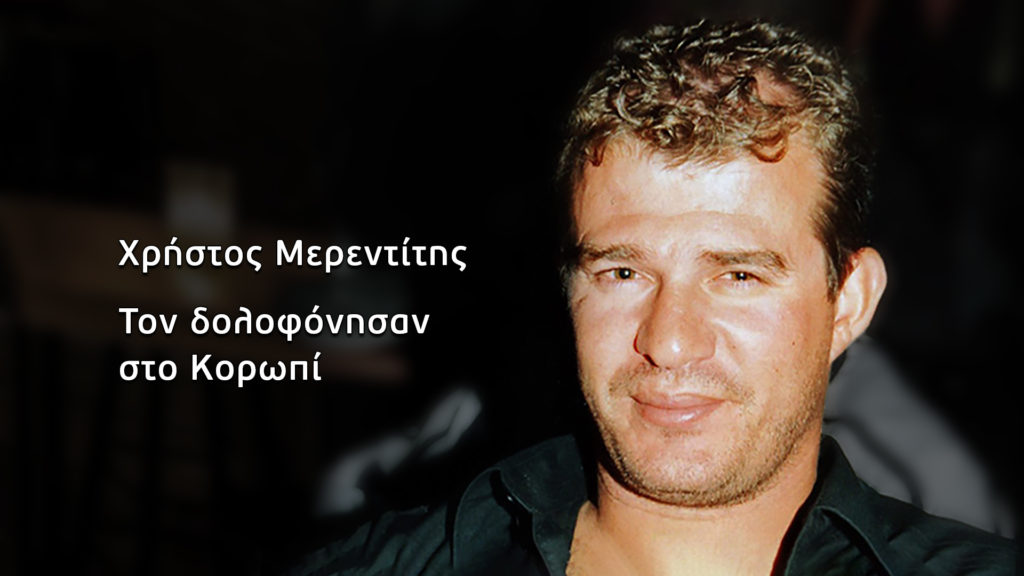 "Tunnel" brings to light again the thriller of the 36-year-old car businessman, who was killed in Koropi and his body disappeared. The reason is the much-praised kidnapping case of the 40-year-old businessman, with the same professional activity, which is in full swing.
Share

Angeliki Nikolouli was found with the camera of the show at the summer house of the murdered Christos Merentitis in Koropi.

She had talked to members of his family, but also to important witnesses in the case.

“He was pressured for money. They also owed him money for work he had done and he wanted to settle his outstanding issues. When I went to the cottage, the truck was missing and I assumed it had been stolen. They had also moved a damaged car to block the entrance to a warehouse. Few knew that this door was opening. There was blood in the area and a calyx was found next to it”, the victim’s father told “Tunnel”.

The blood, as it turned out, belonged to the unfortunate Merentitis…

An important witness spoke about a strange meeting that the victim had with someone, while his wife said she was convinced that someone known to him from his field of professional activity, was probably involved in the disappearance.

The unfortunate man was murdered about eight years ago. In 2018, there was a prosecution for intentional homicide and the case has been put in the file of unknown perpetrators.

The lawyer of the family, Gianna Panagopoulou, received information that shortly before the murder, Merentitis, together with someone else who was also in the ​​cars industry, had gone to Kavala, to buy the second weapon.

The show had revealed with documents that the 36-year-old man disappeared on Tuesday, May 6, 2014 and not on Monday, May 5, as everyone initially believed from his holiday home in the area of ​​Agios Ioannis Koropiou, also known as “Metanoite”, near Varis-Koropiou Avenue.

At that time he was going to marry his partner, who was nine months pregnant. The couple lived in a house, in Markopoulo Oropou, towards Kalamos. In his summer house, however, he would spend the night, since the next day he had a job in the area of ​​Paiania with a colleague.

Complaints that reached the show at the time revealed a background of circuits that spread terror in the wider Mediterranean region, steal commercial cars, machinery and boats, and dismantle cars for spare parts.