He murdered father and son and before leaving, covered his traces...
Share

Tunnel, with the help of modern technology, entered the crime scene and digitally depicted the “hidden” elements …

The unprecedented crime happened in July 2015. 72-year-old retired pharmacist Dimitris Afedis and his 27-year-old son George were found  dead in their own house in Serres.

What came to light took shape and became an image, with a special technical processing.

The offender appeared to wash his hands and the crime knife, wipe them with toilet paper and toss it to the toilet. The shoe prints of the offender and his accomplice on the blood of the victims were presented. 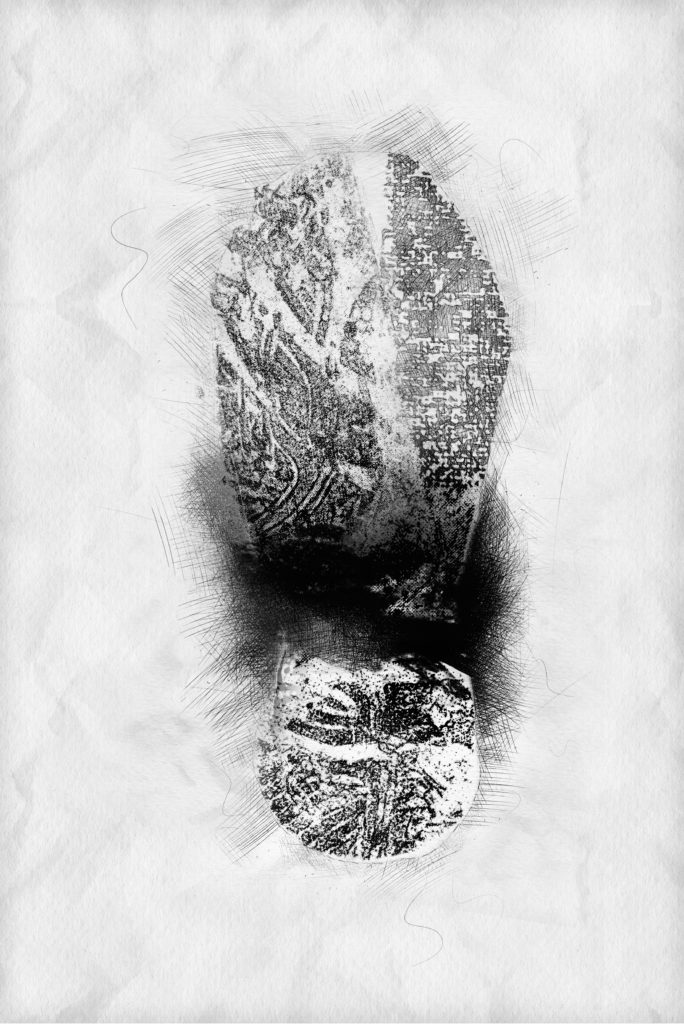 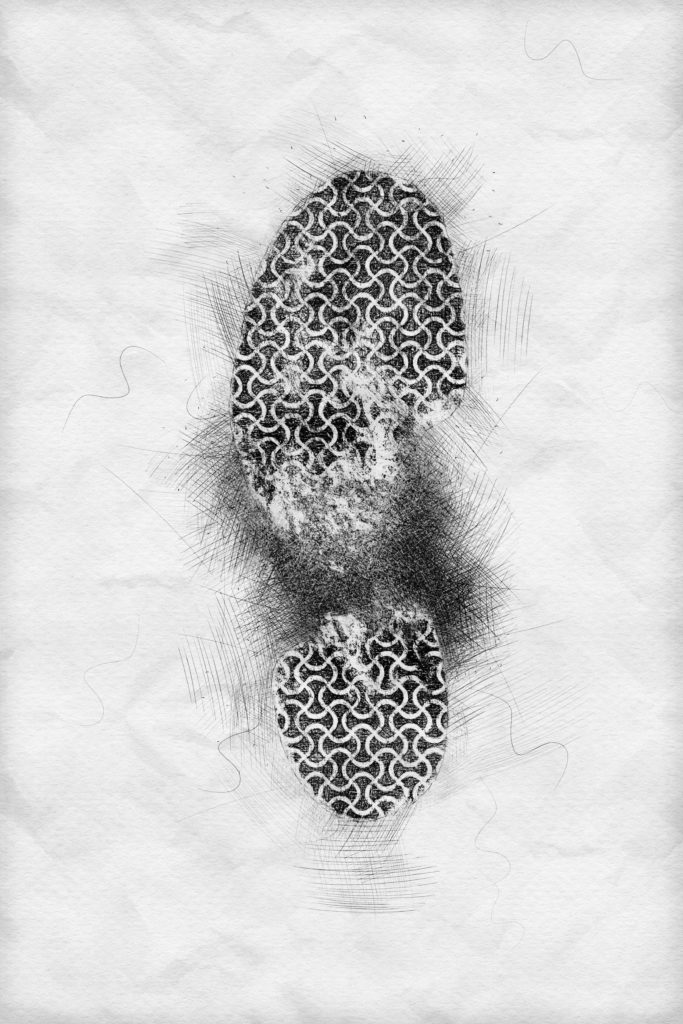 The call center and the “Tunnel” email  literally took fire. Viewers took the role of researchers and began to give information about brands and send pictures of shoe soles that corresponded to the sketches created after the technical processing .

Technology at the service of research …

In a virtual reality environment, Angeliki Nikolouli presented her research on the double homocide that was committed in Serres on the evening of July 28, 2015.
Dimitris Afeidis, a 72-year-old retired pharmacist and his 27-year-old son George was the victim of at least one offender.
The father was half fallen under the kitchen table and his body tilted sideways as if he were in a position of defense, with his arms and legs gathered.
The son was dead in the interior of the front door of the apartment. 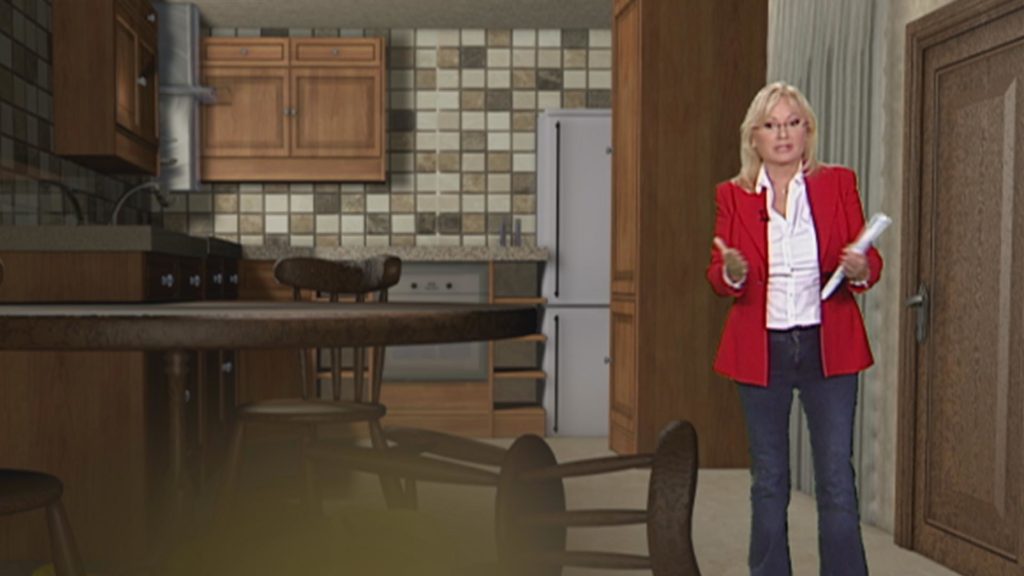 In the blood pool created in the living room, footwear from shoe under soles belonging to two different types of footwear were identified. These findings indicate that the killer might have a co-worker.
Tunnel, through methodical research and a combined analysis of the data, insisted from the very first moment that father and son were victims of a wild assassination, something confirmed by the authorities’ investigation.
The fierce stubs that the actor has done to his victims are reportedly injured himself by the blade of the knife he used. Police officers identified biological material of an unknown man, at specific points in the house.
They found  blood traces in the washbasin of the small bathroom in the apartment. A blue hand towel that was placed next to the washbasin was not found and it is believed that the actor covered a possible wound with it. A piece of toilet paper with blood was found inside the toilet bowl.

What the profiler said

Profiler and behavioral analysis specialist working with the FBI Pamela Karavas, was found in the Tunnel studio. She evaluated the new elements of the bizarre case presented by Angeliki Nikolouli and said:

“In my opinion, the perpetrator or the perpetrators did not motivate the robbery. The robber’s behavior is different from that of the person who goes somewhere with a specific purpose. The perpetrator seems he knew the house The footprint which  it is not whole,  shows that he bounced either to leave quickly by avoiding the blood, or by terror.A heavy man would stand firmly.Here we have a nervous body, somewhat trained which  give us a sport profile.What I also noticed is his confidence assume that could get away , did not care for the blood, went to wash maybe imitating some movie characters, but he did not have the experience because he threw the paper on the toilet, There was no fear in him. He or they wanted  to finish the project and they left without panic. The second actor, is the big question. I appreciate that when the second victim, the son, tried to confront his killer, the accomplices did not go to help him.  “

What they threw in the rubbish …

Significant testimony to  Tunnel spoke of two men who were suspected after the crime in the Lefkona area of ​​Serres. One of them threw in a bucket a pair of athletic shoes and a pair of jeans pants. They both moved with a specific car.

In her telephone interview with the show, the head of the Forensic Service of Thessaloniki, Eleni Zaggelidou, who examined the victims, said  to Angeliki Nikolouli:

“It is important that, with your help, assumptions such as this one that can be solved, come to the fore. I must say that we have worked closely with Serres police and the wish of all of us is to be solved. Please try not to forget these cold cases… “. 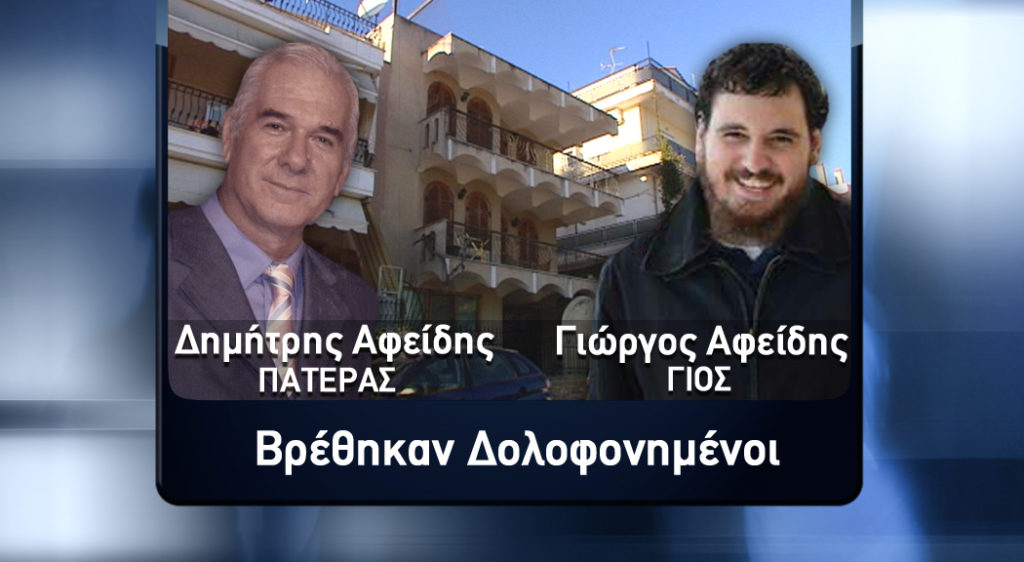 The investigations of the authorities of the double homicide of Serres
Authority’s estimates that  the findings so far indicate incentives for robbery or theft from an offender, possibly with the involvement of a contributor. Although his genetic material was found, he has not been able to lead to the identification of a particular individual.
Authorities proceeded with at least eight hundred suspects for theft and drug cases, both domestic and foreign.
Two hundred and eighty of those who received DNA samples were genetically crossed with findings from the crime scene, but with negative results.
From the fierce blows that the actor committed to his victims is allegedly injured himself by the blade of the knife he used.
For this reason, the Police of Serres was then addressed to the Emergency Department of the City Hospital, but also to all the Health Centers of the Prefecture. They  asked for a list of people who were given first aid after six in the afternoon of July 28, 2015, until midnight on the 31st of the same month. After a thorough examination of the responses received by the Authorities, there was no suspicion of further investigation.
Police officers also asked to be informed if there had been an escape from detainees from any prison. The results of these crosses were negative.
Authorities have lifted telephone privacy. They requested and received detailed data from all those who passed out or near the house of the double killer some hours before and after the crime. The analysis of this process also had negative results.
The active genetic specimen found in the killer’s home, as well as the footprints of the shoe, were archived in the database of Greek Police. At the same time, they were also sent to Interpol for filing and using them for identification with suspects in the future.