A village kept "buried" for years the secret of a young boy ...
Share

The thriller of the 6-year-old Michalis Mitrous has never been learned for three decades.

The strange disappearance at Levidi in June 85, never came out from the border of Arcadia. As his younger sister, who was his him, then a couple grabbed him from the middle of the main street t with few candies …

His sisters over the years have not stopped looking for him in the hope that he is not dead on the mountain because someone killed him as he said, but he lives and is a 40-year-old man. 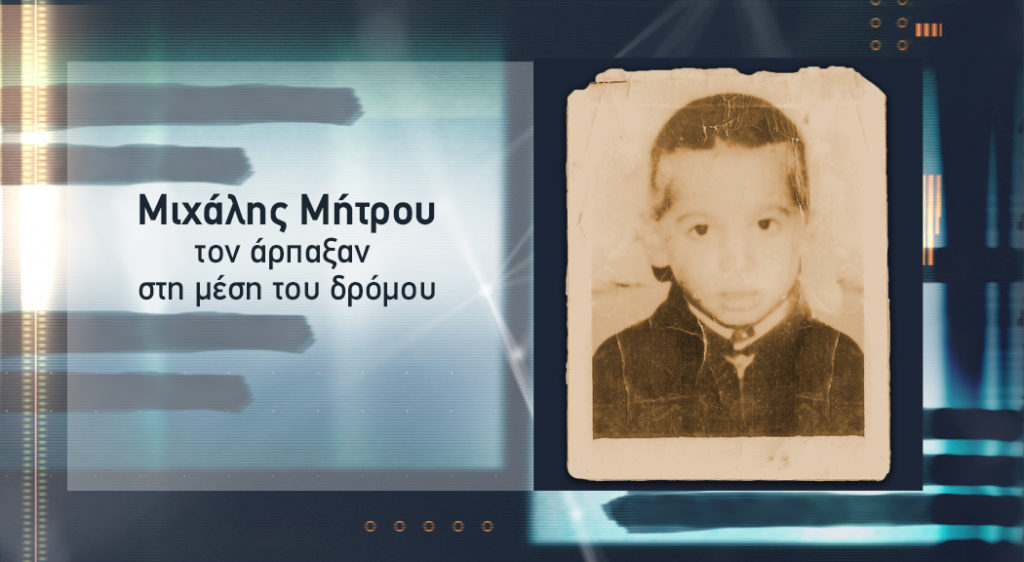 It is noteworthy that this disappearance is common to that of the little Nectarios Cordos who was lost four years later in Messinia. The two little boys, like Annula from Mani and Giorgakis from Dimitra Gortynia, were lost during the summer from  Peloponnese. However, the Authorities have never linked these assumptions.
During the show, the then commander of the Levidi Police Station, with his testimony, gave a completely different dimension to this strange child’s affair.

Today it is a green meadow. In 1985, , in the area of ​​Neninos, Arcadia, Mitrou family retained its farmfrom where its income came from. From there began the thriller of the little boy that was buried for years … 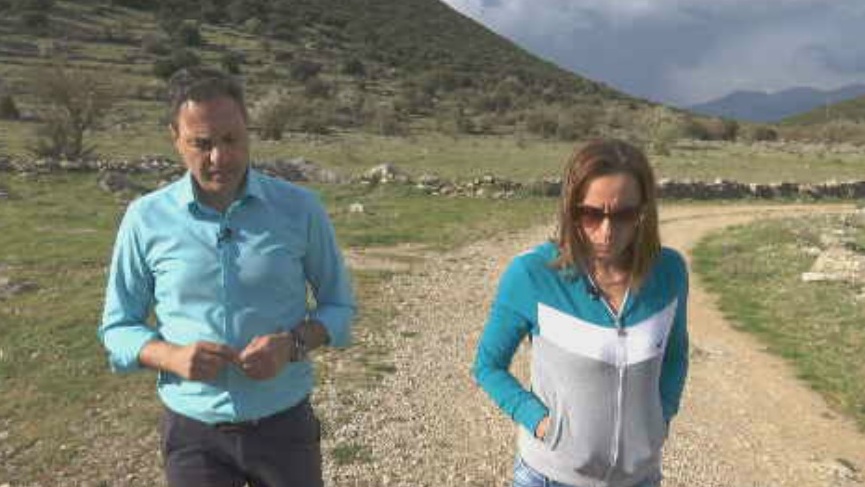 The reporter of the show was found in the spot along with Vasiliki Mitrou  the biggest daughter of the five children in the family.
She described to the reporter what happened on the day her little brother was lost.
“Like every single day that morning, we started all the children together with our father and grandfather to go to the palace. Back in the village stayed my mother with my little sister, who was monthw old at the  time. As children we helped with the work and stayed in the couch for several hours. As the sheep grazed, we were eating there, we were playing there… I was only eight years old. No one could imagine what we would have experienced with the disappearance of our brother Michael. It marked  forever our lives… He disappeared from this point on the morning of June 25, 1985… The kid trusted  some people who gave him candies… “, Vasiliki stressed to  Tunnel. 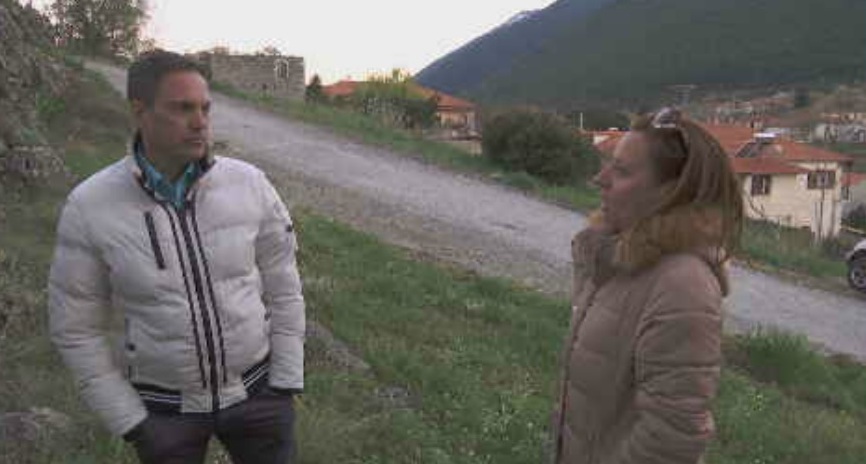 In the first hours of the disappearance relatives literally plowed the area for a trace of little Michael. The next day they notified the police. For the data of that time, there was a significant mobilization, as in the investigations, teams of the army and rescuers with specially trained dogs participated, but without effect.

In the light Michalis “buried” thriller …
Tunnel’s camera recorded the route the four siblings followed  the fatal day.
The rural road passes from the point where the family farm was and ends up in the central road that connects the surrounding villages. 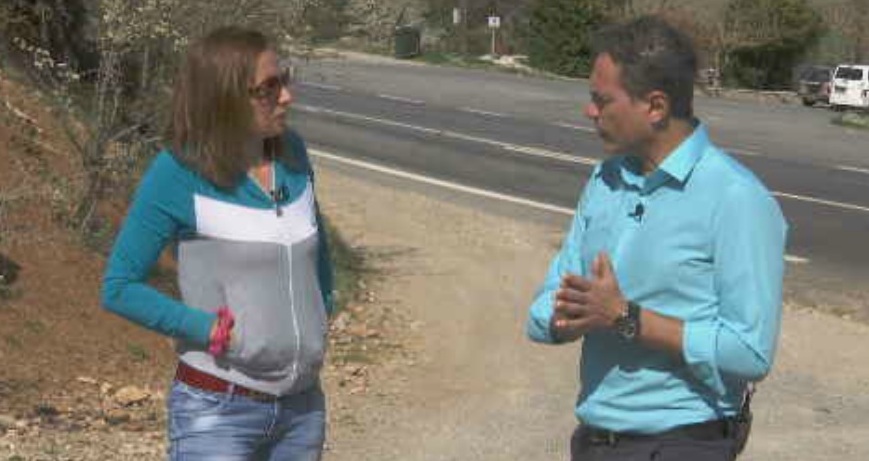 On the way back to Levidi, the two older girls were leading and behind the two younger children. Michalis, who was six years old, with his seven-year-old sister Christina.
“After we crossed the main road we turned and we saw them following us. It was not unusual for us to be left behind for a while, it was a route we did every day. We were not afraid … It was innocent times, everyone, who stayed in Levidi, followed this route, “said Vasiliki Mitrou.
It had been a long time since the two girls arrived in the village and realized that their two younger siblings had not been seen. They turned back and found Christina alone crying.
The little girl told them that a red car with a couple stopped in front of them. The woman came out of the car, approached them and gave them candies. She addressed Michael with his name and told him to go into the car to take him to his father. Vasiliki does not rule out the fact that the couple had planned the kidnapping and knew the route  the child was following.

The bones to which missing child belong to?

A shepherd spoke to “Tunnel”  about the inconvenience that had been caused years later by the localization of a skull and bones in the nearby Noudimos area. 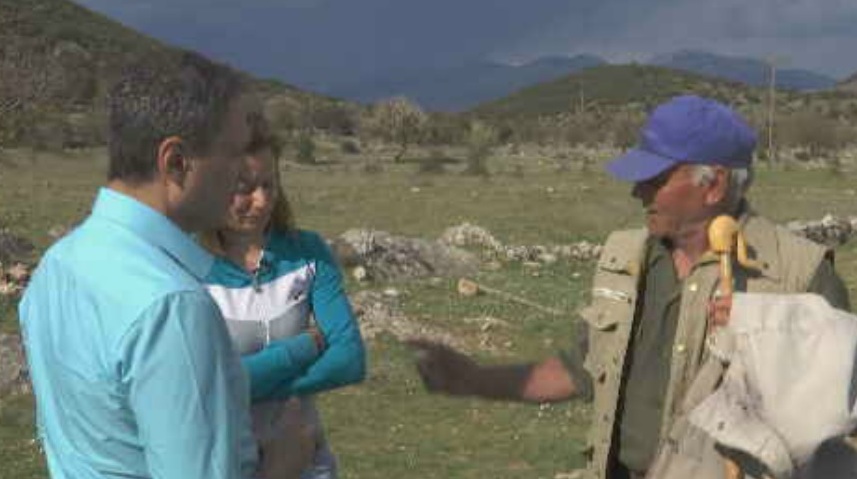 ” A hunter found them and I remember the police coming and people gathering at the site. If I am not mistaken this point, it has been searched for in the first researches when it had been a great mobilization, but nobody had seen a  human skull which they found later. Neither, I have never seen anything strange … “, the shepherd said.
When the bones were found, the police alerted the Mitrou family.
“They told us they would send them for DNA testing, without telling us if they were buried or exposed. They never called  us back to tell us details if they had ended somewhere … Until today we are talking we do not know, ” she said.
The only thing the family has is a document that states that some of these bones are human, probably belong to a boy aged 7 to 10 years and coincide chronologically with the time the child was lost. However, it was not possible to extract genetic material for identification. 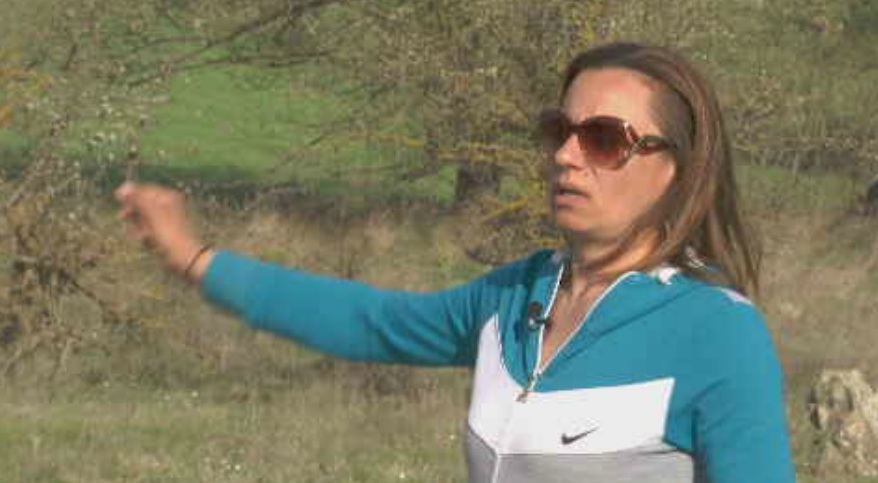 What the head of Levidi Police at the time told Tunnel

In his telephone conversation with the show, the retired police officer Christos Bozinakis, who at the time of his disappearance was the commander of the Levidi Police Department, said:

“When the parent came to us, we mobilized an organized survey. We had called  army, aviation, we drained the wells, there was a man every two meters. I have to say that the parents made a statement of extinction and not of grabbing. We were briefed by the missing kid’s sister for the red car five days later. He then told us that some in their car had given candies before the disappearance and not when the boy was lost. We pushed our investigations into this direction. Of course, it is still mysterious that nine years ago there were found human bones of a child to the point where we had investigated thoroughly. “

Levidi Arkadias: The inhabitants spoke the thriller of little Michalis

Relative described to “Tunnel” the first reactions of the villagers  when they learned that little Michael was lost. 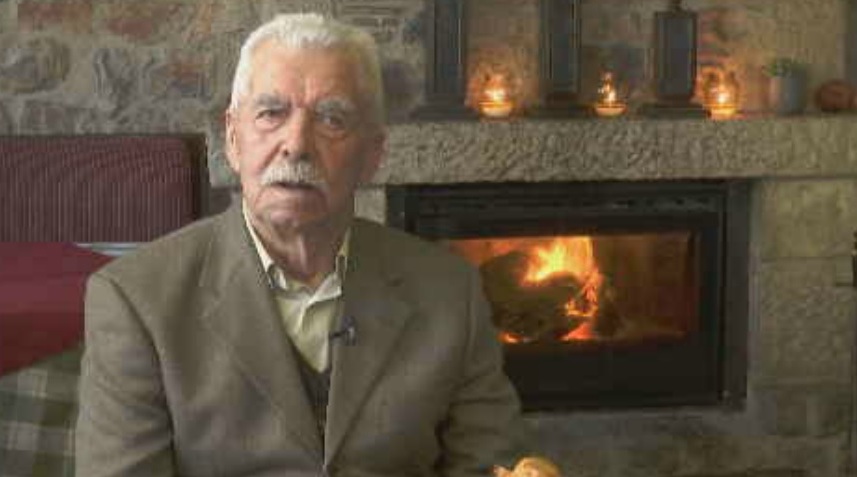 “We did not give any attention at first, we thought he would go somewhere and come back. But the hours passed and all the residents started to search. Then came the army… We heard a lot, that he got in a car, that  they saw him in the mountain and we searched the wells, that they killed  him, we do not know what the truth is … “he said.
Another resident remembers the little vivid  boy who passed through his cafe and drank orange juice. Everything changed when suddenly one day the bells of the village signaled an alarm. 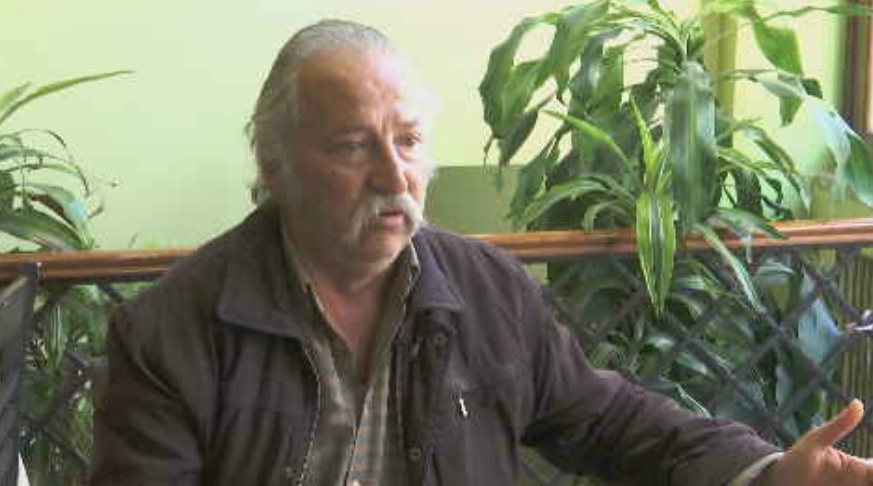 “His father was then old and did not go out to look for him… Many have been said, but nobody knows what really happened … Welldone, to his sisters who continue the research. Anyone who knows something needs to talk. If he lives he will be a young man who will not know where he comes from .. I wish you to find him and give a hope to the family, “he said to” Tunnel “.
The postman of the village reported to Tunnel that had seen the little boy at a  fountain about a mile and a half from the village. But he cannot say precisely if it was the same day he was lost. 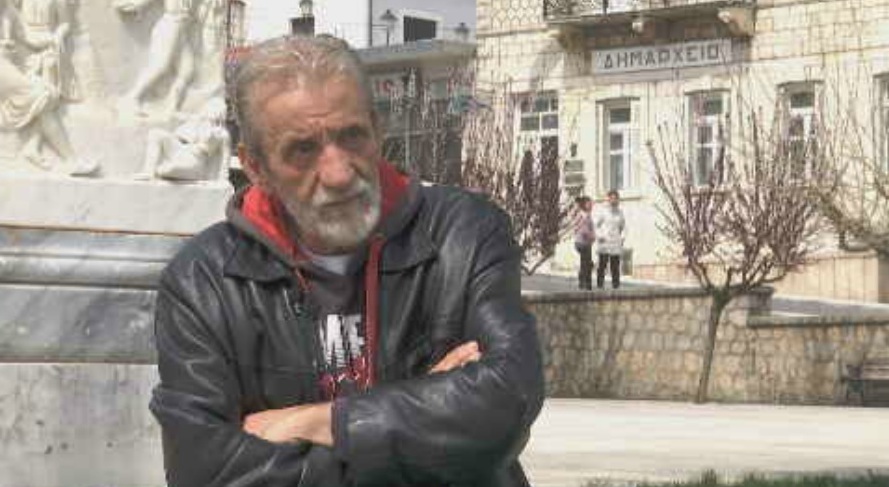 “The fact is that the researches did not begin immediately” he said.
“Or they kidnapped the child or they  killed him… That was heard  then to Levidi. If someone knows something about this case, they have to reveal it, “the priest of the village said. 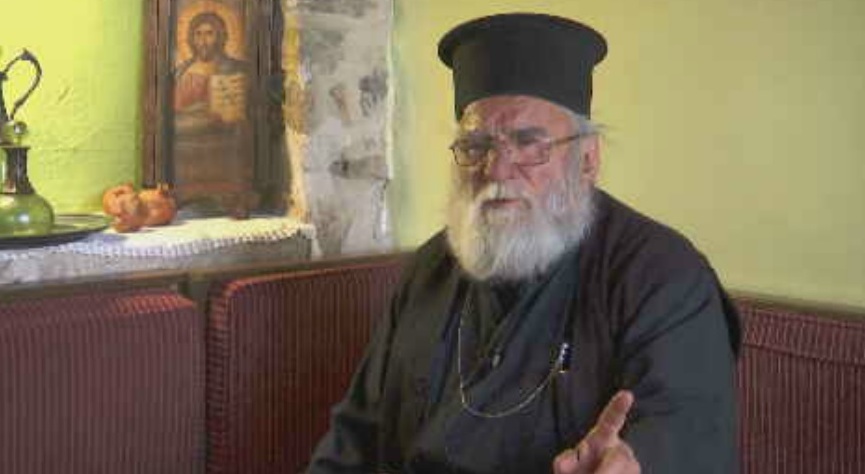 From the mountain where her family’s pennant was, Michalis sister spoke to “Tunnel”. 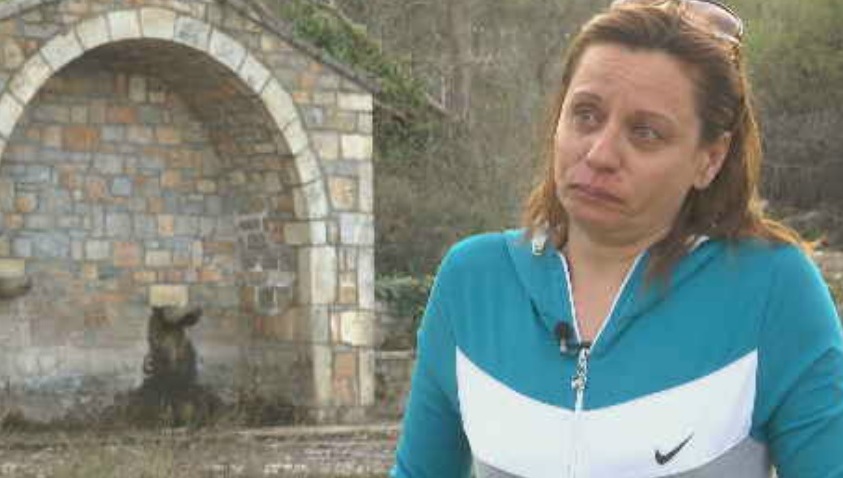 “There is a huge secret here for years  that has to be revealed… All I ask is those who know to come forward. I believe some know what has happened and I ask them to help us learn the truth, as much dark it may be…. It has been about three decades of great trouble for my family. We do not know what to do … Light a  candle for his memory? Is he alive? He does not know that we exist and that we are looking for him?  ” she said excitedly.