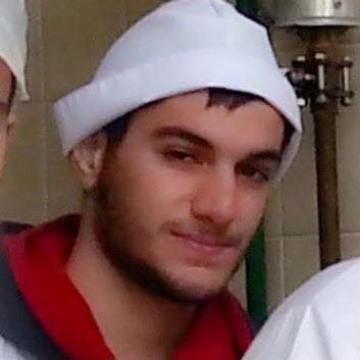 The version of suicide locks with the complete picture of research in forensic laboratories of the Police and the Forensic Service of Ioannina.
Share

The question that was burning the police and the coroner was this: the deep trauma to the wrist of the right hand of the unfortunate student was antemortem or postmortem? The answer given by histological examination which shows that as a left-handed he cut himself on his right hand with one and not two cuts as was mentioned and the quick death came from hemorrhagic shock.

Toxicology tests showed that he had consumed large amounts of alcohol before probably raki. None classmate in the dining room nor his roommate saw Vangelis Yakoumakis drinking at noon on that fateful Friday, February 6th. From so far there is no testimony revealed that someone gave him raki. The police speculated he had hidden in the closet the bottle with the knife and put them before disappearing into the pockets of his jacket, without been noticed by his roommate.

The wounds were found on the neck, face and chest apart, were made after the death of claws and teeth of animals. The minimum blood was detected in the knife was not evaluable because of exposure to adverse weather conditions. In his nails was only his own DNA which indicates that there had not been a scuffle with another person. Plenty of his genetic material was found on the clothes he wore. Generally from the deep and careful research there is no existence of a second person.

After SAD conducted by the Greek Agricultural Organization in Dairy School of Ioannina the Prosecutor had ordered a preliminary examination to determine if any criminal responsibility. The mother of the unfortunate student was called and testified for the third time. She said she did not know about what was happening to his son. Latest she had talked with Vangelis the previous day in the evening. He was anxiety for his grades that would take the following day. The Police Headquarters has decided not to disclose the findings of the coroner once focused on suicide.