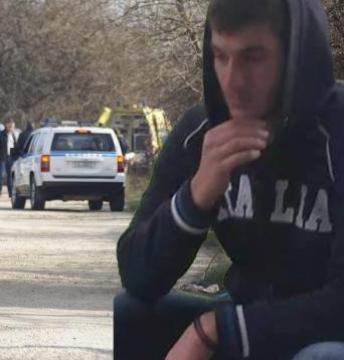 The findings of the Forensic Laboratory of the Police for the circumstances of death of the unfortunate student Vangelis Yakoumaki, already are in the hands of the police of Ioannina.
Share

The outcome of laboratories that sent in Ioannina on Tuesday, March 31: genetic material of the student was found plenty as large blood stains on his clothes and his rosary he was wearing on his hand. (According to the coroner as a left he cut his wrist on his right hand.)

Despite thorough examination there were found no usable genetic material on the blade or the handle of the knife he used, apparently because of the weather. On soil which was taken from where the body of the 20 year old was found , there were not found blood or other usable material, probably due to the continuous rainfall in the region and prolonged humidity.

The coroner Mr. Theodoros Vougiouklakis who conducting the autopsy, will study the results of forensic laboratories and he will deliver his final conclusion, when, the toxicological and histological examinations completed.

As for the new cycle of testimonies from the family, despite the fact that the police officers who are investigating the case sent to Rethymno the questionnaire, the Ioannina Attorney asked to stop the process in order to take first all other testimonies.

After the investigations conducted by the Greek Agricultural Organization in Dairy School of Ioannina the Prosecutor ordered a preliminary examination to determine if there is any criminal responsibility.