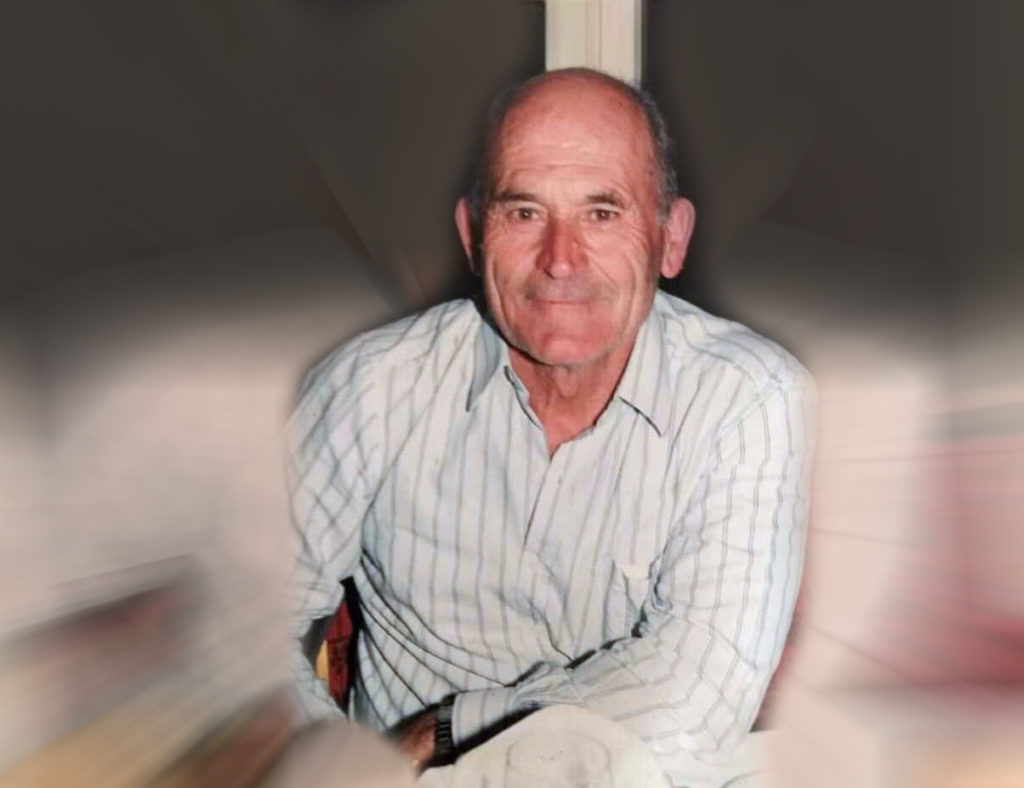 The "Tunnel" was transported to the village of Vasilitsi in Messinia to investigate the strange case of a farmer who has upset the local community.
Share

The disappearance of Christos Soumas was made known to the residents by the village priest. Father Fotios Moutzouris sounded the alarm from the church loudspeakers and urged them to go out into the fields to look for him.

The traces of the retired farmer disappeared on the morning of Thursday, October 8, around 8:30, when he left home to go to his fields. He told his wife he would be back in two hours, but never returned.

The strange thing is that witnesses saw him walking on the provincial road Koroni – Methoni at the height of his village and from there he disappeared. This road is very busy and the family is afraid that a passing car hit him and left him somewhere.

Security cameras recorded two unknown cars in the area at the time of the disappearance, which were not located.

Tragic figure his wife with whom he was married for nearly sixty years. The pain, the agony and her appeal to the camera of “Tunnel”, are moving.

“We saw two unknown cars on the cameras…”

A friend of the missing person, speaking on the camera of “Tunnel”, describes from the place where he was last seen, what happened.

“He left home that morning to go to his estate, as usual. He passed in front of my house and we greeted each other. His wife called me to tell me that he had not arrived at his destination and I went out to look for him,” he said.

His nephew told the show:

“We checked the cameras because we wanted to rule out the possibility of him crossing on foot from this point heading towards the sea. We even checked the cars in the area that passed that morning, except for two, which are foreign. Maybe he got into one of them or he hitchhiked.”

“It was an ordinary day. He left and would return at 10, but never came back. They took him and hid him, what can I say?”, the missing man’s wife wondered.

“I saw him before he disappeared…”

The neighbor of the missing Christos Soumas was the last person to see him that morning, shortly before his traces disappeared.

“I met him on the street at around 08:30 in the morning. We were going towards different directions and that’s why I did not take him with the car. I did not find anything strange in his behavior”, the witness stated characteristically.

His friend told the “Tunnel”:

“I do not think he was hit by a passing car, because there would be something at the spot. I rule out the fact that he passed through here again to go to the other estate. Unless someone volunteered and got him by their car… The whole village was mobilized, he was not small, he cannot have been lost like that. It’s inexplicable. ”

“It’s been almost two months, I can’t sleep, I’m waiting for him to come back,” his wife added at an emotional state.

“We searched everywhere, but he is nowhere to be found…”

The strange disappearance of Christos Soumas was mentioned by his friend and nephew.

“On the ring road there are the latest type of cameras, which were checked and did not record him passing. Searches were also carried out by the Port Authority. Police and Fire Department helped. All the services did their job properly, but without any result. I do not know what happened. It is as if the earth opened up and swallowed him. It is a pity because he was the most optimistic person there is”, said the friend of the missing person, emotionally charged.

“I cannot rule out any scenario, because I imagined that at some point we would find him. Investigations were carried out for eleven days in a row by EMAK and volunteers. He is nowhere to be found… »

The witness who saw him that morning said:

“There is always traffic on the road, especially at that time when there were still foreigners. Nothing could have happened without anyone noticing.”

“I expect him to be found with his photo in his hands, but in vain. If not alive, at least I want to find him even dead to put an end in our agony… My mind goes to the worst. Maybe someone hit him and vanished him”, said Mrs. Alexandra at an emotional state.

“We announced the disappearance from the church loudspeakers”

“As soon as we heard about the disappearance, we announced it through the loudspeakers of the church and immediately the people went to their estates to search. It had not been heard to have any differences with anyone. This is all very mysterious. Other villagers have also disappeared, but were found within a few days. A long time has passed in his case. EMAK brought dogs to detect the traces of whether he is alive somewhere. Then the volunteers brought other dogs in case he is found dead,” the village priest told “Tunnel”.

From the studio of the show, his daughter, Voula Souma, at an emotional state, appealed to anyone who knows anything about the disappearance to contact the authorities or the show.

His other daughter, Vasiliki, also appealed to the viewers in a telephone communication with the show.

A search overnight at the area’s hospitals was triggered by information from a car driver passing by the area at the time of the disappearance.

“I saw a German couple in a caravan offering first aid to an elderly man who had been hit.”

According to the viewer, the German who was also speaking Greek, would transport the elderly man to the hospital of Pylos.

The research will continue in the hospitals of the area.

The day he disappeared he was wearing jeans, a striped blouse, dark slippers and a hat.