The mysterious disappearance of a young child in the heart of Athens was investigated by Tunnel in its first broadcast for 2020.
Share

The story of the 7-year-old Valentine from Congo, which reportedly disappeared on Christmas Eve, touched viewers and dozens of volunteers. Two phone centers, at Tunnel and at The Smile of the Child were operating at night to find a sign of life of the young girl.

The only clue that exists for the second grade student of the 89th Athens Elementary School is her father’s testimony. 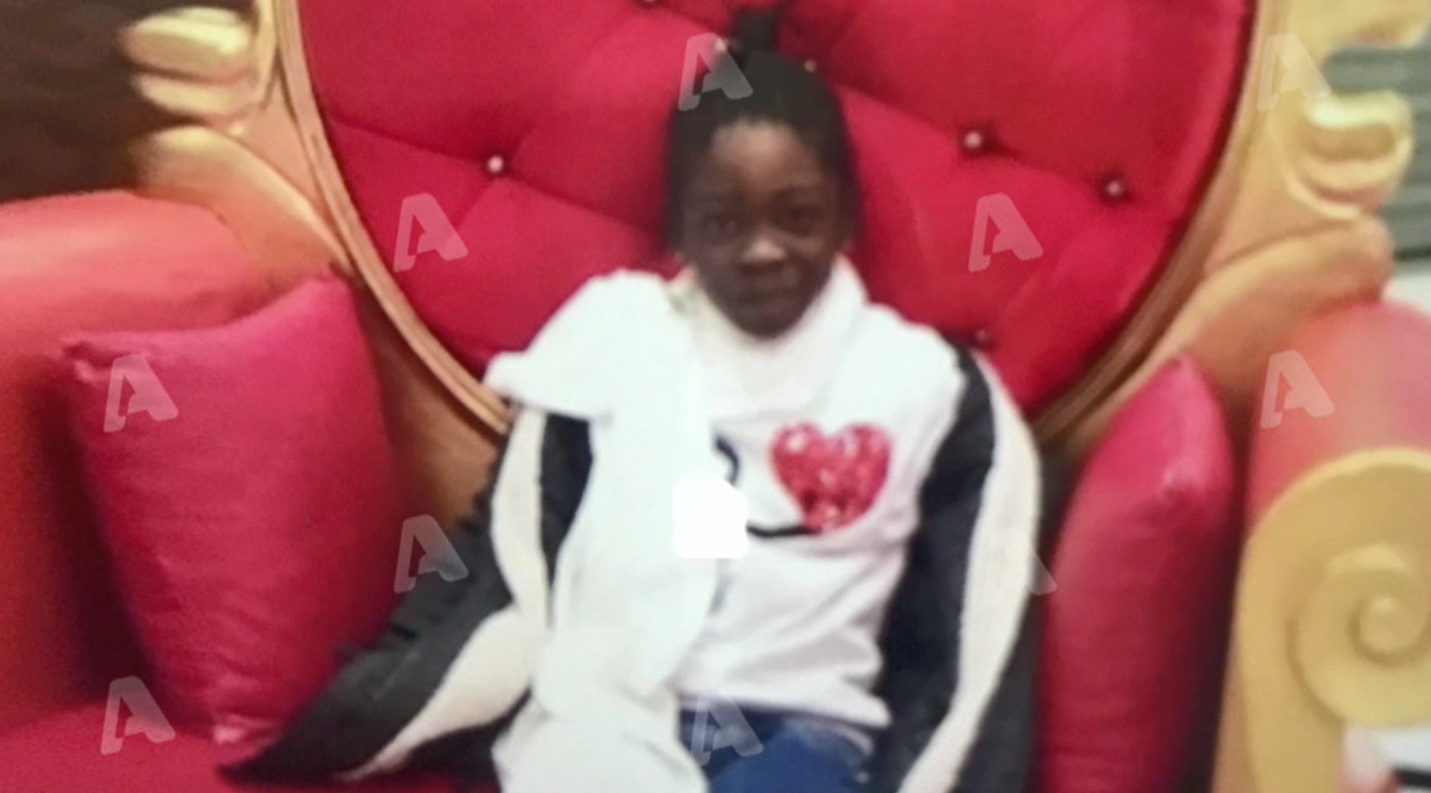 According to what he said exclusively to the Tunnel, on Monday, December 23, he went with his only daughter to Syntagma square to play and enjoy the festivities.

Around four in the afternoon on the way back to their home in Pagrati, he asked her to go to a nearby supermarket to buy him a bottle of water.

He returned to the apartment, where they live with other compatriots, but Valentine did not return.

He went out to look for her for 40 – 50 minutes and when he could not find her, he returned home and slept after suffering what he said was headaches.

When he woke up the next day and saw that his 7-year-old daughter had not returned, he was alarmed and reported his missing child to the authorities.

Despite the large mobilization of viewers, there was no information showing that the unfortunate child is in life.

Instead, alarms from the neighborhood signalled, referring to the father and a roommate’s strange moves on Saturday night and Sunday before Christmas.

They were seen leaving the apartment building holding in both cases large, heavy suitcases.

Valentine Ablavikaka is orphan from her mother, has no other siblings, and came to Greece with her father from Congo via Turkey.

Her father Abelka spoke about the torture he had suffered while living in Kinshasa and his desire to change their lives, coming to our country.

Kostas Giannopoulos, chairman of the board of the organization “The Smile of the Child” found in the show’s studio, spoke about the delay in activating the Amber Alert mechanism for both the father and the police.

“Experience shows us that the first three hours of a child’s disappearance are critical and should not be wasted.”

Sia Kakaruba, social worker at the Smile of the Child organization and co-ordinator for the European Missing Children 116000 line, spoke of the first days of research in department stores and subways, but to no avail.

What the father says exclusively to the “Tunnel”

Abelka, the father of the missing girl, spoke exclusively to a Tunnel reporter almost a month after her disappearance.

“It’s a very difficult time for me that I am going through. I cannot control myself and it’s like I am dreaming. But it is the harsh reality, because she is the only person I have in my life. She gives me the strength to live. My wife passed away in 2014 when we were in Congo.”

Valentine’s father also talked about his decision to leave his homeland and come to Greece.

“I left my country because I was subjected to severe torture that I cannot even tell. When the demonstrations took place in Congo, I was just there and recording pictures with my cell phone. So they took me and tortured me for sixteen days. I knew that because I only had my daughter, whatever I had to do, I would do it with her. Either in life or in death, that’s how we came to Greece,” he said.

Father: I fell asleep and did not inform the Authorities…

The father of the minor describes what happened on the day his daughter disappeared.

“We had gone out with my daughter for a walk at Syntagma to attend the events that were happening, as it was Christmas Eve. On our return I told her to go to the nearby supermarket to get me a bottle of water because I had a headache and wanted to take a pill. I went home, waited for her and when I saw that she was not coming back, I went to the supermarket to ask and they told me they had not seen her. It wasn’t the first time she went shopping alone. Then I was anxious and went out to look for her. I walked for 40-50 minutes and assumed she would come back, because she was always coming back. I also had flu so I fell asleep and informed the police the following afternoon. The only thing that can make me happy is to find her,” he concluded.

Father: I pray to God to bring her back to me

At an emotional state, the father of Valentine called for the investigations to be continued in order to find her, so as to put an end to his distress.

“A lot of scenarios go through my mind, but I really don’t know what to think, what might have happened to her, but I pray to God to bring her back. I was the one to inform Valentine’s school to help find her and a teacher came home to talk,” he told Tunnel.

Neighbour: No one searched it immediately, but two days later

The neighbour of her girl’s family, who lives in the beside apartment, said there had been tensions since they moved.

“They came in and rented the house as a family and the man introduced a woman as his wife. After six months, the noise ceased after she left and several people began to come and go. Now there are three men and three women in the house,” he told Tunnel.

“I was informed by the Police about the disappearance of the little one who called me to ask if I knew anything more. For two days when the child was missing, there was silence at home. The father did not come to ask us if we had seen anything, and we were impressed that he did not immediately report the disappearance. If I had a child, I wouldn’t send him out alone at such a young age. If I had lost it, I would be looking like crazy, knocking on doors, doing everything I could to find it. He has not shown this. It strikes me because she was constantly following him and he was by her side,” he added.

The neighbour had met 7-year-old Valentine several times, who was always smiling and greeting him in Greek.

Roommate: We went to the police the next day…

The father’s flat mate, who has been in Greece for the past seven months, told the Tunnel’s camera:

“I was not home when Valentine disappeared, but when I came back, her father told me what had happened and I started looking for her with him. The next day we went and reported her disappearance to the police. I have no idea what might have happened. We just want to find her. ”

“They said she went missing on Monday, but we didn’t see her in school since Thursday”

The mother of a classmate of the missing child at 89th elementary school in Athens, in second grade, spoke exclusively to Tunnel.

“On Monday, December 23, her disappearance was officially announced, but she had not been to school since the previous Thursday of the month. She told her classmates that she would change school without giving them any further details. From what I know, the procedures required for such a change had not been initiated,” she said.

“Because she did not attend class many other times, her absence was not suspected at first,” she said, referring to a sweet little girl who was hugged by everyone from the very first moment and was by her side to help her adjust to the new environment.

“She is smart, very active and she learned Greek very fast. I hope they find her soon in good health and go somewhere that will really be worth for her,” she added.

“The father was asking if I saw Valentine”

The girlfriend of the owner of the apartment where the missing little girl had been staying with her father for the last year and a half said to Tunnel:

“When Valentine was lost, her father came to ask me if she was with me or if I had seen her. I saw the kid a few days before Monday when they said she disappeared; she greeted me and asked me how I was doing.

This was the last time I saw her,” she said.

According to her, there were often tensions in the apartment with the alleged wife of the father of the child.

The show also went to the supermarket where, according to her father, the minor would go shopping and was lost. But the shopkeepers claim that she did not visited the store, as evidenced by the security cameras delivered to the authorities.

Chrysoula Hassapi, a volunteer – rescuer in the “Thanassis Makris” search and rescue team of “Smile of the Child”, along with her dog Maffin, found traces of the missing child near her home.

“On Christmas Eve night, we were notified by the organization for the disappearance. In order to be able to work, we first went to her house to get her scent through some objects. We first started with the dog from the child’s home and reached her school. Then the dog drove us to the area of ​​St. John’s subway station, with signs that the child had passed from there. There were a total of three dogs that confirmed these indications,” she told to the Tunnel’s camera.