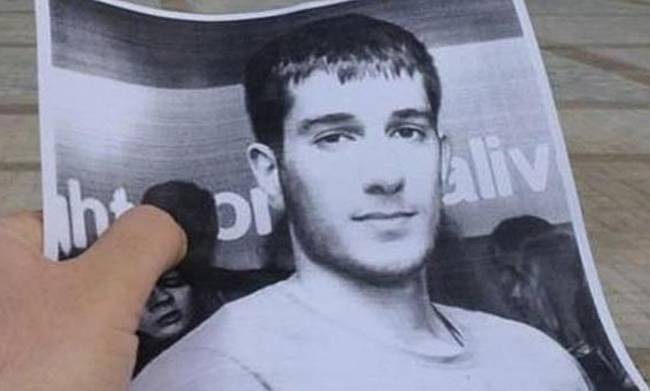 With the examination of new witnesses, cintinued the trial at the Court of First Instance of Ioannina for the wild buylling, which was accepted by the unfortunate Vangelis Yakoumakis.
Share

Nine young Cretans are accused of dangerous personal injury jointly and continuously at the expense of the student. None of the defendants has ever appeared before the court and were all represented by their lawyers.

The hearing was started at noon on Tuesday 7 May. Of the four witnesses who were about to testify, only three appeared. A former student did not appear in court to be examined, citing health reasons.

Former roommate of the unfortunate student, testified that everything charged to the accused was “just fun” among the students. He stressed that the “Cretan team” was united as a punch, creating no problems and firmly denied that some of them had hanged the unlucky 19-year-old from the window.

At the last meeting of the witness, Vaggelis’ uncle, Giorgos Vidiadakis, reported that from the day of his disappearance, he was found with the mother of the  student in Ioannina. He stressed that he was trying to get information from the school environment for his nephew.

“I learned that they were locked him out. They had him hanging from the window. They were subjected to physical violence. They were taken to the corridor, “he said among others.

At the hearing of private investigator Fontas Vrosgos, tensions were caused in the room, on the questions of defense advocates. Vaggelis’ troubled mother, came out of the room.

“My child they negotiate your loss… Where are you  to tell us what happened… I lost my child… “, she said crying.

One of the defense advocates, Mr Kokosalis, said: “I believe that from the whole process until now, nothing has been proven. Vague speculations and cries, as a result of rumors that developed around the case, much later than the disappearance of the late Vangelis. From a legal point of view, this is a construction. We have baptized meat fish, dangerous bodily harm some incidents, which so far at least I have not found that have been proven. All witnesses have said, I have seen, heard, without naming the source of their knowledge. I believe that until now, nothing has been proven. If the late Vangelis lived, a clever, mature child, as outlined, an adult child, would certainly not have dropped his fellow students and friends for the acts they allegedly did. If it is buylling, there was no legislation when Vangelis was in the School. It was instituted, after the disappearance of Vangelis. If it is something else, it is definitely not dangerous personal injuries. Why is it bodily injury? Because the offense is on its own, and so the process has come to the audience. This case came to the audience, because some chose to change their testimonies after meeting with a number of extra-institutional actors that emerged in the audience. The notion was understood, “Mr. Kokosalis said.

See frame-by-frame the developments and research of  “Tunnel” in  the case, here.