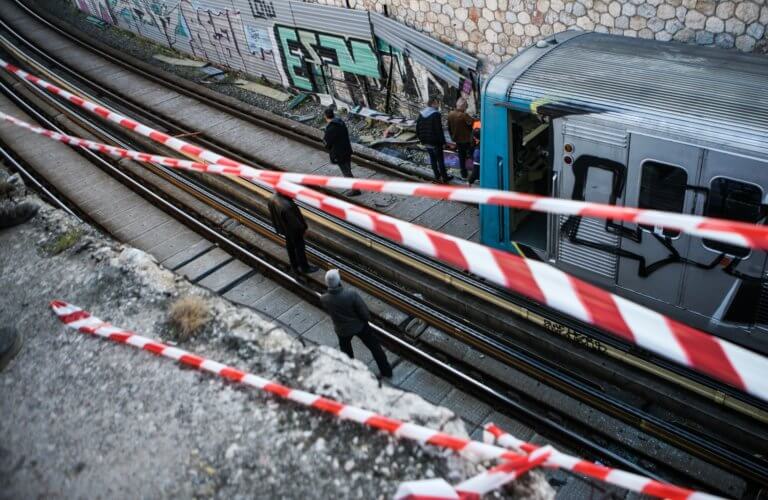 An undergraduate student fell on the train rails because no one thought to stand next to her when the man who had abused her was arrested...
Share

This unbelievable incident that happened on Thursday, May 23, in Moschato area, sparked anger in public opinion.
As the Smile of the Child announced that on Thursday 9th of the month, a citizen denounced on the agency’s line that a man had been abusing a young girl only 14 years of age. The Organization, in turn, informed  the Prosecutors and Police Authorities to investigate the case and take the necessary action.
Meanwhile, the juvenile’s parents learned what was happening and her step father on Tuesday, May 21, attacked the man as he was at his store. Some peasants called the Police and men of  Department for the Protection of Minors arrested the 43 year old man  for  seduction of a minor on a continuous basis.
But no one then thought of supporting the young schoolgirl and her family directly.
The 14-year-old, thinking she was in love with him, wrote her feelings on a note and two days later she put an end to her life felling on the  train rails at Moschato train Station.

Strong was the reaction of Angeliki Nikolouli when these details became known in “Tunnel”.

“Nobody thought in the Department of Child Protection to protect the child and the family with psychologists? As a mother, a citizen, and a reporter I am very angry! Citizens are reporting such serious incidents, but unfortunately they are not evaluated as they should and human lives are lost … “, she said.

The chairman of the organization “Smile of the Child”, Mr. Yiannopoulos, said:

“As soon as the citizen called us and complained about what happened to the 14-year-old girl, we skipped the bureaucracy and connected him directly with the Department of Child Protection . The very next day, we sent all the data of the complaint to the Prosecutor’s Office. We immediately informed the Authorities as we always do in such cases. Although there are two excellent psychologists in the Child Protection Department, the child was not protected. “Smile of the Child” has the only center in Athens for such occasions. Unfortunately, we were not asked to help, “he concluded with emphasis.

On Monday, 27 May, the 43-year-old charged with seduction of a minor under the age of 14 and miscarriage in a degree of felony and a misdemeanor of pornography of minors, after his apology and with the consent of a prosecutor and investigator, he was held in custody and taken to prison.