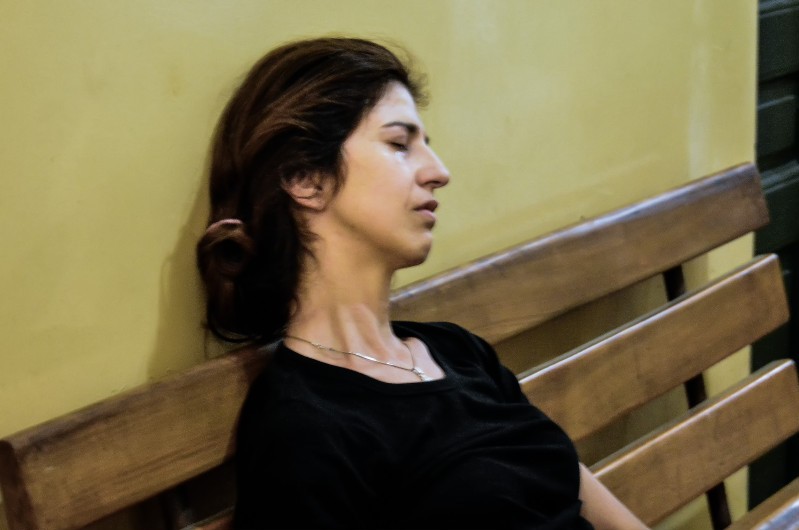 In an unprecedented show of bad joke, the two widow's advocates turned the hearing.
Share

After the completion of Angeliki Nikolouli’s examination, held in a climate of unjustifiable tensions and verbal attacks, they continued the same and worse tactics as the next witness.
The police officer who participated as an overseer when she confessed that she had murdered her husband without signing her testimony had received a nasty assault by the two lawyers.
The court president asked them to comply and have more decent behavior. Then the two lawyers of the widow, father and son reacted by leaving the court, literally letting their client, who had frozen in the dock.
The court has appointed two new lawyers on its own initiative to defend the accused.

The President was requested to be excluded

Leaving the two attorneys of Dimitra Voulgari, they said they would apply for an exception from the Court of Justice!
The President of the Spartan Court with the two ordinary magistrates who went to Tripoli rejected the request for an exception filed by the accused.
Negative to the same request was the Prosecutor’s suggestion that “detailed scrutiny of the minutes did not reveal evidence of bias”.

The show of the accused

The theater of the absurd starring the widow of the Valley was often played at the Joint Court of Justice in Tripoli, leaving everybody speechless.
When Dimitra Voulgari learned that the trial would continue with one of the lawyers who appointed the court of its own motion, she responded by saying that the trial would only take place with its own legal representatives.
The Chair replied in a negative way and the defendant took the known fainting from her … pocket.
As a result, an ambulance was called for to be transferred to Tripoli Hospital and the court to discontinue. 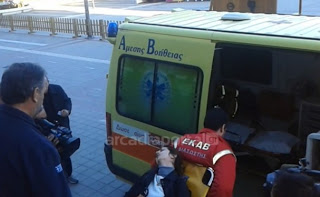 On Thursday, December 15, 2016, the cleaning lady of the widow’s house and of the house where the captain was found murdered testified. She claimed that one month before the murder she found in his friend’s house the unclean feminine clothes that fit the widow’s body and a sheet that she recognized as belonging to her. She replied that she had cleansed the house and the shutters before the murder, so the footage of the accused was recent.
As she told the court, her accused asked her to falsify and claim that she did not transport her to her friend’s house for cleaning but the captain. She revealed to the court that her accused mother threatened to “repent bitterly for what she said about her daughter.”

Witnesses “burned” their friend and owner of the house

A new turning point in the Valley Crime trial gave important witnesses to the Tripoli Common Court.
She was the two employees of her widow’s friend and owner of the house where Thanasis Lambros was murdered. They argued that their boss, Takis A., was absent on the day of killing by the machine shop he held between 12:15 and 13:30. Their testimony contrasted with that of the owner. The same a little earlier, he had told the court that he had not left that breakfast at all from his workplace. His machine shop is near the murder site.
Another important witness, the couple’s best man, told the court that at 12:40 that day he heard the unlucky captain shouting “I’ll kill you,” tears and two shots.

The owner of the house lodged for hours in court. During his examination, the Seat was strictly against him and insisted on the fact that the key of his house was found in the victim’s machine.
“To leave it on the machine means that someone was waiting for him. Who else had a key besides the victim and you? “They asked the witness to answer:” No one else. ”
“So,” the judges insisted, “you waited for him …”.
The witness described the relationship between the defendant and her husband as problematic with quarrels and tensions. He accused the widow of having a bad talk to the captain and constantly asking for money he spent in her personal shopping.
Referring to the victim, he testified that he had an extramarital relationship with a young woman, whom he met in his own home.
The witness himself testified that at that time he was in the machine shop and he did not hear the shots.
Captain’s child’s friend is the man who found him dead in his house by his own weapon. It is he who threw the remaining bullets out of his drawer, while in his hands there were traces of gunpowder that he claimed to have come from his workplace. 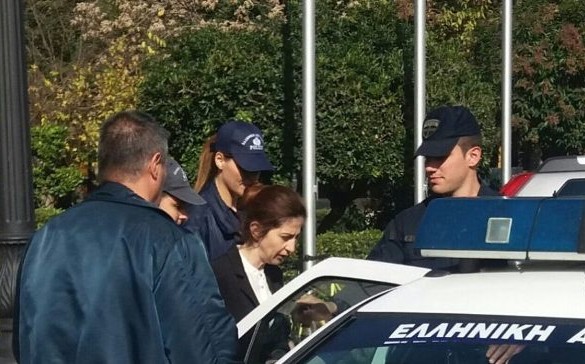 Out of bounds were what happened in the Hall of the Joint Court of Justice in Tripoli, in the extravagant trial for the assassination of the Valley on Tuesday, December 20, 2016.
The widow of the Valley left without apologizing! Dimitra Voulgari followed the advice of her resigned lawyers and left the court!
Before filing a statement in response to a request, asking for the redefinition of the two advocates of Spyros and Vassilis Robbitis, who had resigned!
The court after a meeting rejected the request and both lawyers literally caused a loss in the room.
They started to yell among other things “you will not take us out of our house” and “if we leave we will leave and the accused”.
Meanwhile, Dimitra Voulgari did not hesitate to tell the court that she will not be apologized for the absence of these lawyers. In fact, one of them called her “Evertiti”, causing her to follow him.
When the President, surprised to address him, said “But will not exercise her right to apologize?” He replied: “It was her apology to name the perpetrator and now you will not learn anything”!
This incredible situation continued for a long time until the President noted in the minutes that if Vassilis and Spiros Robbot did not leave the room quietly, they would leave a police escort, which eventually happened. A little later he left the court and the accused.