Christmas Eve was given the answer to the thriller of Vergi Serres with the missing farmer, but the puzzle was not solved ...
Share

The findings in the mountain combined with the findings of his relatives in his house lead to the version of the criminal act.

Tunnel was found again in the village and followed with the relatives the rough route of death. The picture spoke itself and gave answers even to the most skeptical.

The macabre secret of the disappearance of Thanasis Polychroniadis was hidden in the dense forest of Flamouri, outside Vergi. The platform and its tractor traced accidentally by a shepherd were covered in snow on a slope of the forest, high up on the mountain.

One day after about two kilometers away, police found the remains of  the unlucky elderly. 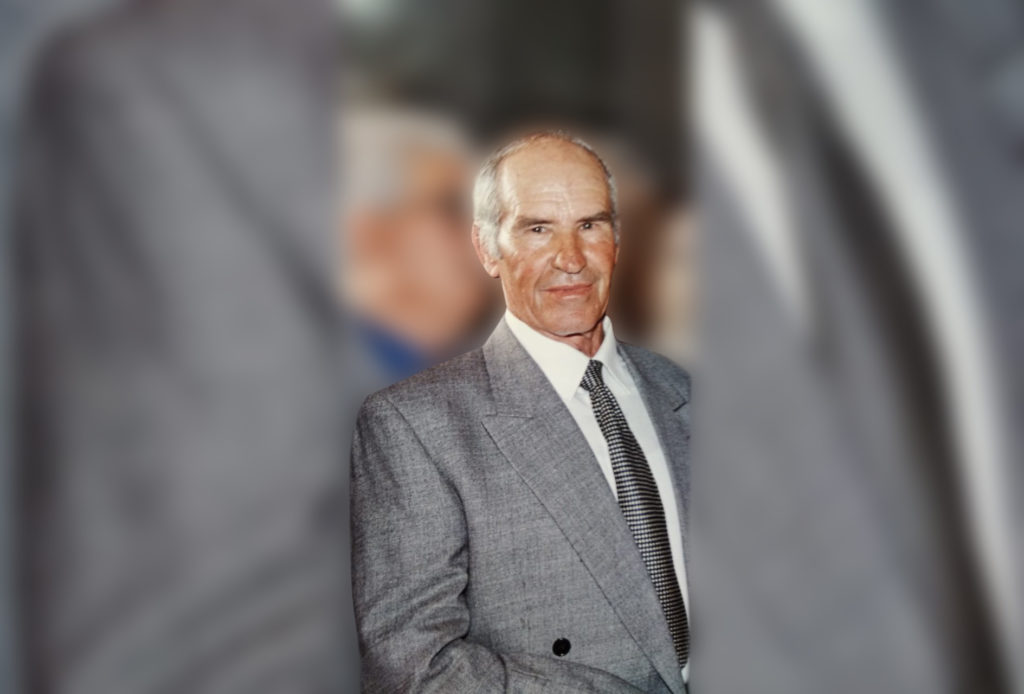 Darkness from the Coroner …

Coroner Minas Georgiadis performed the necropsy. In the skull and other available parts of the skeleton of Thanasis Polychroniadis, there were obvious traces of wild animals’ teeth. The autopsy did not lead to clear conclusions since the corpse was disintegrated.

For this reason the causes of death are considered unknown and it is impossible to determine from the existing findings.

His tractor was retrieved with extreme difficulty and moved along with the platform to a special police venue to be examined by a Criminal Investigation Team.

Retired Police Director Thanassis Katerinopoulos found in  Tunnel studio, assessing the evidence of the investigation, spoke openly of murderous action at the expense of the unfortunate farmer. He stressed that the motive was not the robbery since the olive oil was found on the platform, but financial and personal differences.

“There is no dementia from one moment to the next …”

Regarding the possibility that the unlucky farmer had symptoms of dementia and lost his orientation,  “Tunnel” contacted the neurologist – psychiatrist, director of the Department of Neurodegenerative Diseases of the Brain – Memorial Clinic and chairman of the National Observatory for Dementia and Alzheimer’s Disease, Doctor Paraskevi Saka.
The specialist scientist explained that a person does not have dementia from one moment to the next. If someone had experienced dementia in the past, but these were at an early stage, they could not have been perceived by his surroundings.
She also stressed that if someone at this age feels a threat, psychological pressure or fear, can lose his orientation and get confused. 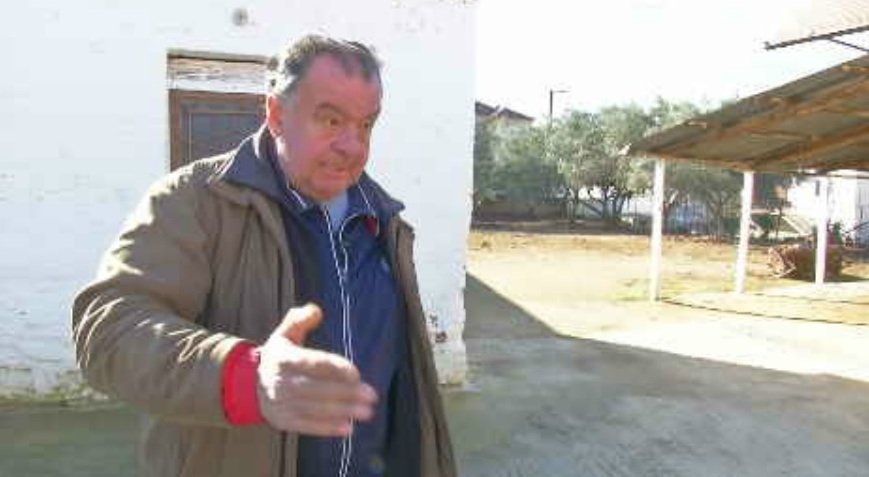 “He was thinking and behaving with clarity”

In his telephone call to Tunnel, the son in law of the unfortunate farmer Theodoros Aliatidis said:
“There are many and unanswered questions that torture us as a family. We believe that our man returned to his house and we wonder what it was that made him leave. Some people seem to have taken him to the mountain, “he said.
In a related question by Angeliki Nikolouli about whether there was a case to go to the mountain to pick up woods, he replied:
“For several years he had stopped going to the mountain for whatever reason. The wood he was using came from his own estates, he did not cut it himself and there were in his yard enough for his needs. Even if he decided to go to the mountain, would he do it during the night? ”
He also said that from the bank account of Polychroniadis, a sum of several hundred euros was received, a few days before the disappearance.
“No money was found at the house, despite the fact that, after consulting with his daughter, he had left an amount to pay a bill. Because I’ve heard a lot that he was forgetting things or losing his orientation, I have to say that the family did not have such samples. I personally asked his fellow villagers and the people who saw him last at the oil mill and they all told me that he had clarity in his thoughts and behavour “he said.

Tunnel at the  route of death…
Tunnel reporter recorded with the show’s camera the route  that Thanasis Polychroniadis allegedly followed from his house in Vergi to the point where he was found.
Together with her was the nephew of the unfortunate farmer, Stelios Polychroniadis.
As shown in the footage, to the point where the tractor was found, the road is inaccessible, it is about six kilometers away from Vergi. The road  is usually used by woodcutters and hunters. 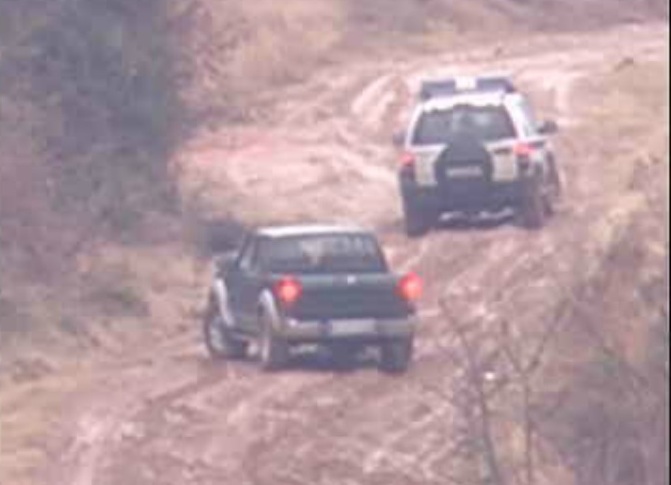 “In my opinion, my uncle would not go to cut wood at nine in the evening. Even assuming he had dementia symptoms, he would not be able to reach as far away as the road is full of turns and it is dangerous for a tractor with a platform that is loaded with oil. On this road even a 4×4 wheel  rural car could find difficulty, not an old tractor like its own. You must be a pilot to get over here … I do not believe that he was here alone in the middle of the night …”, his nephew said. 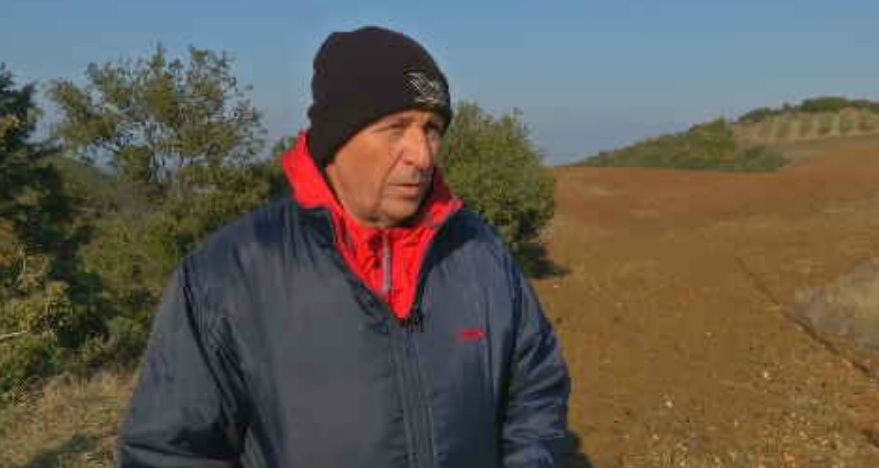 “Why hide the tractor here?”
The nephew of the unfortunate farmer spoke to Tunnel’s  camera from the research site in the Flamouri Forest, outside Vergi.
“We were told that the tractor was upright with the platform loaded with oil. Someone led it to the point, it did not fall off a hill. Why did my uncle come  up there? What reason did he had to hide the tractor? There was no case, in my opinion, to take this route in the night with this old vehicle that had no lights. It is very difficult for me to believe that he has arrived here by himself … “said Stelios Polychroniadis.
He confirmed the testimony that came to Tunnel that on the day of the disappearing another farmer found an olive tree in his olive grove on the road as though something heavy had passed over it. The direction showed that what ver broke the trunk of the tree was directed from the village to the forest road leading to Flamouri.
Head of the OFKATH team, Christos Ramos, who participated from the beginning in the investigations, spoke on the show’s camera. 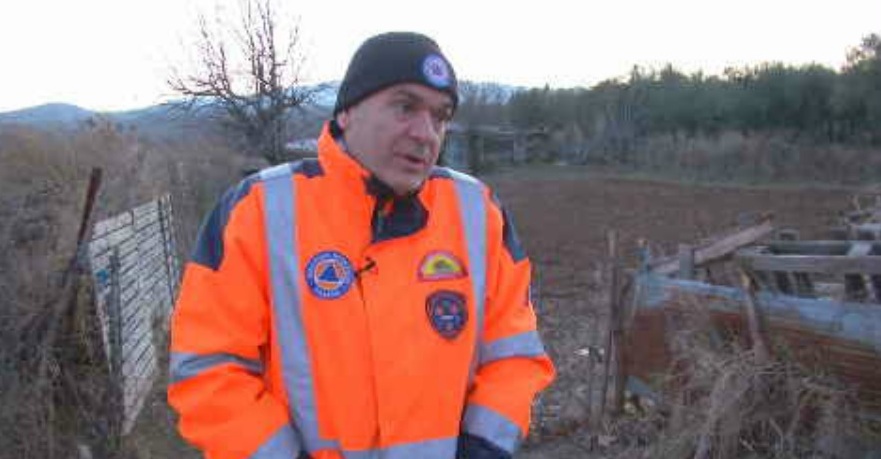 “My personal view is that Mr. Thanassis did not go alone there in the night, or he did not drive his tractor,” said Mr. Ramos.

Members of the OFKATH  went to the spot and appreciate that someone drove the tractor on the slope and did not fall off the road.

The lawyer of the unfortunate farmer’s family, Stergios Saraidaris, said to “Tunnel”:
“There are a lot of questions that concern the family and they are waiting the results of the investigations of the Authorities. First of all, the image of the house shows, according to relatives, that there was interference from a third person who entered the room and he made sure to clear some traces or cover others. An important element according to the family is the fact that all recent calls have been deleted from the victim’s mobile phone. ” 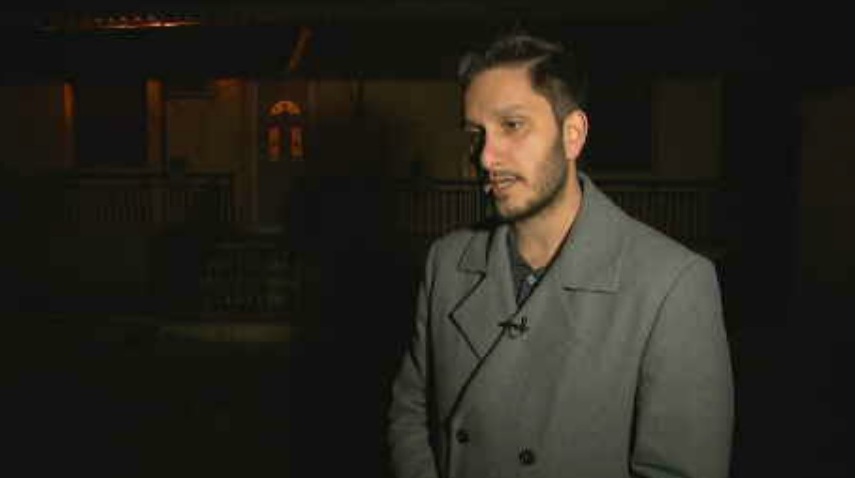 He said a legitimate question is what can make an elderly man come out of his house.
“Why go with the tractor and the platform at that point in a forest area at that time? We think that if something happened to him and lost his orientation, he would have been lost near the village. We look forward to the completion of the investigations and I believe that there will be some criminal prosecution. Beyond that, the family will do what is necessary to attribute justice, “he said.

See frame by frame all the develpments of the case here.