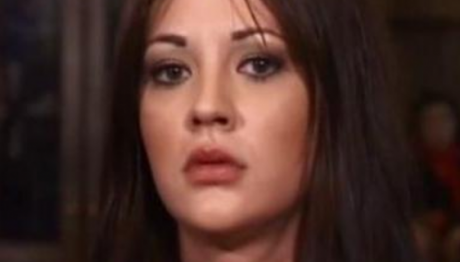 Criminal prosecution for the culprit of Angeliki Peponi by an unidentified intent asked the Prosecutor of Preveza and referred to the overwhelming case that Tunnel had lit up in the main interrogation.
Share

These important legal developments were launched when on October 14, 2018, the skull of the 26-year-old Angeliki, was found cut off in a ditch, in the area of ​​Preveza from where she disappeared. That’s where the deep Tunnel’s  research started in 2010, and moved the viewers.

The relatives of the unfortunate girl immediately after the laboratories confirmed that the skull belonged to beautiful Angeliki, through their legal representative, they asked and was accepted, that the case should be open again. The aim now for the family after and the prosecution for homicide brought by the Prosecutor is to launch a new investigation circle that will reveal her murderer …

The revelations for Angeliki…

On October 14, 2018, the skull of the 26-year-old Angeliki, was found  cut off in a ditch, in the area of ​​Preveza that disappeared.
That’s where the deep research of Tunnel started and ended eight years ago.
The relatives of the unfortunate girl are asking the case to come out of the Archive and start a new investigation circle that will reveal her murderer …
The legal representative of the family Angelos Peponis found in the studio, said:
“Unfortunately, we had to wait eight years to get an official answer to the case which  Tunnel highlighted. The accompanying data are important in such cases of scrutiny and we are now faced with a new judicial struggle.

The new evidence, which in this case is the skull, combined with the contradictions of key witnesses that have been highlighted in the past by the reports of the show, oblige us to file a memorandum directly with the Prosecutor. Angeliki Peponi’s case must be retrieved from the Archives, reconsidered and countered by those who have fallen into contradictions. “

Tragic figure the mother of the unfortunate girl, Eleni Peponi. The pain has left its mark on its facial features. She herself said to “Tunnel”:
“I want to thank all those who helped to find my child’s skull, even after so many years. If they had been looking earlier then we might have found it all … ” 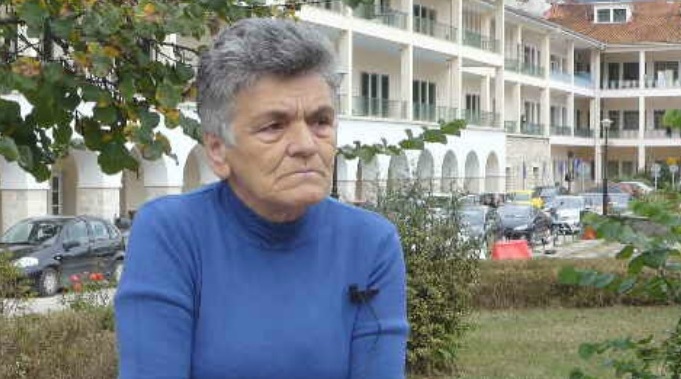 With breathtaking breath she continued:
“We all knew she was not alive. We believed she was somewhere in the area. From there she called us last time on the phone and in the same place cell phone deactivated.We did not need anything else, we knew … “.
“Fortunately my son overcame the danger. On the other hand, I do not know if what I feel is relief now that I made sure my skull belongs to my girl … What will I get? A can with half a skull to take it where it should be … All I ask is justice … “Angeliki’s mother said .

“Half the truth has been found. We want the other half … The case has to be retrieved from the Archive. Find other testimonies. Personally, I appeal to anyone who knows something to speak even now … “, the sister of the victim, Katerina Peponi, told Tunnel. 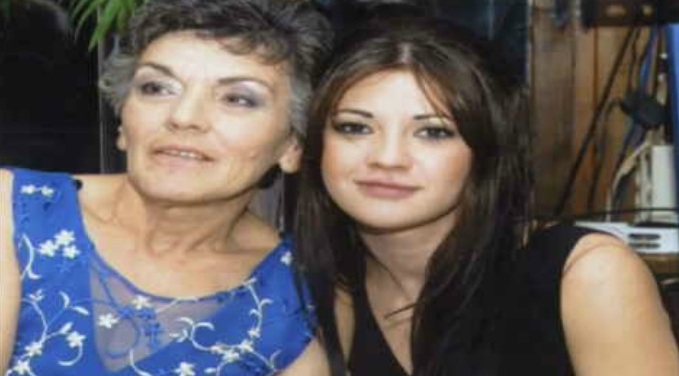 The deep research of the “Tunnel” and the contradictions

The traces of beautiful Angeliki were lost on Thursday, June 17, 2010, from Preveza where she was living.


The revealing testimonies and contradictions brought to light by the show for her 26-year-old boyfriend have provoked the rage of the residents of Preveza and public opinion. “Tunnel” revelations had already been preceded by another similar case in the same area, with victim Efi Fatourou who was murdered.
As evidenced by friends’ testimonies, Angeliki Peponi was the toy of a certain man. According to their complaints, he systematically abused her and restricted her from being able to communicate with anyone.
Her boyfriend initially claimed to meet her the night before disappearing and told him he would go to Arta. His son, however, revealed to Tunnel that at midday when Angeliki  was gone, she was at their house. This important element was never mentioned by her friend to the Authorities, nor in her  family.
From the remove phone privacy  of the missing person’s cell, she seemed to have frequent contact with him in the hours she was missing, something he himself denied. Her cell phone was deactivated  in the area where he is living  and working.

The friend continued to say that Angeliki left his house and sent her relatives to look for her in different cities even in Albania, where they had supposedly seen her. But the girl was nowhere.
There were few witnesses who mentioned in the show that beautiful Angeliki was trying to get away from his nets, but unfortunately she did not. 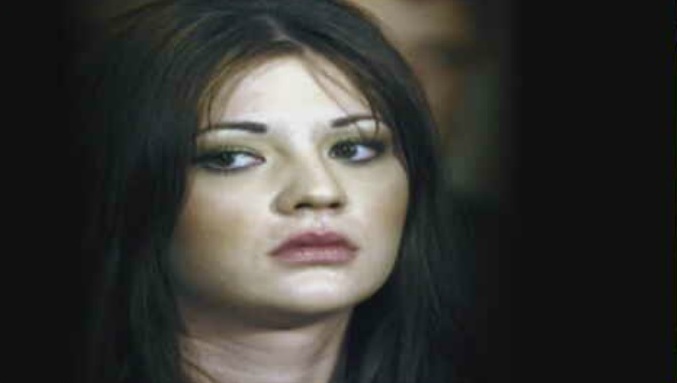 What did Angeliki’s “friend” was saying when he was in prison
The friend of the unfortunate girl who allegedly pushed her into the harsh world of drugs, came several years later in the face of Justice.
The accusations accruing to him were the disposal of narcotic drugs to third parties on a continuous basis and on a recurrence. At first instance, he was sentenced to life imprisonment, but in the Appeals Court his sentence was reduced and got released.
Aggeliki Nikolouli, who, during this time, did not stop the persistent inquiry about Angeliki’s mysterious disappearance, contacted him in March 2013, in the prison where he was.
At first he told the researcher that he would not want to go against the girl’s family and repeat the same scenario. The journalist insisted that what he himself claimed was that  Angeliki was in Albania or Epirus placew that have beein investigated without results.
When she told him directly that he was abusing her he replied:
“You’re wrong. You do not know that from her … “.
Despite the reporter’s arguments that the girl’s cell phone was locked in the area where his house was , he claimed that Angeliki was alive. He claimed he did not know that the girl had been waiting for him before her death, as his son revealed to “Tunnel”.
Once again, the friend urged the reporter to look around Angeliki s environment   to find the edge. She then avoided answering when the researcher struck him with her questions.
When the journalist prophetically told him that someone vanished and  buried the girl, he replied: “I do not want to believe such things, we would have found her …  She’s gone and lives elsewhere, somewhat more rosy …”
But he tried to repeat his threatening message to her brother. “I do not forget, I do not forgive, I punish …” were his words.

“Tunnel” contacted lawyer, Alexandros Papaioanidis who represents Affeliki’ s friend. According to his statemnet, “her friend  has no involvement either with the finding  that was found, nor with Angeliki’s disappearance.” 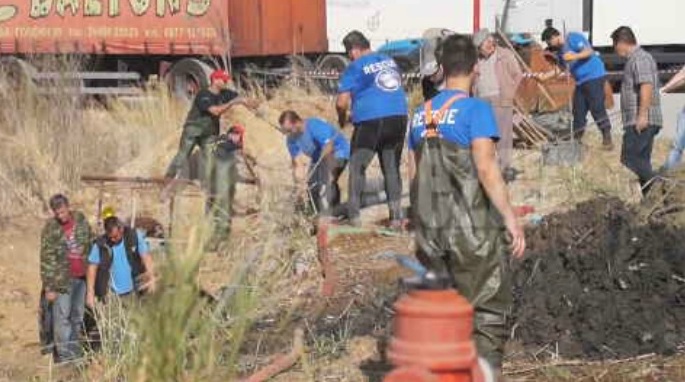 The macabre discovery and the revelation
The forensic professor and head of the forensic department in Ioannina, Theodoros Vougiouklakis, from the very first moment had estimated that the skull belongs to a young woman and that the death is placed 8 to 10 years ago.
On the macabre find he spotted a sign and he therefore asked to see the medical file from Angeliki’s hospitalization in Arta’s hospital in 2009. The girl was then the victim of a traffic accident that had damaged her on the left side of her head.
At the same time a DNA sample of her  relatives was requested from the Authorities. The sign on the skull proved to be compatible with that  Angeliki had, and a few days later the forensic laboratories of Greek Police concluded that the skull from which the lower jaw was missing belongs to Angeliki. Another characteristic trauma to the finding, to explain  the mechanism of death, did not exist, but questioning is the fact that only the skull was found. 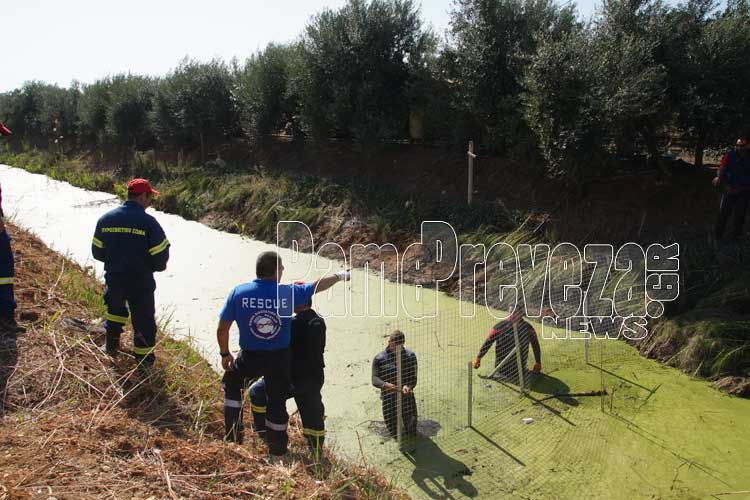 Special crews literally “sifted” the soil to the point where the skull was found and dampened the trench with water to investigate the bottom. Only small bones and bone fragments found on the site were identified as belonging to animals after a specific examination.


The last act of family drama was played on Monday, November 5, at the cemetery of Vrysoula Preveza, where the only bone found from her body was buried after eight  years.