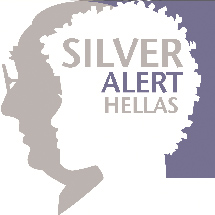 This year the Life line brings to light rather socking data. The most obvious form of abuse is the physical violence such as hitting, slapping and kicking. According to these data women seem to be the majority of the victims. More than one third of these women, suffer either from Alzheimer disease or from dementia.

The report coming from the World Health Organization (WHO), in July 2011, showed that annually 2.7% (4 million) of all people over 60 years old, experience some form of physical abuse. 19% (29 million) psychological abuse, 3.8% (6 million) economic exploitation and 0.7% (1 million) sexual abuse.

The mistreatment of elderly people leads according to recent estimates to 2.500 (30%) annual homicides, most of which are committed by family members of the victim. In Greece however there is great lack of data on the size of this problem, due to the fact that these incidents are not being registered.

According to a research conducted for the years 2008-2010 in our country, the number of victims of abuse, even of sexual abuse, reached 126.111 people, where a large percentage involved ages between 80-84 years. The National Line SOS 10-65 during its first year of function received 88 calls about complaints of elder abuse.

The Life Line asks people to take a stand by denouncing similar incidents.