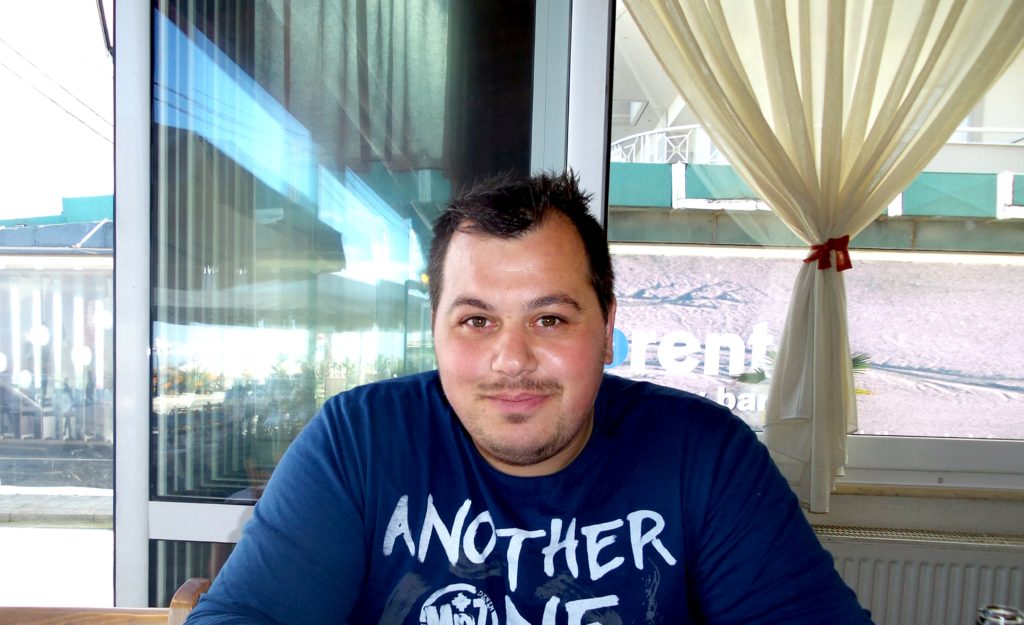 The Tunnel revelations in the case of the young father from Larissa who was hung in his car in a suburb of Vienna were shocking.
Share

The deep research of the show brought to light on Friday, November 10, new elements of the established crime …

The unanswered questions about how the Austrian authorities handled the case of Dimitris Sarantis led  Tunnel into deeper investigation.

As the Austrian police did not give any answers as to whether the material was checked from the CCTV in the parking lot where the unlucky young man was found, the broadcast sought out space managers. After many contacts,  reached the managing director of the organization managing the parking lot of the sports center. 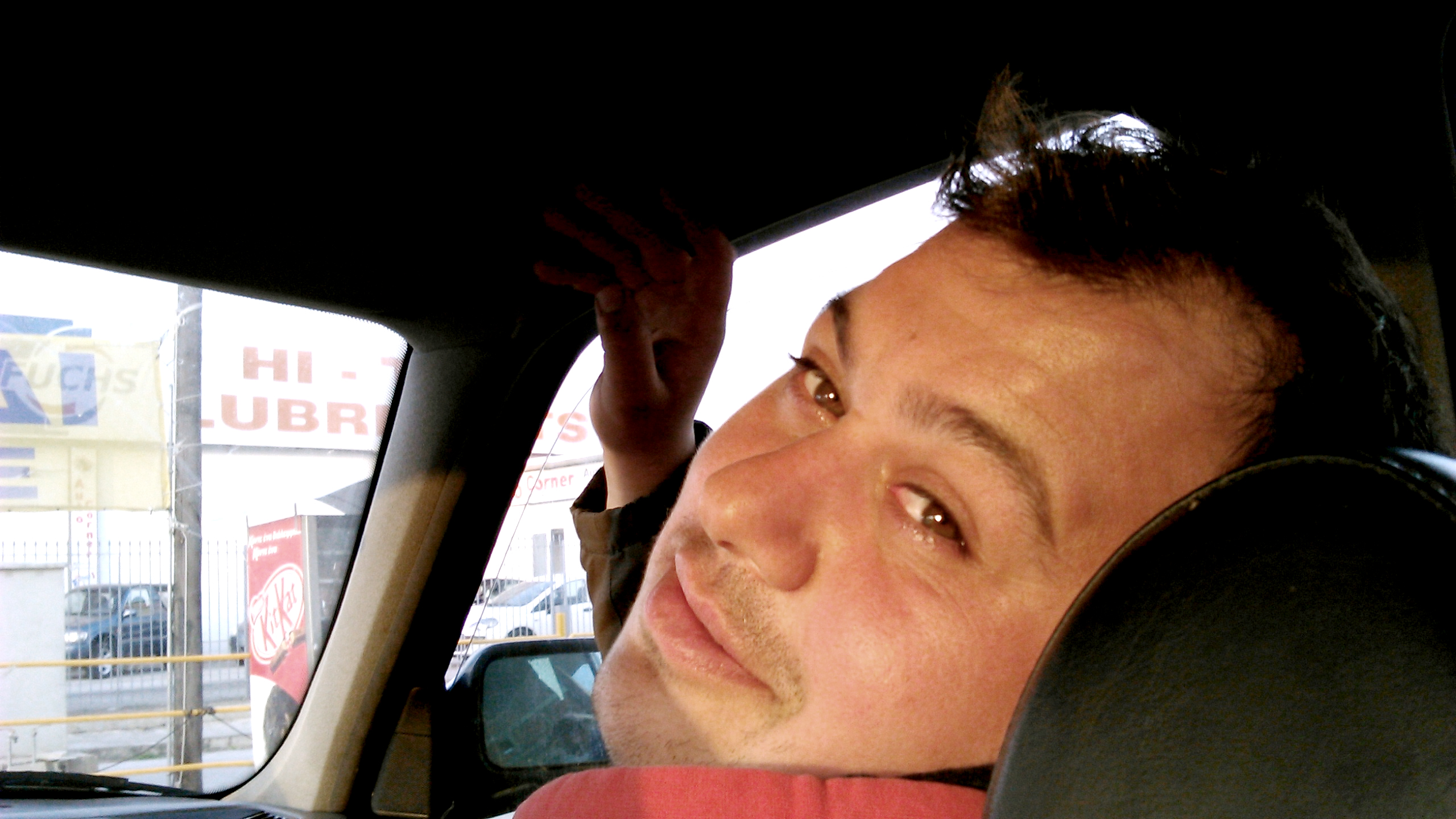 What she said shook and cause concern.
She has been working for this position for several years now. She explained that the car park is free to the public, it does not have a stop  at the entrance, nor a watchman to supervise it.
“We only have security cameras. They fully cover the parking lot and we keep their material for one week, ” she said.
When the reporter referred to the fateful night when  Dimitris’ wife and his friends found him dead in his car which was parked there, she was surprised.
“It’s the first time I hear it. We cannot find something like that  in our parking lot and not getting informed. ”
She argued that no police officer ever asked for material from these cameras.
“I am surprised. I had to be informed. I will have to contact the police immediately “, she concluded. 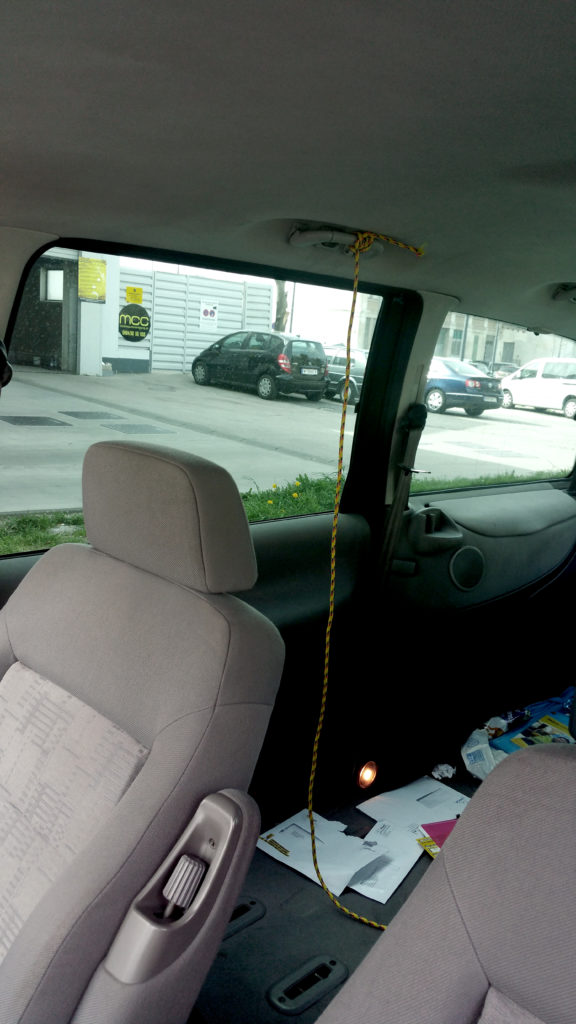 The specialist solves the looping puzzle …
Observation of a viewer gives a new twist to the thriller of Dimitris Sarantis from Larissa.
“Tunnel” aired the photographs taken by Sarantis’ friend in the car  where he was found dead. At the back side , one could distinguish the rope with which Dimitris Sarantis was allegedly hanged. When Angeliki Nikolouli reported that the victim was right-handed, the viewer contacted the show. What attracted him was the way the rope was tied to the car’s handle. 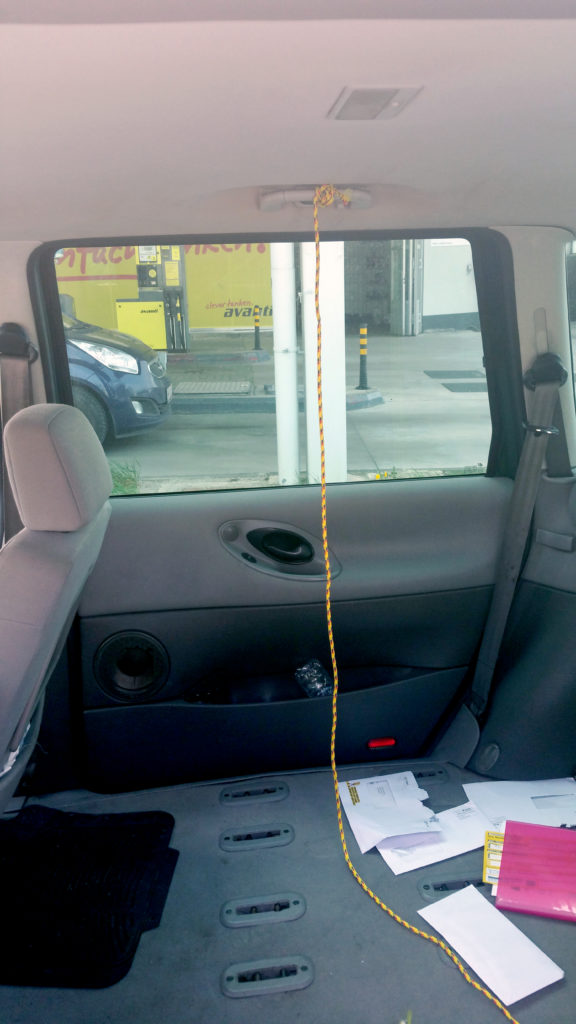 “This knot is mountaineering. It is called “scissors” or “double scissors”. The way it is placed on its finish shows that it is left from left to right, which means it was tied from a left-handed. To be sure, we were experimenting with a colleague who is left-handed and tied in exactly the same way, “said the observer.
According to the witness, if a right-hand man attempts to tie such a knot, he will tie him from right to left.
“This is a simple knot that is tied relatively quickly but is very strong. The strange thing is that it is mainly used by climbers or rescuers who want to go down to a ravine, for example. The one who tied him was certainly familiar with knotters and probably comes from the area of mountaineering or climbing. If not, is someone who has been taught how to tie this knot. In Austria where Sarantis was found dead, these are widespread sports, they are taught even in their schools … ” he said.

EMAK officer Dimitris Stathopoulos, after seeing the photos, appreciated that the knot is simple but can not be made by accident. Someone must know the way. According to his opinion it is not necessary to be made in this way only from a left-handed. 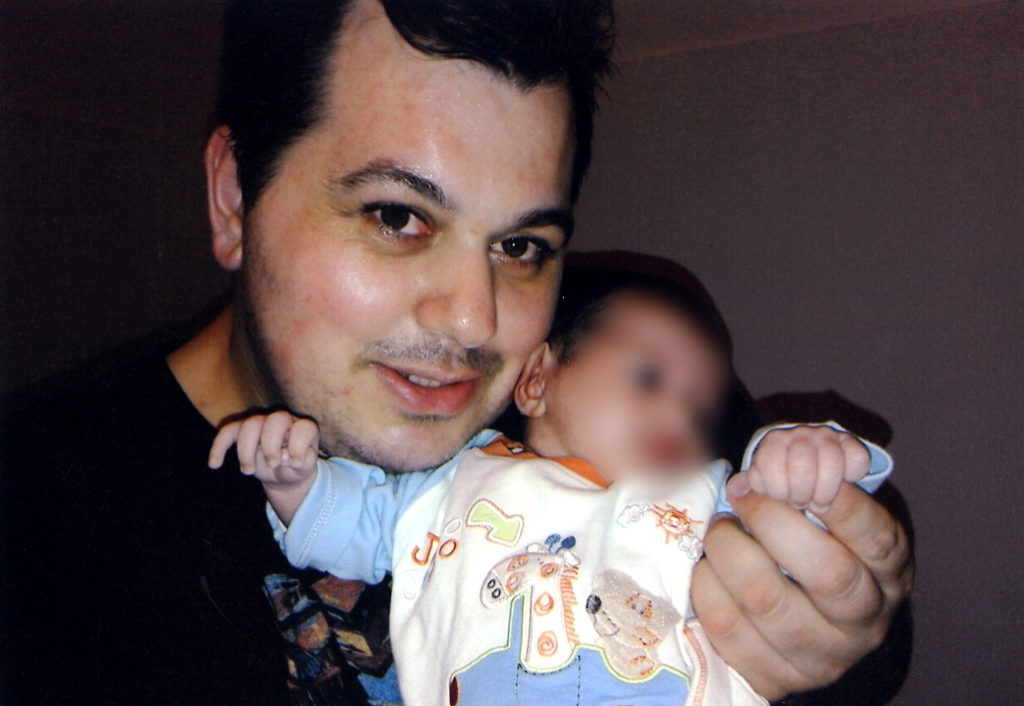 The dream for a better life became a nightmare
The young widow of Dimitris Sarantis spoke to  “Tunnel” without showing her face.
The couple struck by the unemployment that plagues the country, decided to look for a better life abroad. The opportunity was given in 2014 when a friend of Dimitris, who was already working in Austria with his wife, suggested that they could work in the kitchen of a Greek restaurant in Vienna.

Some time later they changed jobs and ended up at Mödling in a Greek restaurant.
According to the young widow, everything went well until she got pregnant. Their employer did not like the  joyous news. His behavior changed. Then they agreed that Dimitris would  continue working, but not his wife.
“The months went by and when I got to the eighth month of my pregnancy, they asked my husband to stop.” 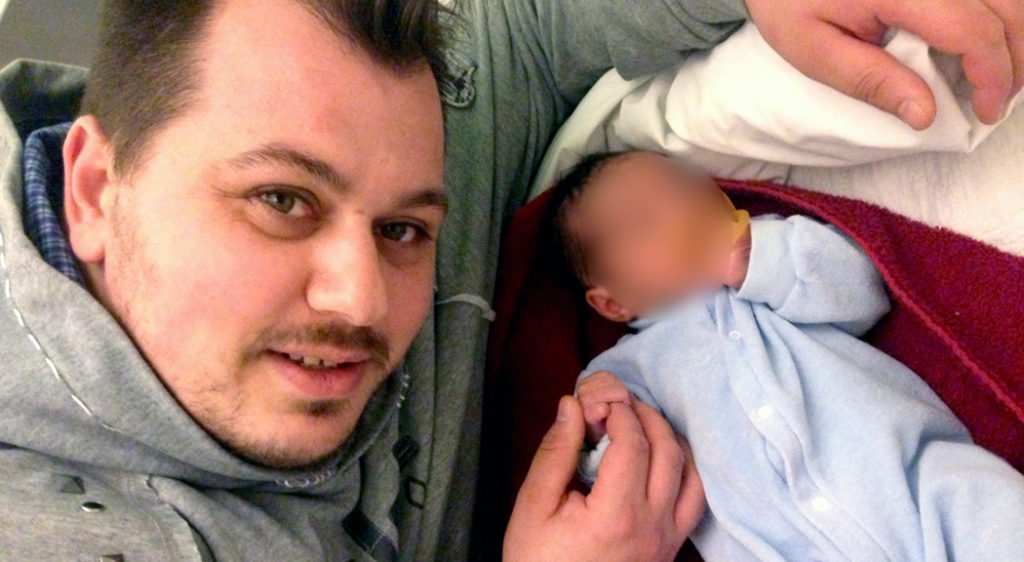 This fact brought everything upside down in their lives. The owner of the restaurant who gave the couple a room to stay right above his shop, he urged them to empty it in a few hours.
“What followed was terribly difficult. We were literally on the road while I was pregnant … Dimitris friend supported us then, giving us some money until we could find a house to rent, “she stressed.
The couple was legally opposed to their former employer and denounced the incident to the regional supervisor. The restaurateur was convicted and he would pay gradually each month 18,000 euros to them .

“The situation is not so rosy abroad as they try to present it. ” she said disappointedly.
Dimitris was fired about three months before he lost his  life. To a journalist’s question whether he was capable of harming himself, she replied:
“We were unemployed in a foreign country. The arrival of the baby, however, filled him with happiness. He was a strong man. He loved his life, but I cannot know what he was thinking. His parents, with the help of experts, have come to the conclusion that his death is not due to suicide but to criminal action. I am not sure… “.
She said that Dimitris was right-handed, did not smoke, did not drink, did not take any medication, nor had anything to do with substances.
She stressed that she did not support her husband’s family in their attempt to learn what really happened to their child, but if they need her will be there for them.

As she said after the funeral she came into contact with her husband’s ex-girlfriend. She had learned that they were communicating and wanted to ask if she knew anything more about Dimitris’ intentions.

“She told me she was the woman of his life and not me. According to her, Dimitris wanted to raise our child with her and she did blame me for what happened. She believed that we had problems with our marriage, but this is not true. ”

From the studio the lawyer of the victim’s family Stelios Sourlas appealed to the friends of Dimitris. As everyone who tried to contact with him on his birthday on April 2, one day before he lost, to get in touch with the show. 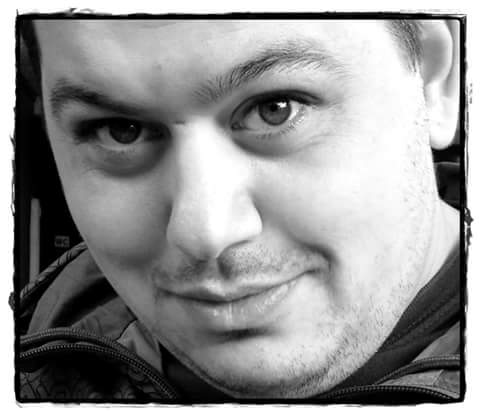 The thriller of 31 years old Dimitris Sarantis from Larissa, , was played in Vienna and was unveiled in Greece.

Father of a newborn boy, Dimitris, lived for the past two years with his family in the suburb of  Vienna. According to his wife, on Sunday, April 3, 2016, he left with his car for a flea market as he used to, but did not return. Two days later he was found dead by his friends and his wife in his car, in a sports center car parking  in the area where he was staying. A rope attached to the rear door handle was passed around his neck. The exhumation of the corpse demanded by his relatives in Greece has opened the way to murder. Hits on the head before death, overdose  injection of lethal substance and a loop on the throat after death…