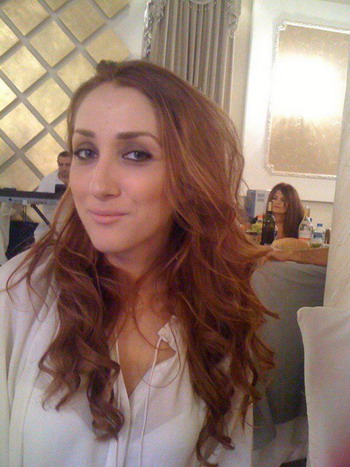 The young and beautiful air hostess from Thessaloniki was found murdered on Holy Mary's day.
Share

Five days after her disappearence her boyfriend confessed his crime and showed to the police officers the exact location where her body was buried. When she asked him to break up, his jealousy and his passion made him mad.

Monika Konstantinidou, 25 years old, has been missing since the early hours of Saturday 10 August from her home in Monastiriou Street.

The “Tunnel” knew from the first moment that before her disappearnce she met with her five years younger boyfriend and told him that she didn’t want to be with him anymore.

The 20 years old man who was studing at the Merchant Marine Academy, put pressure on her and witnesses saw them to fight.

Monika was working also at a tavern in Thessaloniki. That night she left with a colleague of her, took her home saying that she was going to her place because she had a flight early in the morning.

Her friend lived at the same neighbourhood. It seems that he had already planned her murder. Her relatives found her car parked outside their home. The young woman had told her mother to wake her up at six o’clock in the morning because she had a flight to catch. At that moment they found out that she is missing.

Her sister Lida in bad emotional condition describes her sister’s friend and murderer: “Monika has told us that she was planning to break up with him because of his jealousy. He was beating her often. He confenssed his crime to the Police. He threw her body to a rough location in order no one to find her ever. We are sure that he had help and we want the thruth to come out“.

The suspect argues that…

The young man who came forward to the authorities, said that her death was an accident. That night he convinced her to follow him to the house of his cousin outside of Thessaloniki in order to get together again. At some point he saw a message from another man at her mobile and got mad.

He argues that he slapped her, she lost her balance, fell down and hurted her head. When he realized that she was dead, he was afraid, took her body and threw it at a rough location outside Thessaloniki, nearby Euzones.

When her family put him under pressure in order to find out the thruth, he left Greece and went to Turkey. His relatives declared his disappearence at the police. After that he communicated with his family and came forward according to his lawyer advice.

The Police announced that for the case are also prosecuted the parents of the murderer for perjury as they hid vital information.

According to the forensic Monica has been strangled.