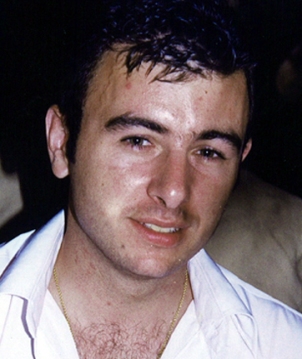 With a photo of her son in her hands she is trying to find him in the streets day and night.
Share

Maria Farmaki often comes to Athens from Agrinio where she lives, to find her missing son, George.

George Farmakis 33 year old now, father of a little girl, disappeared for his family on Tuesday, May 12, 2009.

That day he was about to return by bus from Athens where he was to his family house in the village Spolaita Agrinio. He never arrived…

His identification card after Tunnels research at a kiosk near Omonia.

The most serious information from viewers was located the missing man in Athens center, where he is living as homeless.

Viewers voluntarily investigated the specific spot but it was impossible to find the 33 year old man.

Few minutes before the shows end came out a very serious testimony about the missing mans luck. A viewer claimed that a day before he drove George from Athens to Patra. He was changed and extremely harassed. He said to his name, his origin and a very important detail that he gave this ID at a kiosk.

What is needed now is the mother to hear the voice of her missing child in order to calm down.