An alarm has been sounded at the Hellenic Police and the Life Line for the strange disappearance of an elderly man with health problems.
Share

Dimitris Iatropoulos, 78 years old, has been missing since Friday, August 7th, from the area of ​​Rentis, where he lives alone.

According to information, the missing person left his house around 10 in the morning driving his car. A little later he arrived at a nearby cafe to drink his coffee.

As soon as he left there, his traces are lost while the vehicle was located on the night of Saturday, August 8th.

He is 1.70 tall and when he disappeared he was wearing a light blue long-sleeved shirt, jeans and black sneakers with green laces. 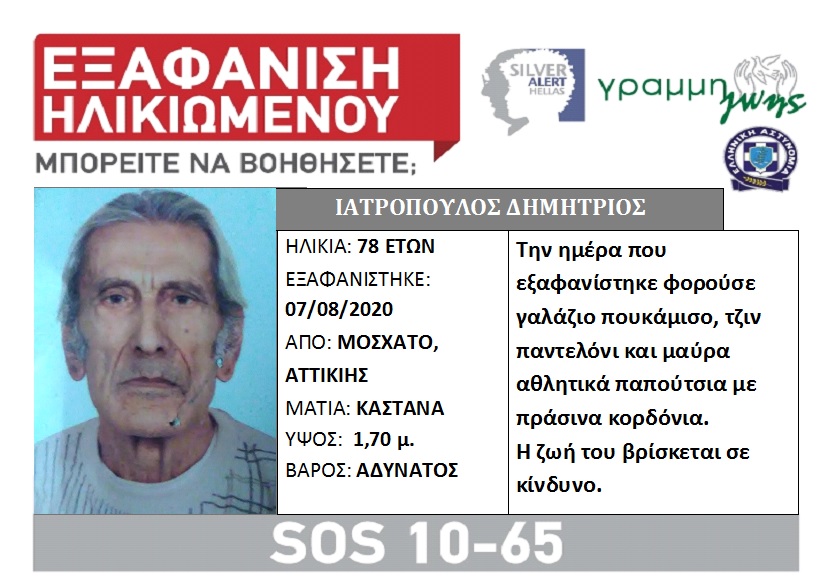