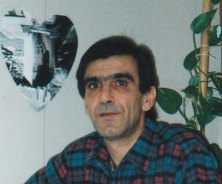 The case of the Greek cook, who went missing in Salerno, in Italy, reopens after the demands of his family, residents of the Greek island Ithaki.
Share

During all these years, no one ever answered to the familys burning question whether Christos Lorizas is still alive or dead. The Greek sailor had mysteriously disappeared on February 21st, 2001 at the age of 50. At the time he was working as a cook on the ship ZIM BRITAIN owned by COSTAMARE SHIPPING DOMPANY. He was working on this specific ship for only fifteen days, whereas he had been working for the company for the last thirteen years. According to the witnesses he was seen in the dining room at 8.30 p.m., an hour before they parted for Portugal. At dawn he didnt show up for work and he was not found during the investigation that took place on the ship. His personal belongings were found in his cabin and the keys on the door.

Nobody investigated whether he got off the ship at the port or he was aboard. The Italian Authorities did not investigate the ship, those crucial moments, as the people in charge appeared unwilling to return to the port of Salerno.

The finding of the investigation, which was released with great ease, was: Accident in the sea. He bent, fell and drowned. For eleven years now his family is trying to find out the truth. However, the litigation against the company has not turned on the light in the darkness. The family has launched an appeal to the sailors who might are aware of what exactly happened and to the other witnesses as well, if there are any, to speak out the truth even now.