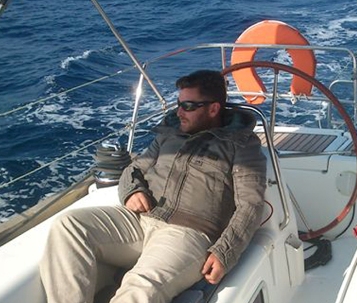 The corpse that washed out on the shores of Spetses belongs to the skipper Tassos Sioris.
Share

The DNA test revealed the identity and erased the few hopes that he is alive.

The corpse was found by a fishermen of the island and was sent to the morgue of Piraeus for necropsy and autopsy. The first investigation of the coroner showed that he was drawn.

The funeral of the unfortunate Tassos will be on Friday, February 21st at the Cemetery of Gerakas.

The sailboat was found at the bottom of the sea

The sailboat was spotted last Sunday at a depth of 12 meters in the southern part of Patroclos. The boat was found by a fisherman who immediately alerted the Coast Guard.

According to preliminary estimates, it seems that it was crashed with high speed on the island because the bow has been damaged. Answers for the cause of the accident is expected to be given after the salvage of the vessel probably next Friday .