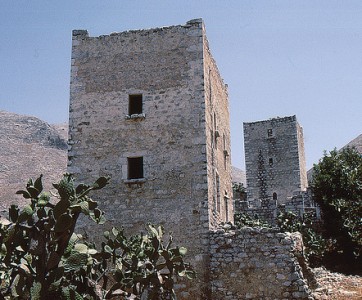 The answer of the criminological laboratories of Athens confirms Tunnels researches.
Share

The corpse which was found in a tower nearby Vatheia of Mani, doesnt belong to 26 year old Mario Papageorgiou who was kidnapped last August.

A tooth filling in the left lower jaw of the corpses skull similar with one that Marios Papageorgiou had, moved in first place the investigations to him. However, a detailed examination showed some more serious harm on the corpses teeth. According to the Marios Papageorgious dentist, he had not this kind of problem on his teeth.

Scientists from criminological laboratories in Athens, had asked from the coroner who had examined the corpse in first place, to send them more parts of the bones in order to compare the DNA. Due to the larger sample they verified that the corpse doesnt belong to Marios Papageorgiou.

The identity of the Manis corpse is under investigation.