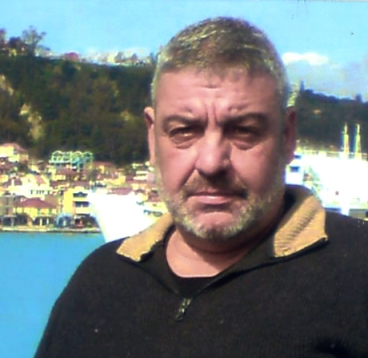 Dramatic turn takes the case of the disappearance and murder at Zakinthos island which shocked Greece.
Share

Savvas Giatsegkos 51 year old from Athens, got lost in Zakinthos where he had moved. The judicial authorities stated after the research of ‘Tunnel ‘ that was murdered by friend and partner, although his body was not found until today.

In this thriller there is no victim and no murderer. The man who had been charged with his murder, was found dead in Italy after a traffic accident as established by local authorities. But according to the death certificate, the victim died from violent mechanical asphyxia due to hanging.It seems that he often traveled ” for business” despite the fact that he was banned from leaving the country .

Investigation for the bones

People of the island of Zakinthos are upset because of the human bones that washed out in Argassi area. Tourists swimmers found a piece of jawbone and handed it to the authorities of the island.

The macabre find was sent to the University of Athens in order to decide by the scientists if it belongs to Savvas Giatsegkos . The family has already given DNA sample for identification.

Giatsegkos disappeared on June 14, 2009 from Zakinthos . The investigation of the show had seen the involvement in the case of his friend and colleague N.M. 53 year old. He was indicted on charges of intentional homicide and forgery in the transfer in his name of the victim’s apartment in Colonos Athens.

The corpse of the alleged as guilty was transferred to Greece and was buried in Athens. The victim’s relatives speak of divine retribution before the real one.