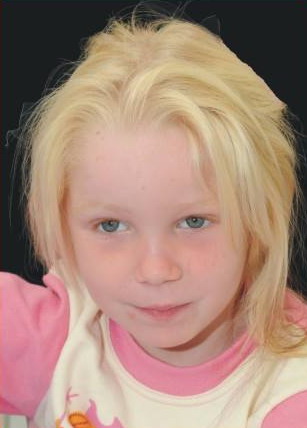 DNA results confirmed that the little Maria from Farsala , is the daughter of the Bulgarian Roma living in Gkourkovo Bulgaria.
Share

This was officially announced by the General Secretary of the Home Office of Bulgaria.

The information had come first in “Tunnel” saying that the Bulgarian Roma gave birth on January 31, 2009 a baby girl at a hospital in Lamia.

The authorities of the hospital were informed and began a thorough investigation to find the her data. Authorities arrived on tracks of Sasha Ruseva who was living lately at the camp n Nikolaveo near the town Gkourkovo in central Bulgaria . The Roma woman, 35 year old and her companion Atanas Rousseff 37 year old , claimed that in 2009 were in Greece and worked in the fields . When the little girl was born they gave her to a Greek Roma , because they could not take the baby with them in Bulgaria.

The little Maria was found after police raid in a camp at Farsala and transferred to “The Smile of the Child.

Last Friday when the Tunnel revealed this strange case, a relative of the couple of Greek Roma , contacted the show and gave important information. According to his claim Eleftheria Dimopoulou or Selini Sali 40 year old and her partner Christos Salis 39 year old , bought little Maria when she was few days old from her Bulgarian mother, for the amount of 300 or 500 euros. The witness also claimed that the natural mother was Bulgarian Roma and worked at that time at Sofades .