Twenty-three years after the brutal murder of George Nikolaidis and his colleague Soula Kalathakis, the file of this much-praised case that shed light on the "Tunnel", was formally closed with the identification of the natural perpetrator.
Share

A random fingerprint examination at the Athens Forensic Mortuary showed that the body of a man who was transported there from the Ippokratio Hospital of Athens was Elias Mazarakis, wanted for two decades, named after the nickname “doctor”.

According to the exclusive information of “Tunnel”, Mazarakis, who was on the wanted list of Interpol for a number of years, was transported on Tuesday, December 22 by EKAV ambulance from Nea Smyrni to the Ippokratio Hospital. He arrived at the hospital with different details as he allegedly had fake documents with him. After a few hours, he died and the body was transferred to the Athens Forensic Medicine Service.

The medical examiner who performed the necropsy  attributed his death to pathological causes and specifically to cirrhosis of the liver in the final stage. According to the information of the show, the body, after being fingerprinted, was transferred to a funeral contractor for his burial, which has not yet taken place.

After a while, the real details of the deceased became known and the police could not believe that they had in their hands the long-inconceivable cruel criminal. So far, no relatives or friends have appeared to pick up the body.

In addition to the double murder of Nikolaidis – Kalathaki, Mazarakis was accused of the murder in Corfu in 1985 of the grandfather of Stylianos Doukas and his aunt Eftychia. The cause of the double murder was hereditary. Three years later, he was sentenced to life imprisonment in prison by the Corfu Joint Criminal Court. On September 6th, 1997, he violated his five-day leave and disappeared, in order to be “activated”, as it seems, in the Nikolaidis case.

While he was a fugitive, he was also wanted abroad for a host of other serious criminal acts.

Who was the “doctor” Elias Mazarakis?

The nickname “doctor” was not accidental, since Elias Mazarakis had studied Medicine in Italy in 1985. After being convicted of the double murder of his relatives, he was transferred to the prisons of Alikarnassos, where he met T. K., later accused of kidnapping and killing the couple Nikolaidis – Kalathakis.

T.K was sentenced to several years in prison for theft and extortion but managed to have his sentence suspended in August 1997.

This was followed by the abduction and murder of Nikolaidis and Kalathaki in the position of Sesi Grammatiko with the presence, as it results from a series of testimonies, of the “mastermind” T.K. and Mazarakis – “doctor”.

Following the arrest of nine people and the trial that followed, Mazarakis was charged with double murder but sentenced to nine months in prison for illegal possession and use of a firearm. He was absent during the trial and was convicted only for misdemeanors …. The main prosecution witness in this trial who testified for days, was Angeliki Nikolouli who provided all the evidence – documents that the show identified in its many years of research.

At the time, it was believed that the “doctor” left for the Netherlands and then for South America, probably in Caracas, Venezuela.

As Greek Police’s officers used to say in the “Tunnel”, there was also the version that the “doctor” left Piraeus by cargo ship for Panama. Nothing was proven.

However, the apartment he had declared as his place of residence, at 57 Larissis Street in Ampelokipi, where his now dead mother lived, is closed and the neighbors “have not seen him for years”. Until this random check at the Forensic Medicine Service solved the mystery of the killer – a “ghost” who managed to slip away from the Police and live among us undisturbed. 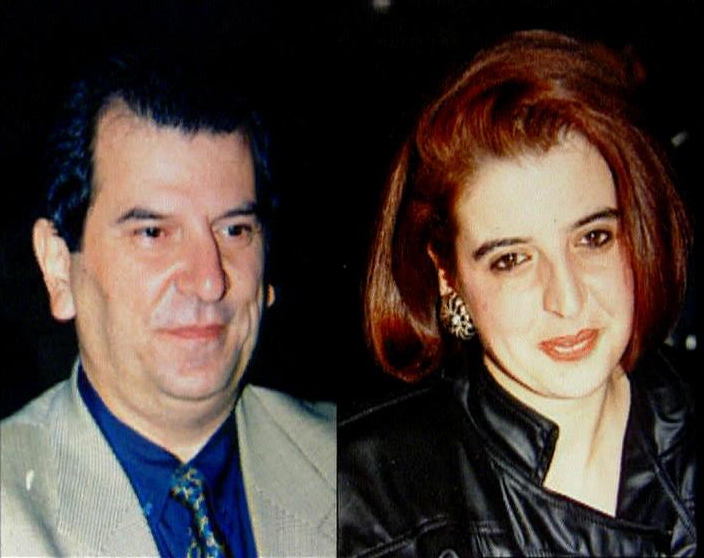 What Kalathaki’s mother says in “Tunnel”…

Angeliki Nikolouli informed Kaiti Kalathaki, the mother of the unfortunate Soula, about the developments, who for years gave a great fight with the journalist to reveal the truth.

“Divine Trial my Angeliki. He got what he deserved, but it took twenty-three years to be found by chance? For me this wound will never close. And now at Christmas I was at my Soula grave. He was lost unjustly… Justice did not punish him, God punished him “, she said excitedly.

Shocked to hear the news from Angeliki Nikolaouli and Olga Kakoulidou, sister of George Nikolaidis. “Did he live among us and the authorities did not find him?” He wondered. “It’s definitely a justification, even after so many years. “But my brother is not coming back and that still hurts me.”