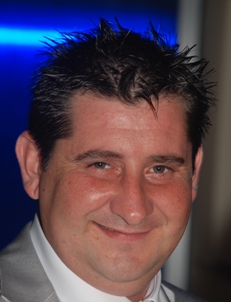 The driver of the refrigerator truck was found eventually murdered, fifteen days after he had gone missing.
Share

The police found the dead body of Asterios Gioyvanoydis, from Thessaloniki, in the area of Araxthos. His truck was also found abandoned close to the region Grevena. The evidence that came to light after lifting the phone records confidentiality led the Security Police of Thessaloniki along with the local police department to the Egnatia Odos. They literally ploughed the whole area and managed to spot the poor mans corpse.

Right from the very start his wife had expressed fears for kidnapping and murder to the Tunnel.

The last phone conversation  was at 01.30 on Friday after midnight. According to what he said to his wife, he was outside a restaurant on the highway, near Ioannina city and was waiting for his co driver, a guy named Theofilos, to bring the coffees. His original destination was Ioannina and then Alexandroypoli, where he would transport cheese on behalf of a food merchant, with whom he was working for the first time. The agreement was concluded through the phone and this as a fact itself, causes great concern. Did he fall victim to crooks, who aimed at stealing his professional vehicle? The unknown co driver, who happened to be his clients friend, was collected from a well-known meeting point of the motorists of Thessaloniki, around 11 on Friday night.