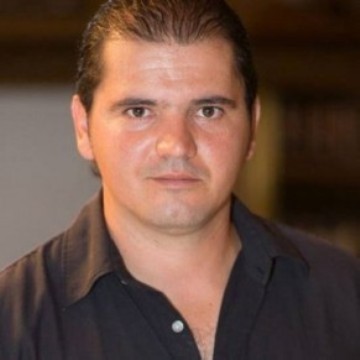 In the Prison of Diavata driven the uxoricide of Halkidiki, which was in agreement with profylakisteos investigator and prosecutor.
Share

James Claude Lesi during his apology, said that he does not remember anything about the murder of his wife Lela Mavromati.

That day he went in her home angry because she had announced him that he wouldn’t see his children again. They argued strongly and he hit her. When he grabbed little Phoebus and left the house, he saw the blood on his hands and considered it was by beating her.

He made no reference to the knife, because, as they argued, he does not recall having used it.

He considered that the police persecuted only for the kidnapping of his son. According to him, he learned about the murder of Lela when two compatriots who sought for help, told him.

Shortly before his arrest, he decided to surrender and hid in the hut near Ormylia trying to find a safe place to leave the child.

The perpetrator talking to journalists requested an apology from his wife’s family, the society and his children.