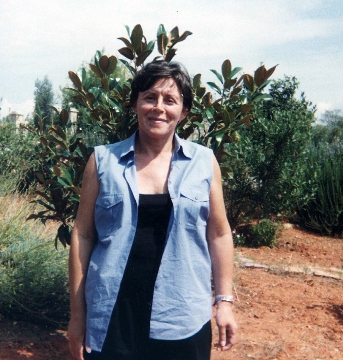 The car of the missing woman which Tunnel found lit the first light in the darkness that swallowed Eleftheria Agrafiotou.
Share

Angeliki Nikolouli presented on Friday, May 20 frame by frame the research on the spot where the car of the wealthy Athenian was found, after the information that came at the show last week. 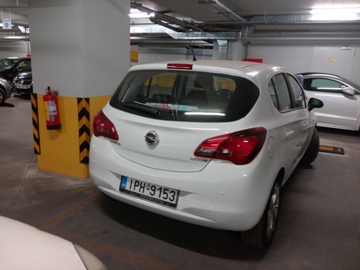 The witness, an employee of a supermarket in the Northern Suburbs of Athens, argued that someone left the car in the underground garage, four days after her disappearance on April 21. Then moved it to another part of the basement where it was found.

The mystery of the disappearance of the wealthy Athenian thickened further.

So far it has not been authorized by the Prosecutor to lift the secrecy of her bank accounts. The mobile phone company could not identify where was the last position of her phone. In supermarkets and cosmetic stores surveyed by the show was found not that she had made any shopping, the day she was lost. 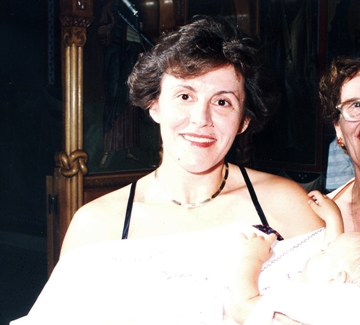 Eleftheria Agrafiotou from Neo Iraklio remains unseen and now there are fears for her life.

During the live broadcast on Friday, May 20, information arrived about a woman who looked like her.

One of these concerned the footage from a security camera, surveyed at night voluntarily by a viewer at Nea Makri area. A first look was not successful, but the volunteer will carefully study the material as it has not yet erased.

A volunteer group of Tunnel friends in Koukaki, moved during the night to the point indicated by a testimony that arrived in the Tunnel. According to this one woman with a same car had stopped on the day of the disappearance, outside a cafe where foreign workers used to hang out. Recently the missing person wanted to hire someone to help her to transfer items from a warehouse she owns in Nea Makri.

Another witness stated in incident four days after the disappearance. A woman driving the same car with the missing person, violated red light with speed in Amerikis square and she almost hit a passing woman. The incident was not reported to the traffic police.

Tunnel was connected via Skype with the godson of the missing woman Georgios Koutli, who is studying in Moscow. As he said the first days of the disappearance he tried hard to find the car or his godmother, but without result.

She requested to change her paper money

The missing person used to go almost every day at Veneti bakery which is very close to her house. As told Tunnel the employee who is in charge, she did not go there in the morning she disappeared, which was confirmed by the research conducted by the Police on the security cameras.

She argued that recently the missing woman sought to exchange smaller denomination notes with others of  500. For this reason she had informed some acquaintances she met in the cafeteria of the store.

She described her as a quiet elegant lady, high educated and with high living standards. The employee saw her a few days before she disappeared and nothing seemed to concern her. To the employee who is in charge of the store she had confided that it took her time to find a woman to love and looked after her mother as she. She had psychosis with her, she loved her a lot. She would never give up on her she said.

Some time ago she had printed cards with her name and asked to be distributed among the customers. She wanted to teach French to children, because she felt lonely. Not  in a billion she committed suicide. She was thirsty for life, said at Tunnel camera.

She sold an apartment before disappearing …

The cousin of the missing Thaleiana Balta spoke to the broadcasting camera. She described her as a highly educated and cultured person. She was too tied up with her mother and was devoted to her. After the sale of an apartment a few months before disappearing, she had received an amount of fifty thousand euro. I know she had a lot of expenses because of her mothers illness, but I do not know what happened with the money, she said. 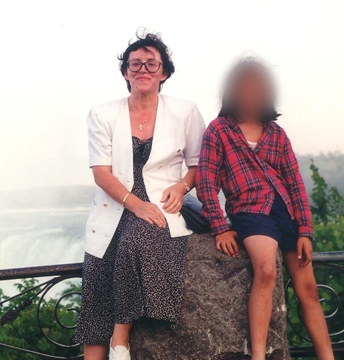 Tunnel found at Nea Makri where the missing person owns cottage which is rented. The tenant did not want to speak to the show, but according to reports, the retired 69 year old woman had contact with her a few days before disappearing. As she had said, she wanted to get some things from the store of the house, but never went.

In the mystery neighborhood …

The camera of Tunnel was found in the apartment where the 69 year old woman lived with her mother. With the cousin of the missing person Thaleianna Balta, the broadcast reporter went at the rooftop apartment which is now researched by the Forensic. The morning of the fateful day, Elftheria Agrafioti went downstairs to collect shares from a tenant of the building. From that moment her whereabouts were lost.

Cousin told Tunnel that she visited her sick aunt immediately the disappearance became known. At the house there was no trouble and everything seemed normal, while the housekeeper who looked after the elderly woman was in the apartment.

Another tenant of the building, who spoke to the broadcasting camera, had seen the night before the missing person. She was quite depressed because of her mother s illness, but there was nothing unnatural in her behavior. I think none of the building thought she just left. She is a strong actively woman managing to solve problems. She would never leave her mother she said.

The missing person was a victim of theft about six months ago. Unknown had stolen her previous car brand BMW, outside of the house. Sometime later she bought the white OPEL.

The tenants, who said that it is not possible the earth opened and swallowed the car after the disappearance, they were shocked when Tunnel spotted the car in the basement garage.

Tunnel found the car, the driver is vanished …

The information came on the show on Friday May 13, brought a twist in the research for the disappearance of Eleftheria Agrafioti.

Early the next morning Tunnel camera, relatives of the missing and police officers of the Police Department where the disappearance statement declared, were found at the point which was indicated on the show.

The white OPEL Corsa with registration number IPH 9153 was locked and hastily parked on the second level at an underground garage of a known supermarket in Maroussi. From the front passenger door window, her cousin who was looking for her at the Tunnel the night before recognized on the seat her jacket. There were French magazines that the missing person used to read as speaks fluent the language, a bank envelope and a cosmetics store bag. 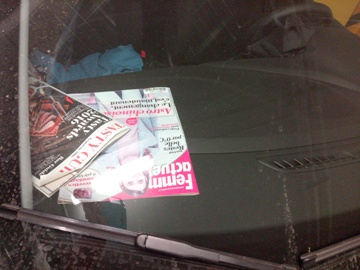 The broadcast camera recorded frame-by-frame the effort of the lifting of the Traffic Police to transfer the car. The bulky vehicle could not enter into the underground garage. The relatives of the family had to hire a smaller crane from a company. With the instructions of the police in order to avoid losing valuable evidence, the pilot managed to pull it from the site that had been abandoned.

On the road passersby stared because amazement as panic prevailed when the car alarm was activated during the vehicle transshipment from one crane to another. After some time the white OPEL Corsa transferred to a guarded area at the Forensic for further research.

Eleftheria Agrafiotou 69 year old, was lost Thursday morning April 21 from the area of Neo Heraklion. The wealthy woman left with the car from her house in Mikropoulou street where she lived with her elderly mother. In the apartment was the Georgian housekeeper who was helping her taking care the old woman. 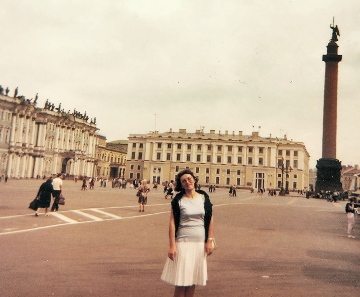 She is highly educated, French teacher and previously worked as director of the Personnel Division in Agrotiki Insurance. She traveled throughout Greece carrying out inspections and audits.