Full of people was the room "Aigli" of Zappeion on Monday evening November 28th, at the official presentation of the book "Love Killer".
Share

Despite the heavy rain, leading figures from politics, science, literature and arts, but also from business, found close to the writer to congratulate her. 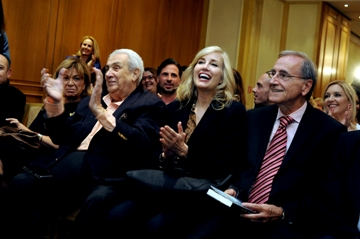 Among them the President of Alpha Mr. Dimitris Kontominas, Deputy Minister of Agriculture Mr. Vassilis Kokkalis and many others. 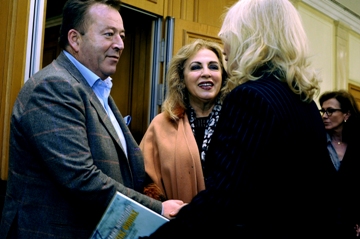 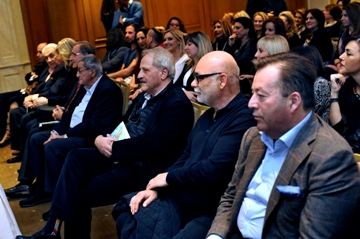 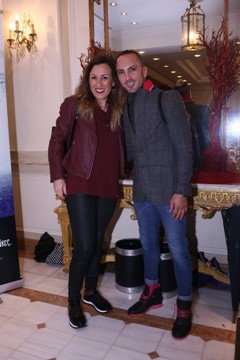 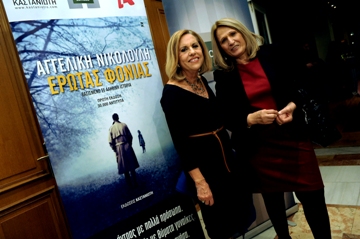 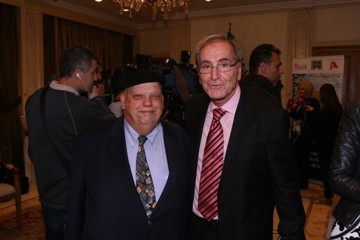 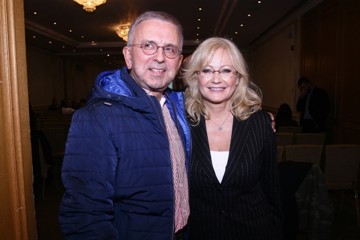 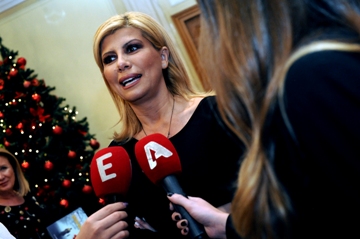 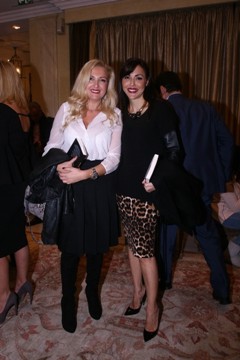 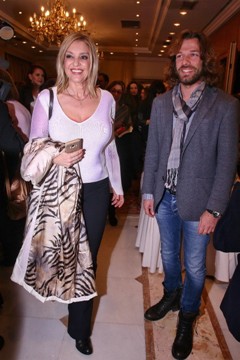 Alongside Angeliki was her beloved son Constantinos Mousoulis, who traveled from United States where he lives, to honor her this special night. The young director, edited an excellent video for “Love Killer,” which screened at the event. 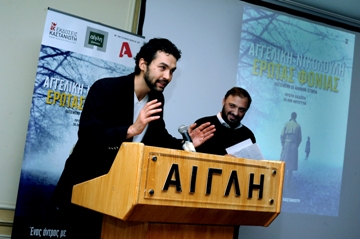 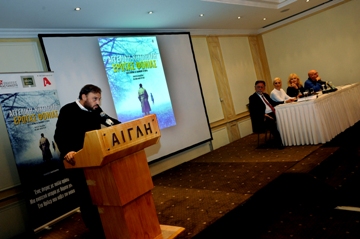 Moderator of the evening was the famous presenter Christos Ferentinos. 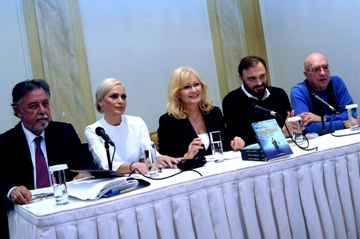 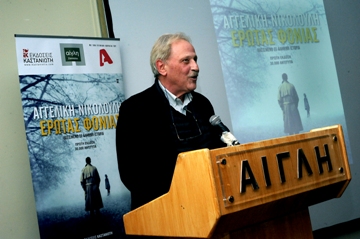 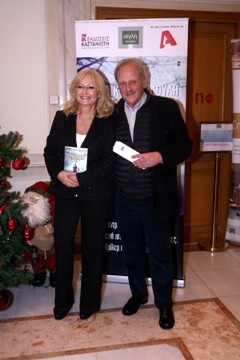 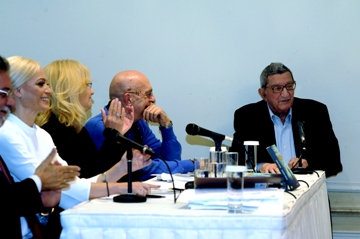 Especially moving was the moment that the teacher of Angeliki at her first steps in journalism Mr. Christos Passalaris, stood up, saying: “I came here as a teacher, but I leave as a student.” 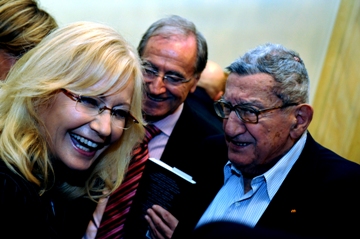 Moved Angeliki replied that nobody is going to come over him and that she is proud that she was and remains a student of him.
Both Mr. Panousis and Mr. Kokkinopoulos talking about the book, stressed that the author approaches the subject in such way that it could be taught as a guide to journalism students.
Important reference made by Mrs. Kypraiou for the messages of the book for women-victims and their psychology. 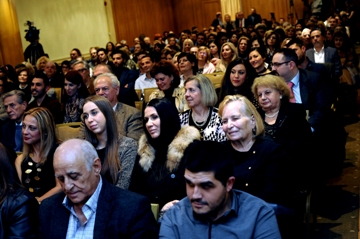 The author speaking of “Love Killer” conveyed to the public everything she experienced by the research of this sensational story, how identified with women – victims she is describing and how she was found after years in the sights of the same killer. 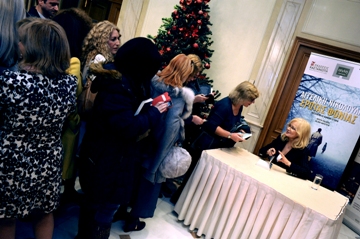 “He was a man with many faces, a businessman who exercised power with money, fascinated women in a special way and made them fall in love with him” said the writer.
“I was looking for him and I had the impression that I was confronted with a man without a face, with a Fantoma. Suddenly he was appearing from nowhere with another image and with hands soiled with the blood of another victim. The fourth woman, found the strength to break the chain which was tying her to this violent man took her child and went away. The other three women , although they saw the warning signs, put out by the passion of love and the fear of loneliness. They stayed, trapped in a dead end and lost. And in this book readers realize that the reality surpasses the imagination, and that the best scenarios writes life itself ” said Angeliki. 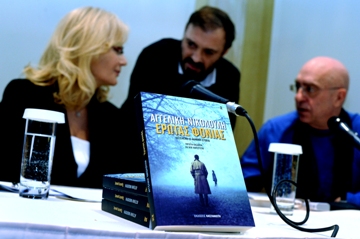 The police thriller “Love Killer” is the third book of Angeliki Nikolouli and is published by “Kastaniotis”.