The invisible witness recorded in the night the horror scene. On the roadside a murderous gang was directing a traffic accident, to cover the murder of a police officer.
Share

What was not found by his colleagues, found his family. They literally dig up the case and brought it from darkness to light. Omissions and errors of the Authorities angered the viewers.

Victim was Nikos Karamanis 37 year old , father of two children, who was serving in police department of Agia Larissa. An honest policeman with successes under his belt, who was “disturbing illegal enterprises at the area.” 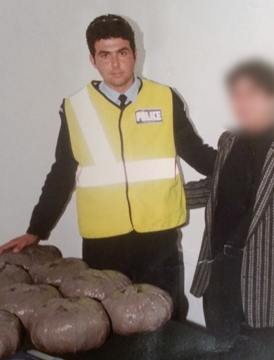 He died the dawn of October 9, 2009, at the 4th kilometer of the main road Velika – Kokkino Nero outside Larissa. The authorities then concluded that he was killed in a car accident , but without consolidate this version. The only people who were not persuaded were his parents and his sister, who began a hard race to find clues to analyze them with specialists, in order to reveal the truth.

What was identified by the Head of the Forensic Service of Piraeus Mr. Elias Bogiokas were significantly reinforce the version of murder.

According to the forensic report, when the victim died was laying down on his back and remained in this posture for hours. But his father found him fallen with the face down in the sea. It also seems that the police officer was beaten only on his right side, and there was not a single scratch on the head. According to experts if he was in the car with the fall from the cliff, he would hit his entire body. 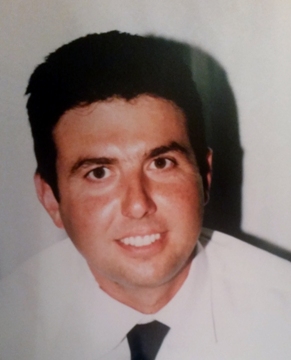 Vangelis Karamanis is the father who for years gives his own struggle to uncover what really happened to his policeman son. Speaking at the broadcast camera from the place where the thriller unfolded, he described the tragic moments that he experienced when he found the lifeless body of his child. “Nikos cell phone was always turned on . When that morning I called him and it was switched off, my mind immediately went to something bad. ” With the pain still fresh for the loss of his son showed at the camera the points were important elements were found and no one has given great attention. “Here were the fragments of the broken glass, pamphlets from his car, the battery ofhis mobile, his lighter, all were Nick s belongings. From here they threw his car. My child was eight meters away. Faced down, with his blouse off from the good side, hanging on the right wrist. His height was 1.97, how he went out of the window to the sea? The coroner found no seawater. Local police came . Their chief thought it was not necessary for the Traffic Police to come over. They say that the brakes tracks that were found belong to a police jeep which came after us. We saw it in the morning before the police officers arrive. Why are they lying? They were his colleague. If they found their own child, they would they do? “. 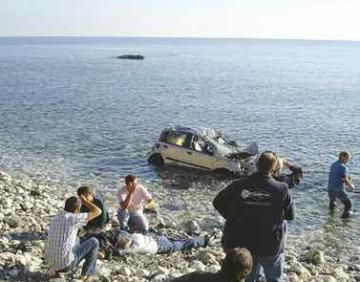 His son had managed together with a colleague to dislocate one month before losing his life, a large slave circuit. “I think someone from this circuit is associated with my child s death. The witness appeared, he said there was a quarrel . With the group was a woman. Perhaps she was with my son. She has nothing to fear, she must come forward and talk. I will support her and I will protect her …People tell me to stop. I will not calm down unless I find the killers. They committed a crime and they wanted us to believe it was an accident…”.

“I saw from the sea killing the policeman …”

An important testimony about what happened the fateful night on the spot where the unlucky policeman was killed, brings up – down the case. What he heard and saw in the tranquility of the night by an angler that nobody had realized that he was so close, is shocking. As he revealed at the camera of Tunnel after 1.30 am on October 9th , he was picking lines with his boat. The night was quiet and the sea was very calm. Suddenly he heard clearly quarrels. He looked toward the road and saw three men and a woman. One of them sounded native, he was talking with local accent and the woman sounded young . He saw two cars with lights on. A rural with a cabin and a small car. At first he thought it was a group of young people. A silent moment followed, then breaking glasses, and after an intense noise. Then he saw something massive falling with force down to the cliff. She thought that perhaps the company throw a large trash box. Soon after the loud noise subsided he heard the girl saying: “What did you assholes do?” At the same time the fisherman saw from the Paliouria side lights of a car coming. Then a man s voice was heard saying: “Take the car and hide it in the dirt road.” The rural car turned and went towards Velika. The small car went without lights at the dirt road, waiting the passing car and after turned on the lights and headed to Velika.

Two days after the incident, the witness read in the newspapers about the unfortunate policeman. Initially he feared to speak but then he decided to testify what he saw and heard to the authorities. The witness is sure of the date because he kept a diary.

The expert Panayiotis Madias, as the victim s family technical adviser, spoke at the Tunnels camera. Very carefully he examined the elements at the spot where the unlucky policeman was killed and what he found is catapult. 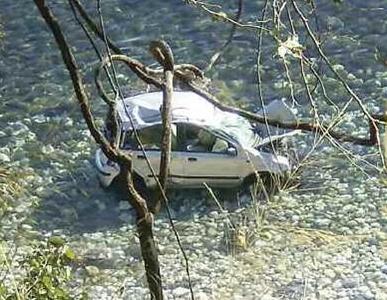 His research shows that this is not an accident as initially thought and that the authorities should investigate a crime. According to the investigation, the victim was not driving with high speed. If he was driving that way from the previous shift the car would fell down at the cliff, and from the other side direct to the mountain. “In a straight line direction a vehicle cannot diverted,” he said. The expert spoke about another vehicle at the spot because of a track from brakes that had been recorded by the police, nor tested. “Initially shows that was moving at the road quite right as if it wanted to avoid something which was prevented him. Up with one wheel on the right kennel and was dragged for about twenty-five meters. Everything indicates that the car was stopped moving there. Then precipitated vertically and not obliquely right as would be logical, if it was an accident . It seems like some people pushed it down to the cliff… ” he said.

He also mentioned another important information. The parking brake of the car was lifted up and the machine was turned off. The doors of the little car were closed. How the policeman who was 100 kilos and 1.97 height was found eight meters away from the car, with his blouse hanging on his right wrist? How were his shoes with laces tied were found elsewhere?

“What happened at the bar before the tragedy …”

A relative of the victim who was with him a few hours before losing his life, spoke at “Tunnel”. “Nikos was in the cottage of his parents when I called him to come to eat at my shop. It was something that we used to do. There was also another friend along and after we decided to go for a drink at “Stales” bar.” He continued saying that the police officer drank two, or three drinks. According to his relative, the friend who was with them left the bar around one o clock with his black jeep. Shortly after they left also the bar with Nikos car. The policeman left his relative to his house and left to go to the cottage. 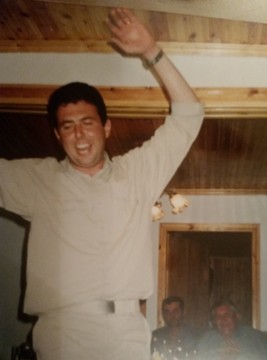 When journalist asked him if there was a misunderstanding at the bar with another person, the witness replied that the bar were them, two other people and the waitress. When they left, the two men were still in the bar, but did not remember anything that drew his attention or other details. The next day was contacted by the victim s father who informed him that Nikos did not return home. They met and started searching for him until they found his car down at the cliff and the corpse of the policeman a few meters away.

The testimony of the waitress on the fateful night

The waitress who that fateful night was working in bar where the unlucky policeman had gone, he spoke to Angeliki Nikolouli. She said at that time in the shop were not more than five persons. As she testified to the authorities, the police went to the bar only with his relative. The third person came later at the bar. The victim exited first and alone. She continued saying that the other persons that were there began leaving the bar shortly after. She concluded that she and the Dj were the last people left the bar .

“We found all the evidence at the spot, not the police …”

“It was horrible, we were shocked.” With these words, the uncle of the victim Gregory Tsarouhas described to the reporter of “Tunnel” the difficult time the family lived after the news of the death of Nikos Karamanis. “We found our boy beaten and could not understand what had happened. The car doors were closed, Nikos was at sea and his shoes in the middle of the cliff. The handbrake was lifted and the machine was switched off. ” 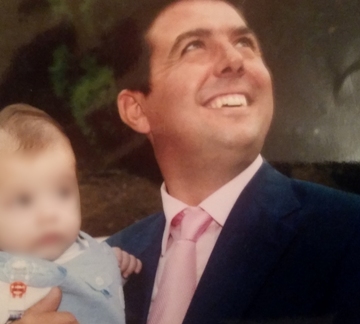 The mother of the policeman Catherine Karamanis told “Tunnel”: “From the first moment we saw it was a crime. Nikos was married for seven years and has two children. We asked to exhumed him because he had a struck in the temple of his head and it was not inside the forensic report. My daughter in law did not accept it. We asked the lifting of his mobile phone privacy, to see with who he spoke that night. When the authorities decided to proceed all the data were lost. The police did nothing, “she said. “Everybody loved my child, they were respecting him. I wanted his soul to rest in peace. I ask Justice to open again his file and find the killers, “she concluded.