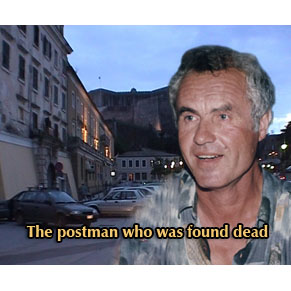 On Friday, October 10th of 2008, 'Tunnel' traveled to Corfu to solve the case of the mysterious disappearance of a postman.
Share

Spyros Kakos aged 60, familiar to the residents of Corfu for his politeness and calmness, went missing on August 2nd from Koulines of Corfu. He was planning to go on an excursion in Lefkada with his brothers and so he went to Alykes to make a withdrawal of money. His blue motorbike was found 500 meters far from his house. After almost five months he was found dead at the same area from which he went missing, few meters away from the bank and the police station of Corfu.