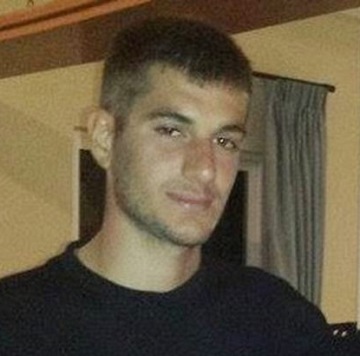 The Prosecutor of Ioannina did the overthrow for the thriller of Vangelis Yakoumakis and literally razing the Authorities of the city!
Share

He saw in the file of about five hundred pages the homicide which Police and the Coroner with their deep investigation did not found. According to statements of the family lawyer, Mr. Bukas, the prosecutor indicted for manslaughter with intent but without personifies the felony for dangerous bodily harm from certain persons and for repeatedly unlawful violence.

The case referred to the investigating judge to start a new cycle of surveys and will probably indicate the perpetrators to “lock” the category of homicide.

Once the corpse of the unfortunate Vangelis Yakoumakis was found in a radius area around the Dairy School where he studied alarm sounded. From autopsy at the spot and the corpse and the results of the forensic laboratories, the authorities who were cooperating with the Prosecutor of Ioannina, attributed the death to suicide.

A part of the body around the cervix, he was eaten by animals. This did not allow the Coroner to be categorical as to the exact causes of death. Both the coroner and the police assured the family that it was suicide, something that they accepted in their statements. They believed that Vangelis put an end to his life with the knife he had taken secretly from his house, blurred from all what has happening in the school.

The show highlighted the bullying from which the 20 year old Cretan student suffered and the public reacted strongly by this phenomenon of violence.