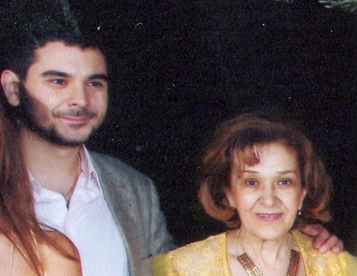 In the mysterious case of abduction of Marios Papageorgiou, returned dynamically "Light at the Tunnel".
Share

Investigations of the TV Show revealed shocking new evidence for the kidnapping gang.

Important information arrived around 2.00 a.m. in the morning at “Tunnel”. The external investigation unit left the show for the spot where, according to the witness hides traces of Marios.

On the «Tunnel»s camera, a witness who contacted the show reveals how he came face to face with the kidnappers. Twenty-four hours after the abduction of Marios he almost had an accident with the car in which three gang members as it seems were riding. The witness acknowledged unreservedly Aristidis Korentios who was driving the car. He also referred to a young thin man with a beard who sat in the back seat. Tunnel showed him a photo of a person who hasnt been arrested and recognized on the photo similar characteristics with the person he saw.

For the first time the mother of the unfortunate young man revealed to Angeliki Nikolouli, everything that happened and shocked the Greek public. 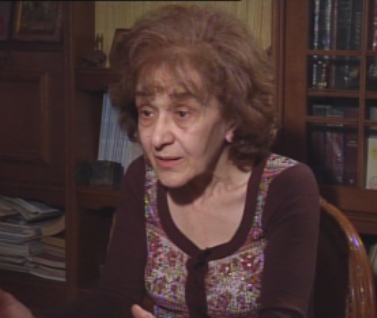 The phone call that changed her life forever

At dawn on August 10th, Varvara Theodorakis received the first call from the kidnappers. The voice of a man which will not ever forget, gave her the ultimatum. At first she thought that was a joke. She immediately called her son, he didnt answer. She hanged up the phone and tried to call her close friends. The Michaleakos couple. Her personal Calvary began

The days of the  negotiations and the abduction plan

She returned to Athens and began the negotiations with the kidnappers. For the first time she began to doubt about her good friends, Petros and his wife Voula. She gathered a great amount of 620.000 euros which the kidnappers had asked for. At the same time the members of the gang were trying to organize her abduction in order to collect the ransom. She decided to call the Police. The days seemed endless. The revelations that followed shocked her. The arrest of the gang of kidnappers did not give the answer she is still requiring. What is the fate of her child?

The appeal of the tragic mother

The appeal of Marios mother to anyone who knows anything about the fate of her only son was touching. Inside her unbearable pain and with admirable dignity, she asked her sons kidnappers to break their silence and she keeps hope alive.

Inconvenience to the “Tunnel” just before the closing of the show, when a witness indicated specific area in the southern suburbs, where last August he recorded suspicious moves of the master-mind of the abduction which shocked Greece.

According to what he said, Michaleakos appeared before and after the kidnapping meeting the owner of the particular workplace. Once, he had seen him driving the car of 26 year old Marios, who remains missing for 6 months now. The witness, who is also neighbor at the area, had noticed that someone was leaving food in a small warehouse at the same spot. He asked the Pakistani who occasionally appeared there, if the food was intended for him, but he got a negative answer.

The witness left for abroad and when he returned he saw at the “Tunnel” the abduction, the persons involved and informed the show giving everything he had pointed out. The police searched the area but didnt find any trace of the link with the victim of the kidnapping. Police examines the relationship of Petros Michaleakos and the owner. See details at Watch at “Tunnel”