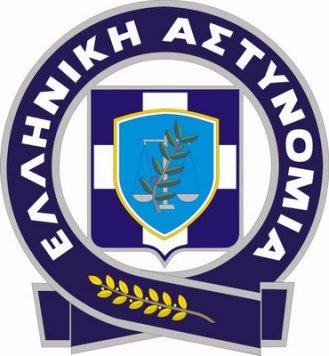 …for the abduction of Marios Papageorgiou which shocked the public opinion, issued a statement in which does not answer any of the serious questions.

It states that the methods used by individual molecular biologist and broadcast from the show are known and applicable by the Directorate of Criminal Investigation of the Greek Police. However, the Hellenic Police did not say whether the methods where used in this research and the blood of Marios was identified in the car.

Someone would expect the Greek Police Headquarters have already begun investigations to determine whether or not these methods were used in this case, which has shocked public opinion. Instead the Hellenic Police trying to balance the negative sentiment caused by the revelations.

In the official report of forensic laboratories in the case, it is not mentioned that blood of the victim in the car that was abandoned by the kidnappers was found. Justice will have the last word in this case and soon developments are expected.

About what reported on the show “Light at the Tunnel”, which was on air 10/11.05.2013 on Alpha TV and dealt with the kidnapping of Marios Papageorgiou especially regarding the police investigation of the case, we clarify the following :

 This case solved in October 2012 by the Police Headquartes and the contribution of the Division of Criminal Investigation. As part of a detailed investigation conducted all the necessary police and procedural steps.

 As a result, the competent prosecuting and investigating authorities, who reviewed the completeness and reliability of the police action and the material and data of research, decided the temporary detention (custody) of six of the seven offenders who were arrested for engaging them in this case.

It is also noted that:

 The methods used by individual molecular biologist to explore the vehicle of the mother of the kidnapped, as raised during the telecast, are known and applicable by the Directorate of Criminal Investigation of the Greek Police.

 In particular, the Directorate of Criminal Investigation applies scientific methods recognized internationally and iscourt admissible. It has modern laboratories and logistical equipment and staffed with qualified personnel, prestigious with significant experience and expertise.

 A National Forensic Service provides substantial support and assistance in the work of all law enforcement agencies in the country with very important successes in investigating and solving crimes. Participate in the processes of the Network of Forensic Science Institutes (ENFSI), and has been certified according to the international standard ISO 9001:2008 and accredited to ISO / IEC 17025 and ISO / IEC 17020.