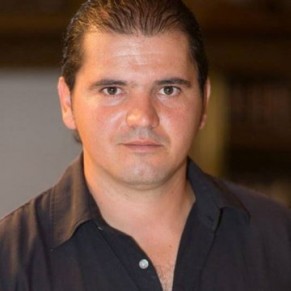 A farmer from the region of Halkidiki contacted Angeliki Nikolouli the next day of the show on Saturday, January 23.
Share

He said he saw near Ormylia a man with a child running in fields and then he hid. Reporter urged him to contact the authorities of the region. The policemen who were unable to cross-check information from citizens who have sent them to Athens for the fugitive father and the minor child, again focused their research in the area of Halkidiki. It seemed that James Klod Lesi was trying since the early days to find false documents in order to escape abroad with his child. But publicity closed the road.

Relevant information had arrived to “Tunnel” on Friday, January 22 during the broadcast. Albanian citizenship witnesses spoke for two sources in Thessaloniki and Athens with which Lesi allegedly had contact for the supply of the false documents.

The arrested reportedly told the police officers who interrogated him, that in recent days he tried along with his son to travel to Thessaloniki and through Moudania to flee to Albania, but he was discouraged by Police petrol. Impressive was that there was not enough information on the show to talk about a guy with a child who moves at least the last days in the Attiki region, which showed that they were in some distant indoors. Different was the image of the information that reached the first days, especially after the emergence of criminal lawyer Alexis Kougias who was saying that he had met him in Megara. Citizens often were to the police and the TV channels thinking they have seen him moving mainly in Attiki and in other Greek regions …

Emotional was the response of viewers to the show and they showed awareness on the issue.

The image of the little Phoebus when he was testified exhaustion and discomfort. He was dirty dehydrated and emaciated. But showed no child for 18 days hiding in abandoned warehouses and mountains. The child reportedly quoted as saying that there was had a large TV, which deechnei that the first days had sought refuge in a house. The boy 4.5 year old  rammed to his  grandfather arms who arrived immediately at the point they were hiding. He cried and asked for his mother. He calmed down only when he contacted with his brother.

For precaution was taken to the hospital and then was found in the  warmth of his family space.

What the murderer said

According to reports the 35 year-old Lesi appears remorseful for everything that happened. And especially for the fact that disrupted the lives of his children. As for the murder of his ex-wife, reportedly denied that it was premeditated and claimed it was the result of intense quarrels they had that day. According to the same information he denied he was carrying with him the knife with which massacred his former wife and claimed that he found it in the house and grabbed it onto the rage.