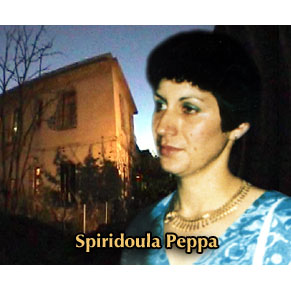 On Friday 14th of May 2010, 'Tunnel' dealt with one of the most famous mysteries of recent years which took place in the town of Thiva.
Share

Unknown official documents from Police and Prosecutors of Thiva reveal very fatal mistakes. Their big mistakes led to their failure on the case of Spiridoula Peppa, mother of three children from Skourta of Thiva who went missing under strange circumstances while she was sleeping next to her husband. Everything happened on 9th of December 1989 when Spiridoula was 30 years old. Her father and brothers told the police about this case and demanded in-depth research. Policemen accepted unsafe information which was talking about Spiridoula living and working in night clubs of Athens and not only. The Prosecutor accepted this information and closed the case. This is one of the most mysterious cases that ‘Tunnel’ brought again in the spotlight. For the first time, important people talked and all lead to the fact that Spiridoula is murdered.