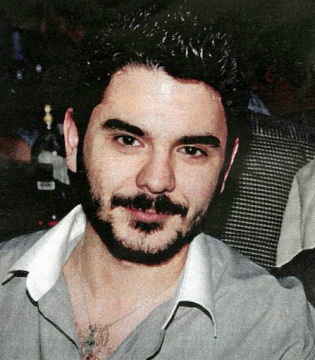 For September 16th postponed the trial in the Mixed Jury of Appeal for the kidnapping and murder of Marios Papageorgiou, because abstinence of the lawyers.
Share

Relatives and friends of the unfortunate 26 year old with photos in their hands demanded once again the guilty to talk and reveal where is his body. Petros Michaleakos and his wife Voula Sioutalou did not appear in court because, as stated by their advocates did not wish to attend. Petros Michaleakos first instance sentenced to life imprisonment for murder with intent and 23 years for conspiracy, committing felony, complicity in abduction and attempted extortion. His wife Voula Sioutalou was sentenced to 18 years for snatching together, simple abetting attempted extortion and conspiracy to commit a felony. Tragic figure the mother of Marios Varbara Theodorakis, who said she would not stop fighting until she founds out where is the body of her child.

They were not present in court

Last November, the two sons of Petros Michaleakou filed suit for libel against the presenter of “Tunnel” Angeliki Nikolouli, Alpha TV station and journalist Rena Kouvelioti. The court was originally scheduled for November 28 and adjourned until 7 January. But they aborted because the applicants nor their lawyer were presented Unlike the family of Marios Papageorgiou and their representative lawyer were present to stand by the reporter that her investigation has helped to shed light on the case.

Threats to the mother and to Angeliki

As denounced the lawyer of the family, Mr. Nick Roussopoulos that time and a few days before the hearing of the case on appeal to the Joint Court of Appeals, unknown hacked the email address of Varbara Theodorakis. In an effort to cultivate a climate of terror sent threatening e-mail messages to friends and relatives. This action investigates the Computer Crime. “If it wasnt of Angeliki Nikolouli , we would not have learned what happened to our child. We thank her as the Alpha » said the aunt of the unfortunate young man Stella Marmarinou. After Prosecutor’s mandate is ongoing a Police research for the threats to the journalist Angeliki Nikolouli. Among others she is threaten that she will never make it to court as a witness.

See more about the case that rocked the Greek here.