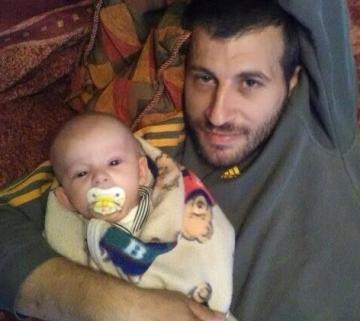 The news arrived at the start of the show Friday, February 19, froze the "Tunnel".
Share

Tasos Bogiannis from Thessaloniki who did not give signs of life since Sunday February 14, was found dead before the show even start trying to find him.

His sister Daphne, shocked contacted Angeliki Nikolouli and announced the tragic development. Issued a dramatic appeal to anyone who could tell the family the conditions under which her brother was found dead in the city center.

The 34-year old father of twin boys just six months old, had left his house in Chalastra for a walk in the center of Thessaloniki.

Last contacted his gierlfriend at 19.30 in the evening saying he would soon return home by bus.

As a result of the lifting of secrecy, his mobile signal broadcasted a few hours after his last communication from the village of Kitros Pierias.