Theater of insanity with hero the alleged murderer or a true story that some have concealed?
A policeman and a lawyer are now involved in the “new scenario” of the man who allegedly cut the thread of Dora Zeberi’s life in the 2nd Cemetery.
Her homicide killer testified to the investigator a new one-page memo, in which he reveals name of the moral perpetrator of the shameful crime.
He claims he is a well-known lawyer of Athens, a former MP, who in his first memorandum called “the boss”. Regarding the second person involved in the case, he claims that the name “Haris” is a pseudonym and that he is a police officer serving in the Transfers Division.
This development complicates even more the case of Dora Zeberis, with the Investigative Authorities now being asked to examine whether the new claims of Manolis Soprodis, 58, are valid.
For this new memorandum the lawyer of the father of the unfortunate tax officer, Apostolos Lytras told Alpha. He confirmed that the offender had been given the surname of a lawyer, who in the past was a MP.
“In communication with the chairman of the Athens Lawyer Association I was informed that there is no complaint for a member , so until further inquiries and evidence can be obtained, the name of the lawyer would not be announced ” he said.
Mr Lytras also said that the murderer had asked his roommate to go to testify to the investigator the names of the people who involved him in the murder of Dora. He claimed he was  informed by Soropides of their identity by telephone but never met with them, nor did he know anything about the case.
The former lawyer of Soropides N. Loukopoulos in his statements claimed that what the perpetrator now says, “are constructions and lies”.
Soropides still handed the authorities a manuscript of the crime scene. 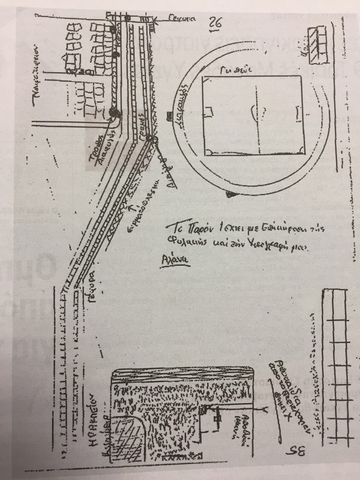