Shortly after Angeliki’s conversation with people from the first group of the chief that will be prosecuted for his murder, an unknown person contacted her.

“Do you want to know what happened to Marios that night?” Where is he buried? I want money and protection to speak,” he told her. 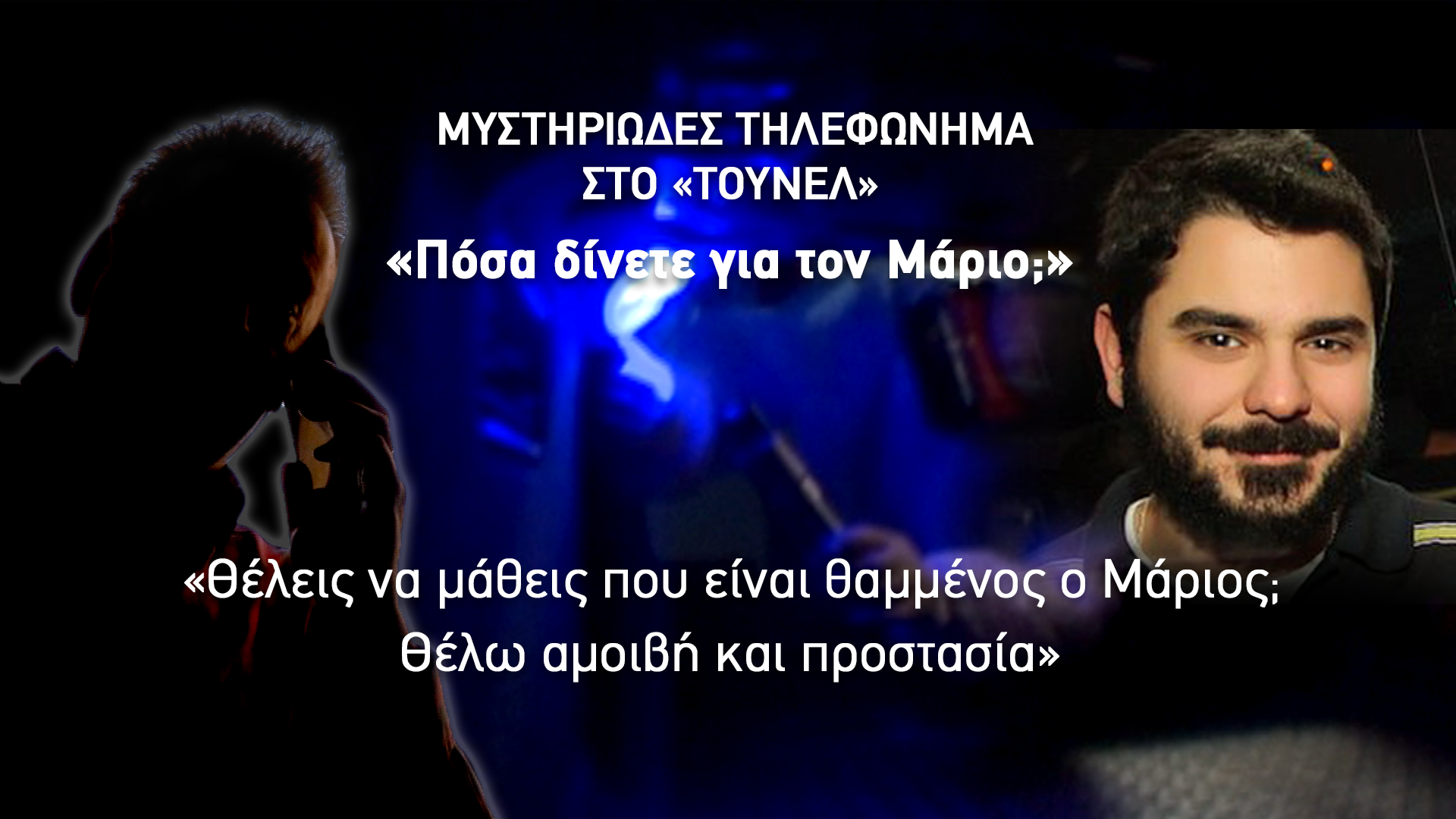 In a live connection with the show, Nikos Roussopoulos, a lawyer for Mario’s family, conveyed to the family or to those “interested” the family’s intentions.

“If they take us to the burial place of Marios Papageorgiou and it turns out that he is indeed there, the family is ready to offer 100,000 euros to end her calvary. As for the protection they are asking for, I can guarantee that it will be given and no one will know the witness,” he stressed.

“I haven’t harmed anyone; I don’t know why they got me involved…”

Angeliki Nikolouli identified and spoke with two people allegedly belonging to the first group of the chief, in the murder case of the unfortunate Marios Papageorgiou.

She herself urged them to come forward and reveal where Marios is buried, to put an end to his mother’s Calvary.

“I have nothing to do with this story. They got me involved … I haven’t harmed anyone. When they did what they did to him, I was away, I was not in Athens. I want to help, but I don’t know where Marios is buried,” the first witness said.

The second, clearly upset, told her about the new prosecutions.

“I don’t care because I’ve done nothing. I’ll go to the Investigator and the truth will be revealed. Can you tell me who is going to punish that as****e? He has to speak…” he said referring to the chief man.

Angeliki insisted that even if anonymously, one could inform her, without being in trouble, about Mario’s burial site.

The “Tunnel” was again at the top of the mountain near Kithaironas to locate other elements in the burnt van indicated by a witness.

Viewers, even from America, were sending documents via satellite, assisting in the search and finding out when the van was first left there. 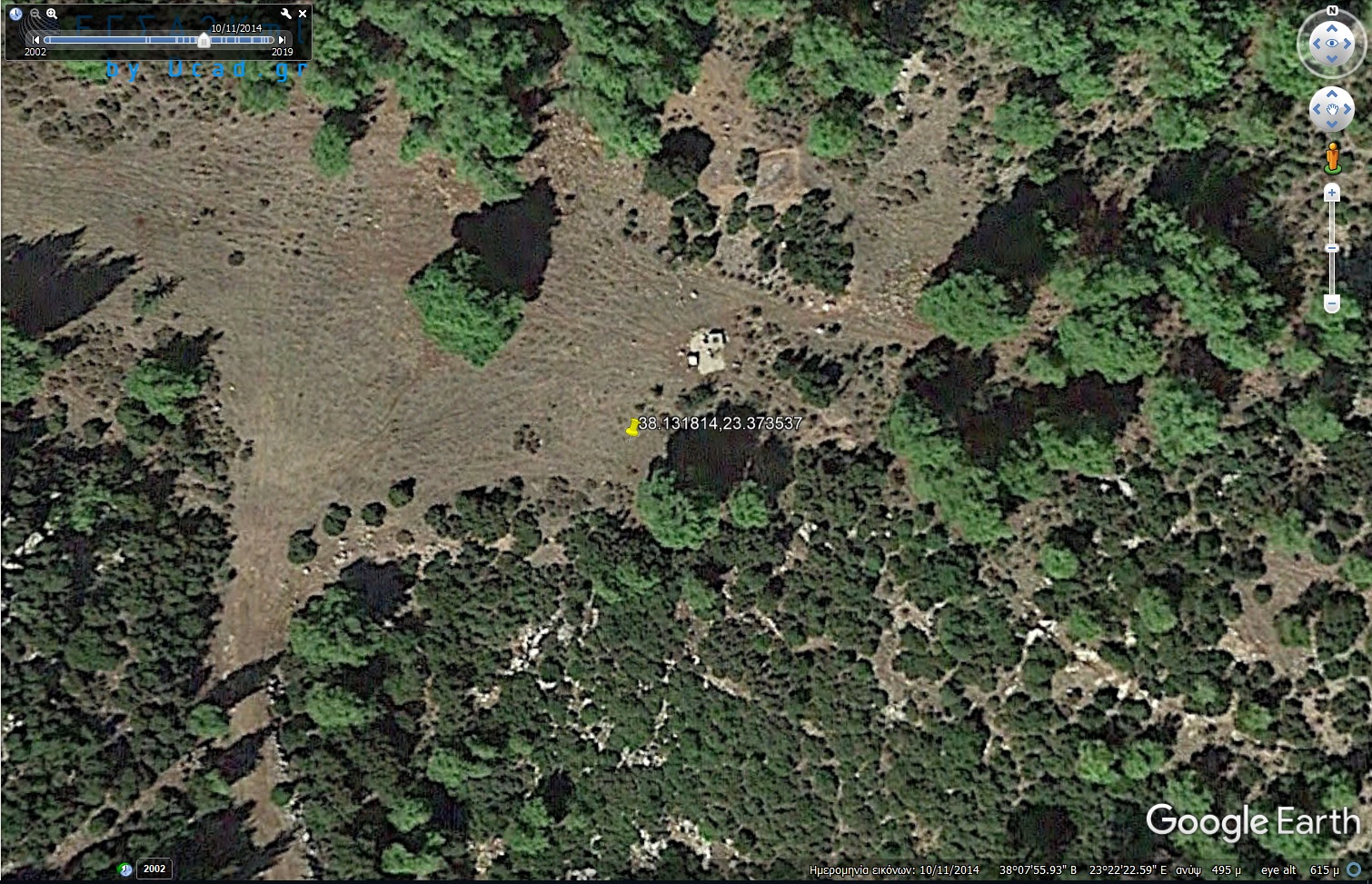 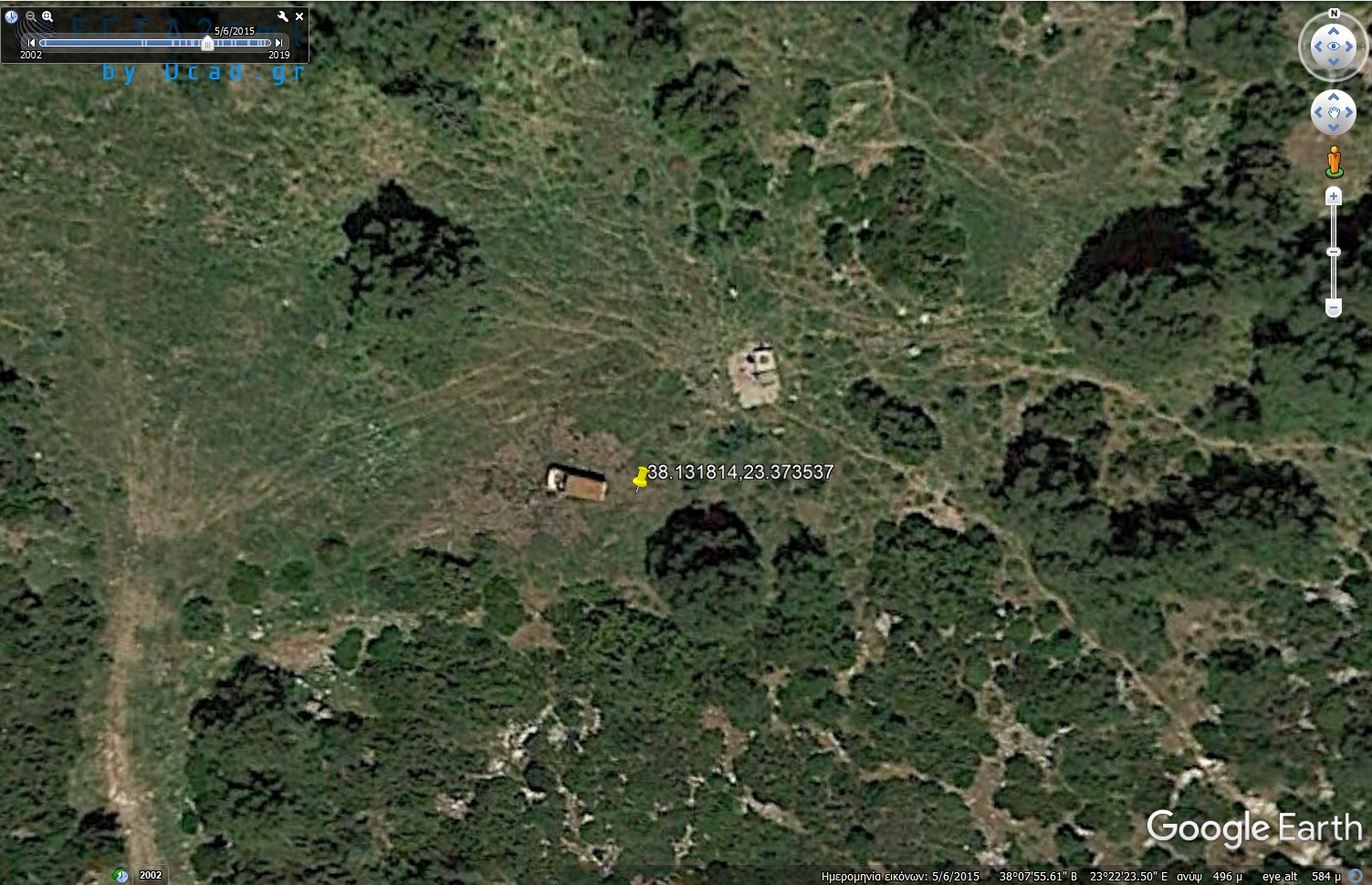 According to Google Earth, it was abandoned on Mount Patera between November 10, 2014 and June 5, 2015, as in the first reception of the satellite it was not there, but appears in the next one.

THE RESEARCH FOR THE “IDENTITY” OF VAN…

The burned van appears to be a white Volkswagen Transporter T4. This came from the number originally found on the burned vehicle. The second search of the fire-damaged van revealed the serial number of the engine. It is 044103373D. 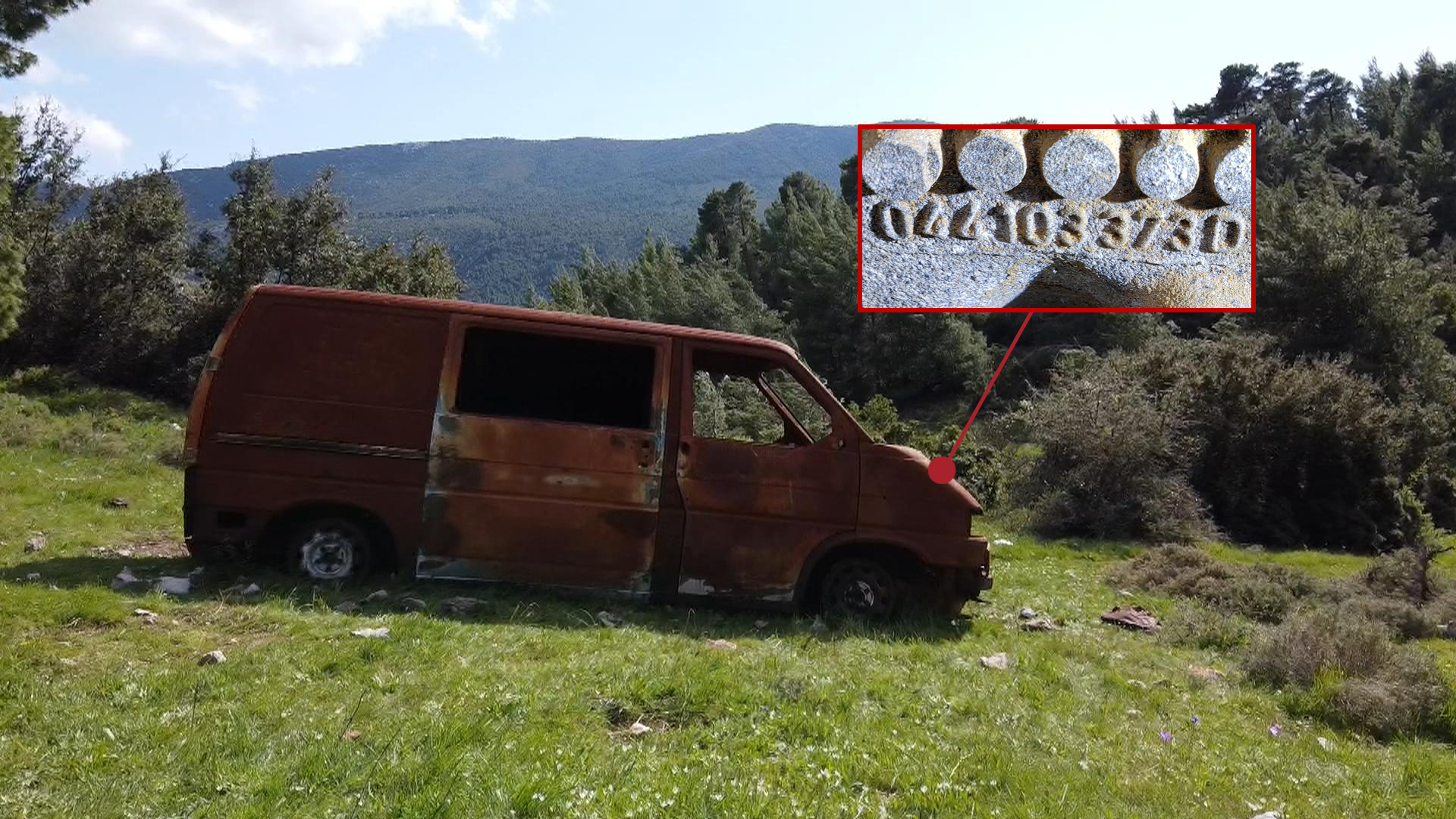 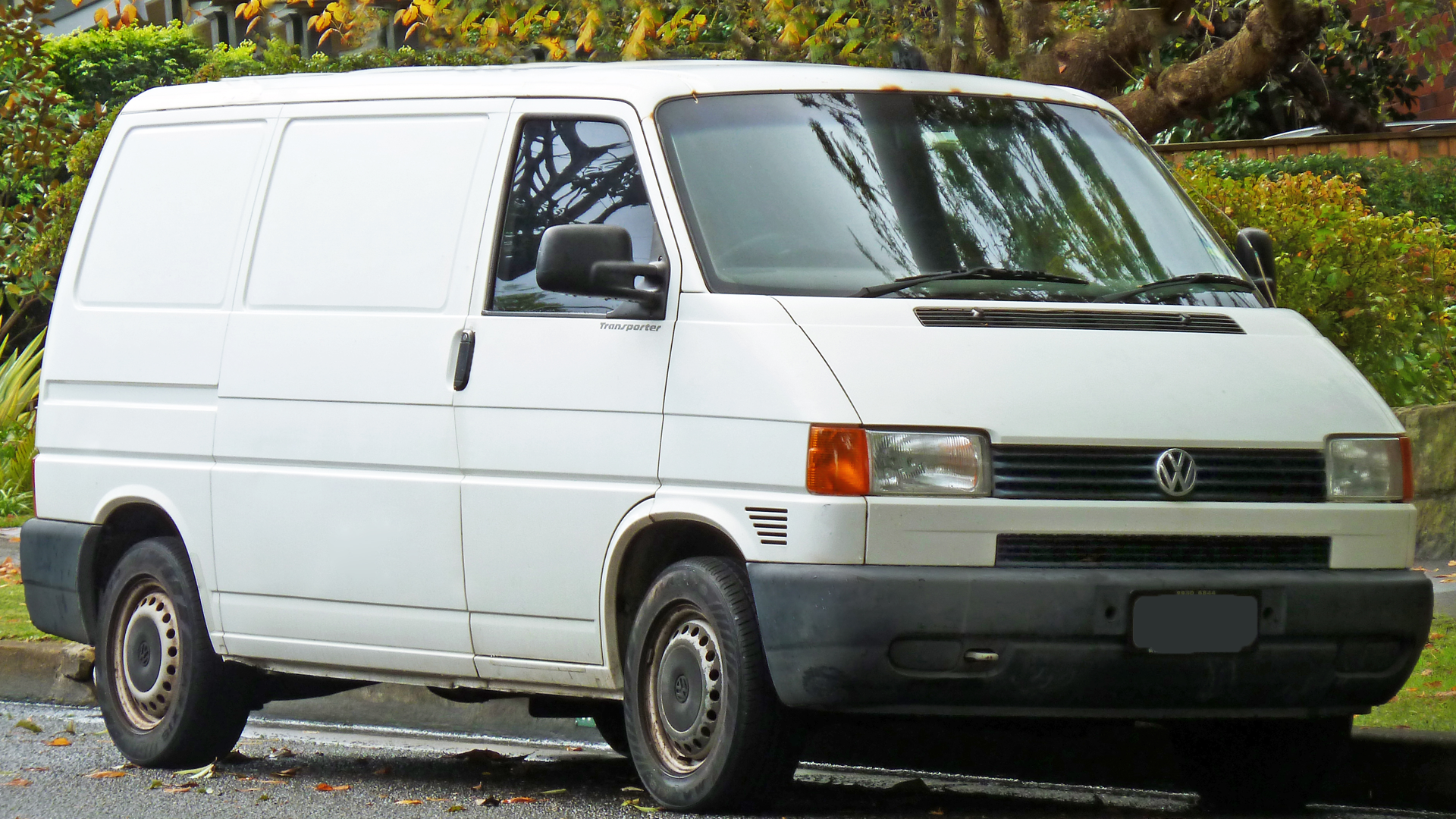 According to the Canadian researcher, there is no accelerator that caused the fire. He is talking about a red van that, according to his own research, was used to transport Mario’s body. However, the alleged members of the first group, answering persistent questions from the court where they testified as witnesses, spoke of a white van with which they transported coal during the period in question.

FIRES IN THE AREA…

In the wider area of ​​Mount Patera and Kithaironas, forest fires were recorded on 13 and 14 June 2016.

At this stage, it is being investigated whether after the fire, someone or some people transported the van to the place where the witness who contacted the show finally located it.

The final verdict of the Athens Joint Jury Court of Appeals, for the chief and its second group, has been clarified and it is only a matter of time before new prosecutions are instituted against his hitherto unarrested group, who kidnapped and murdered the unfortunate Marios.

It is a group of eight people, including his wife and two children, according to what the family’s lawyer, Mr. Roussopoulos, told “Tunnel”.