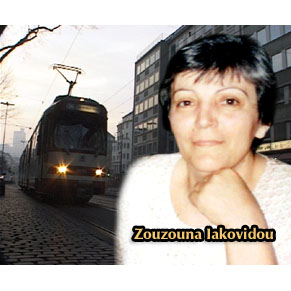 Every Greek in Munich got worried when German police announced that the skeleton which was found was Zouzouna's Iakovidou.
Share

The mother and grandmother went missing on Sunday 14th of October 2007. Construction workers found the skeleton on the morning of Tuesday 3rd of November 2009 at Rot Karls-Felder in Munich. The German police announced that she was killed. Policemen can verify that this skeleton belongs to Zouzouna Iakovidou. The 46 year- old woman went to Munich to take care of her grandchild who was living there with her daughter. Zouzouna was living in Thessaloniki. She went missing on her way from her home to an orthodox church.