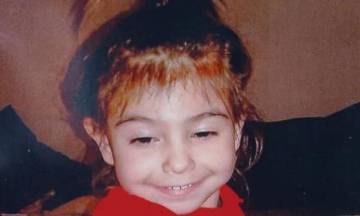 Horror and revulsion caused by findings of coroner for the way in which the four-year Anni was murdered.
Share

The Head of Forensics of Athens Nikos Karakoukis is almost sure that the unfortunate girl was cut while she was still alive! According to what he revealed, in the appartment – slaughterhouse of Michail Voda str, he found scattered bloodstains at high places.

As explained in court when a person is cut while it is alive, the blood is ejected. But when death has already come, only blood outflow is observed.

His words reflect the shock and horror that the little angel suffered: In twenty years that I have been in forensic, i have never seen boiling after cutting! The court must find an operative cause of mental action of the accused ….

The trial in Athens Mixed Jury Court continues with witnesses.