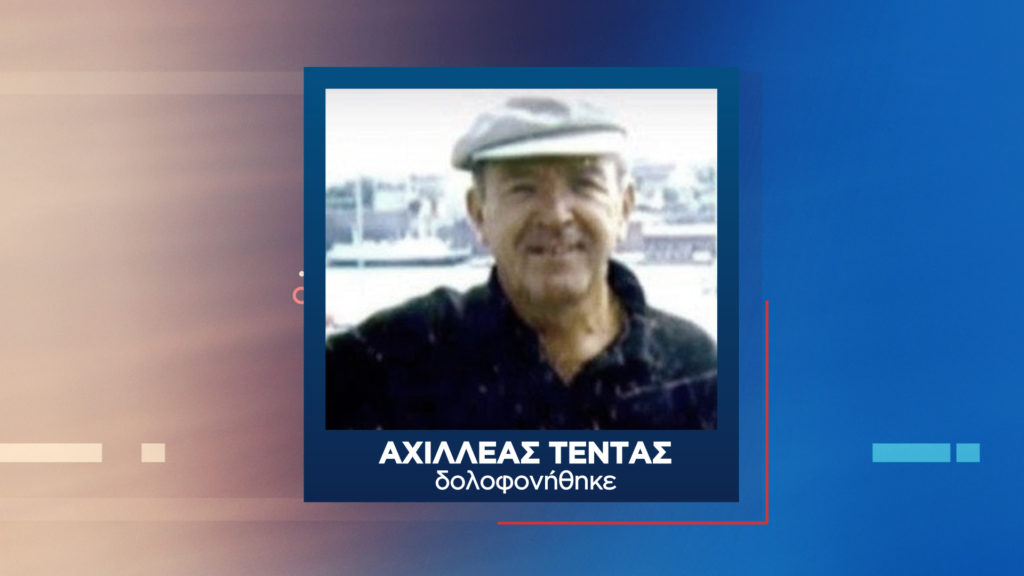 The killer of Achilleas Tentas, was killed on the morning of Tuesday, October 20, when he was hit by a passing car on the side road of the Volos - Larissa highway.
Share

The man tried to cross the side road of the highway, right in front of the Velestinou Steelworks. The 22-year-old driver of the vehicle hit him and injured him fatally.

According to information from “Tunnel”, he was released a few years ago.

It is reminded that Achilleas Tentas was murdered on December 8, 2001, at the age of 58, inside his house in Almyros, Volos, by his wife’s lover.

The chronicle of the crime…

He and the wife of Achilleas Tentas then threw the body in a well in the area.

The car dealer’s car was left in the port of Volos, to show that Tentas left for a trip or committed suicide. The wife had thrown hypnotics at her elderly mother-in-law who lived in the same house, so that she would not understand anything.

She then reported the disappearance to the authorities and showed the police, her two children and the “Tunnel” that she was looking for the victim anxiously.

At first she stubbornly refused to be investigated by the “Tunnel”. But when her children four months later, saw that there were no traces of their father’s life, they pressured her to reach the show that stood for her and her lover, fatally! She appeared on camera as the last witness to see the missing person. Her agitation, her agony and her acting, were immediately perceived by Angeliki Nikolouli.

The sound that was blocking her speech and was recorded on the camera came from her hand in her pocket that tore the handkerchief!

The show gave authorities all the information that emerged during the investigation into the suspicious moves of the “illegal” couple on the night of the murder.

A witness noticed the rubble of the well after the disappearance and spoke to the “Tunnel”. A few hours after the end of the revealing show, the police arrested the couple who, disturbed by the search, met without precautions during the night.

They confessed to the crime days later. Both were sentenced to life imprisonment at first instance. The same sentence was upheld by the appellate Criminal Court. In October 2010, Tenta appeared before the Larissa Mixed Jury Court of Appeal, which overturned her life sentence, accepting her lawyer’s claim of mere complicity in her husband’s murder and not complicity, as was the original charge. She was sentenced to 21 years in prison. She has been released as she had already served 3/5 of her sentence.