New reversals in the mother's disappearance case in Larissa, that is evolving into a thriller for strong nerves...
Share
Tunnel brought to light important details about the movements of Vasso Koukounassouli-Silevista who was mysteriously lost on the Sunday of the Carnival from her parent’s house in the neighborhood of Pera Mahala. It was as if she gave a mark to her two friends that fateful afternoon.

“At the time they say she was lost, I called her …”
The testimony of a friend of  missing woman to Angeliki Nikolouli sets a new timeframe for her cell phone deactivation.
On the Sunday of Carnival Vasso called her at noon, while she was at her relative house. They agreed to talk later, and the missing woman said she would be in her parent’ s house until 6:30 in the afternoon. But her girlfriend was late, she called her after seven and her phone was not deactivated.
“I did not let rang many times, thinking she might be somewhere and I did not want to bother her. I thought she would call me back as she used to, but that did not happen … ”
The two had talked on the phone two days before her disappearance on Friday, March 8, when Vasso returned from the clinic where her elderly mother had been transferred.
“She was feeling sad  and I tried to encourage her. On Saturday I called her again to see if she was feeling better. She told me that with her brother they had visited their mother and that she was feeding her at the time. Last time we talked on Sunday before she was lost.. I’m shocked and every day I wait to hear something about my friend … “she said.

“I heard her crying on the phone …”

An old friend of the missing mother in Larissa spoke to “Tunnel” about the last contacts she had with her before she was lost.
As she said every time Vasso went to town, they used to go out for coffee.
“On March 8, I called her at her house in Lamia to see what how she was doing and her husband told me she was in Larissa. She learned that I searched for her and called me. After the first words we exchanged she began to cry. She was worried about her mother being transferred to the rehabilitation center. I told her not to be sad, but she kept crying. She said she should work to be able to hire an exclusive nurse to take care of her mother. I suggested that she get a taxi and come to sleep in my house and not stay alone, but she told me she could not because she had a date with her brother,” her girlfriend said.
She called her again on the phone on Sunday afternoon, while Vasso was at her brother’s house for lunch.
“She sounded better … I suggested again to go for a walk but she refused. She told me she arranged to leave the next day for Lamia because her husband was alone and that the next month she would come back to Larissa we would meet. When the daughte in law called me on Monday  and told me she was looking for her, I was shocked, “she said excitedly.

Tunnel was connected  live with the team of external investigations in the neighborhood of Acronon street and the reporter Marilena Babou. with her was the witness who lives near her vasso’s parent’s house. She repeated her testimony, which was challenged by some, and responded to relevant questions that clearly gave the picture  of that night.

“To be honest I was not sure about whether the light on the front door was turned on. But I thought about it so much. Given that that night the neighborhood was dark because of the works on electricity, if the light was not turned on, it was impossible I could see that figure. She was a woman wearing brown leather jacket and black pants. I also remember that there was no traffic on the road, as most were left due to the three-day Holiday, ” said the witness to Angeliki Nikolouli. 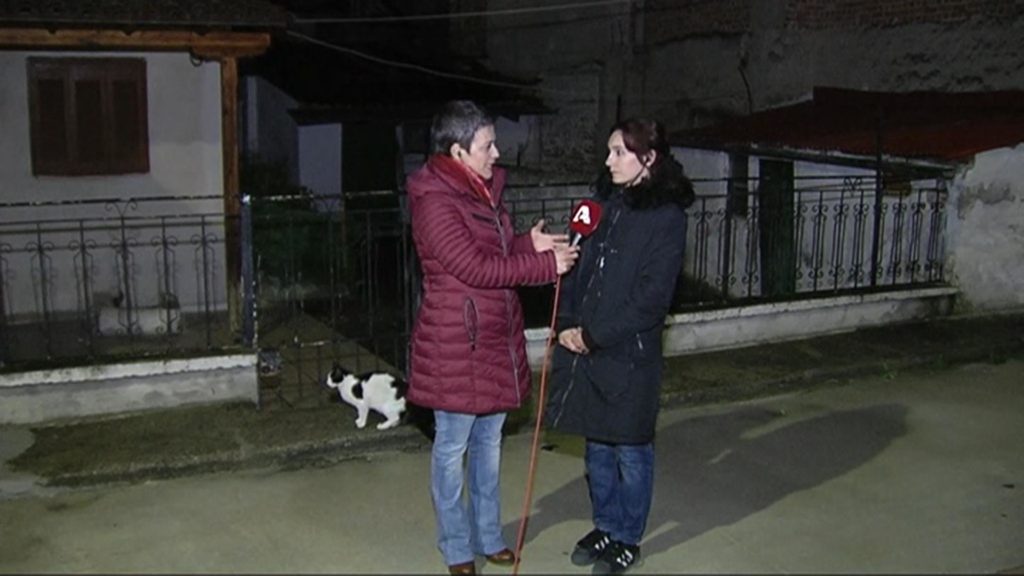 The reporter of the show confirmed from the Municipality of Larissa that since early March there have been extensive maintenance work on the lighting fixtures in the area, and many spots in the neigbourhood were often dark.
Tunnel’s  research  in the common meal spot  of the central church of Larissa, which is given daily to hundreds of people, did not bear fruit. No one saw Vasso.
It was also valuable the help of two pharmacy owners located in the Holy Trinity District. They checked the hardware from security cameras in order to find  the “woman of the rain”, but the result was negative. 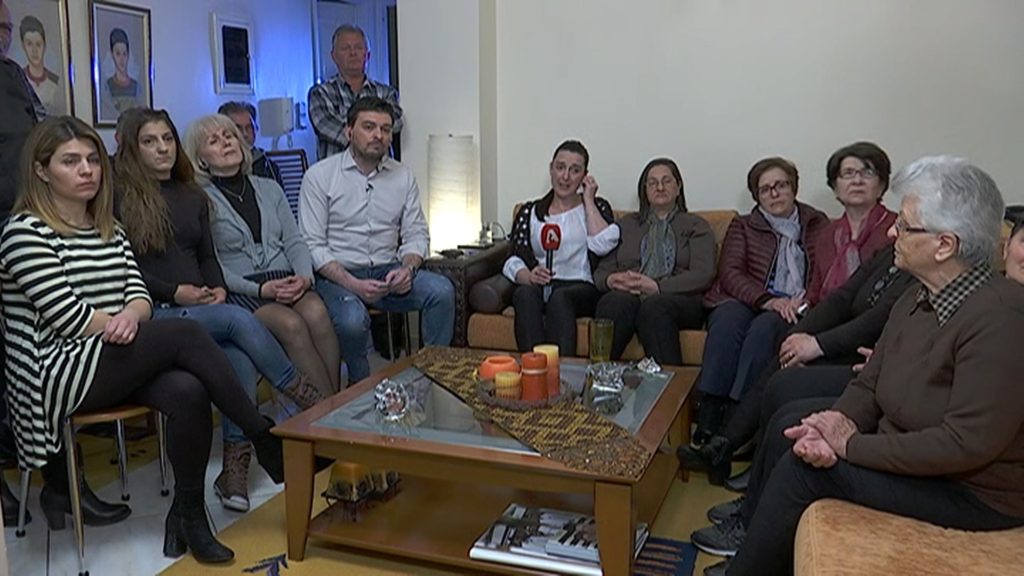 “We will go from Lamia to Larissa to search for her…”

What said to  Tunnel, Vasso’s  close friend from Lamia, Lemonia Panourgia moved the viewers. She described to Angeliki Nikolouli the agony of the nearby friends of Vasso.
She also thanked the show for the insistence on the survey, but also the inhabitants of Larissa who did not hesitate to give information.
“I appeal to witnesses to help. We are just before Easter, but for us the Week of Passions began from the moment when Vasso was lost. It is now necessary to organize surveys elsewhere.  We are prepared to help wherever we are asked… Is it possible that something happened to her and that we did not realize anything? We must serach more… We will travel from Lamia and go to Larissa! “she said excitedly.

See the revealing research of  “Tunnel” in the case, here.