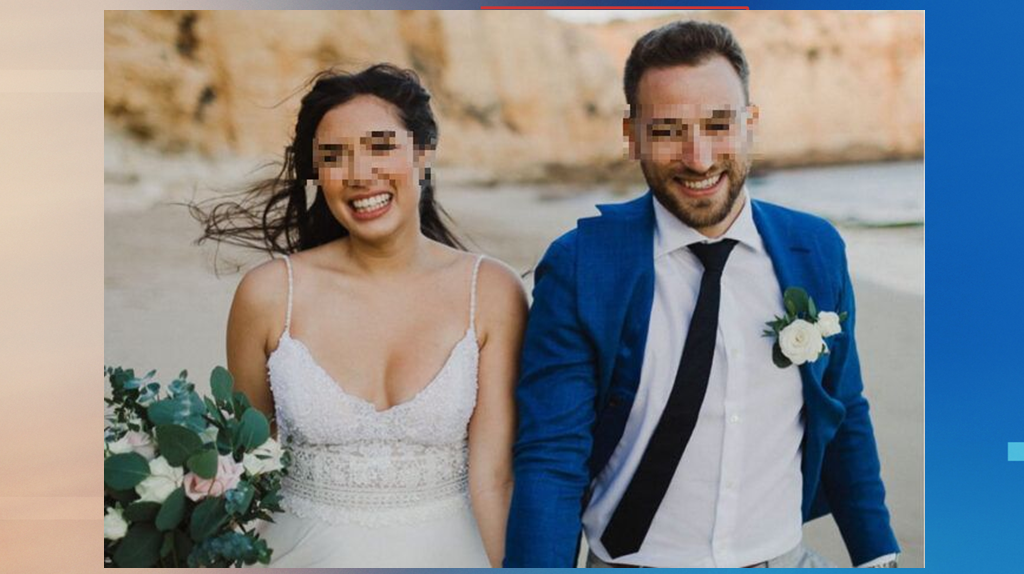 Horror but at the same time relief has been caused in Greece by the investigation of the murder of 20-year-old Caroline Crouch by her 33-year-old husband Babis Anagnostopoulos, which was made possible by the data collected by the Department of Crimes against Life, lead to confession.
Share

The show about the paranoid theater played by the helicopter pilot for more than a month has come to an end and now Justice is taking the reins for a case that shocked our society as few others in the forensic chronicles.

How many years in prison he would spend was his only question to the police who interrogated him, after what he had done and in the end he admitted that he acted alone and without the help or assistance of anyone else.

As much as there was from the first moment in the back of the minds of the police investigators the thought that he could be the dominant suspect in the case, he did not cease to be the only eyewitness to the crime and so the police were obliged to investigate thoroughly the possibility of robbery and the existence of the alleged three unscrupulous robbers. A scenario that may have been faithfully copied, from the unpleasant experience of the robbery that his trainer in the helicopters had experienced three years ago at his house in Alepochori, as revealed by “Tunnel”.

The script seemed plausible but had several gaps. However, the Police looked at every aspect of the investigation in this direction without even a single piece of evidence emerging that would lead it there.

At the same time, however, they received in the background testimonies from various people in the wider environment of the couple. At first glance, the couple seemed to be in love, but especially lately this was not the case and there were frequent frictions and intense fights.

While waiting for analyzes from the Forensic Laboratories for the version of the robbery that offered negative results to the Authorities, some technical analyzes were requested on the husband’s cell phone, the victim’s smart watch and the home camera. Recently the results came out and now bringing him to the Security for interrogation under the pretext of allegedly identifying another suspect, was a one-way street. The countdown, for the solution of the Gordian knot he had knitted, had begun.

For two hours after the murder he was setting the scene…

Nearly two hours after Caroline’s death, the 33-year-old pilot was setting the scene, he claimed. In the basement he broke the window in such a way that the version of the robbery invasion seemed plausible. He knew that the occupant who lived next door and could see him was absent that night.

Upon entering the ground floor, police found a large amount of dog dirt and then Caroline’s little hound hanging from its leash on the inner stair railing. The image is indicative of the savagery he showed to the dog until he strangled it, while the dog did not bark but only cried, because he was simply his boss. This was the only sound the neighbor heard after four in the morning.

He had previously removed the memory card from the camera. However, the time of removal in relation to the time of the alleged invasion of the robbers did not match. He was betrayed by an application of his mobile phone that showed that he was in constant motion in the area, although at that time he had claimed to the police that he was tied up, gagged and constantly losing consciousness…

He was also betrayed by the recording of biometric data in the smart watch of the undefeated Caroline, where the pause of her pulse did not match the time of death that he had determined with his deposition.

Yesterday in Alonissos, at the memorial of his wife and mother of his child, he played the last and most disgusting act of his theatricality. He hugged warmly and affectionately the mother of his wife who a month ago drowned with his own hands. The helicopter of EL.AS. transferred him to Attica Security. The police presented him with all the new data and after many hours of interrogation, in the end he “broke” and confessed.

He claimed that earlier in the night another intense fight had preceded between the couple. Another quarrel of the frequent ones which, as he claimed, took place on every occasion.

There was an exchange of messages with strong characterizations between them with Caroline in the attic and Babis in another part of the house, information that the police discovered on Caroline’s cell phone. She is said to have been looking for accommodation in a hotel with the intention of leaving home.

The pilot claimed to have climbed into the room and they had a fight. He said Caroline abruptly left the child in the crib and, already expressing her intention to part ways, pushed her onto the bed and pressed her head against the pillow until she died. He told police that at the thought of their child growing up without parents, the whole robbery plot was hatched.

A design in which he did not hesitate to use even his own baby by placing it next to the lifeless body of his mother.

He was prosecuted for two crimes (manslaughter and animal abuse) and two misdemeanors. A relevant warrant has been issued and when it is sent to the Security it will be taken to the prosecutor. Official announcements are also expected for the investigation of this highly acclaimed case by the Greek Police.