With an official announcement Greek Police spoke to clear up the murder in Koilada with offender the victim's wife .
Share

The case that first revealed in “Tunnel” shook the society of Argolida.

In order to confess the widow, Police of Nafplion, the Police Directorate of Argolida, the forensic laboratories and officers of the Department of Homocide  of Attica collaborated.

According to the statement, the 38-year-old English teacher and a 10-year-old girl’s mother confessed the assassination at dawn on Friday, July 24th. “She described in detail the sequence of events when committing homicide. During the quarrel with her 42-year-old husband, she shot him with a revolver, causing him to be fatally injured and then fled. “ 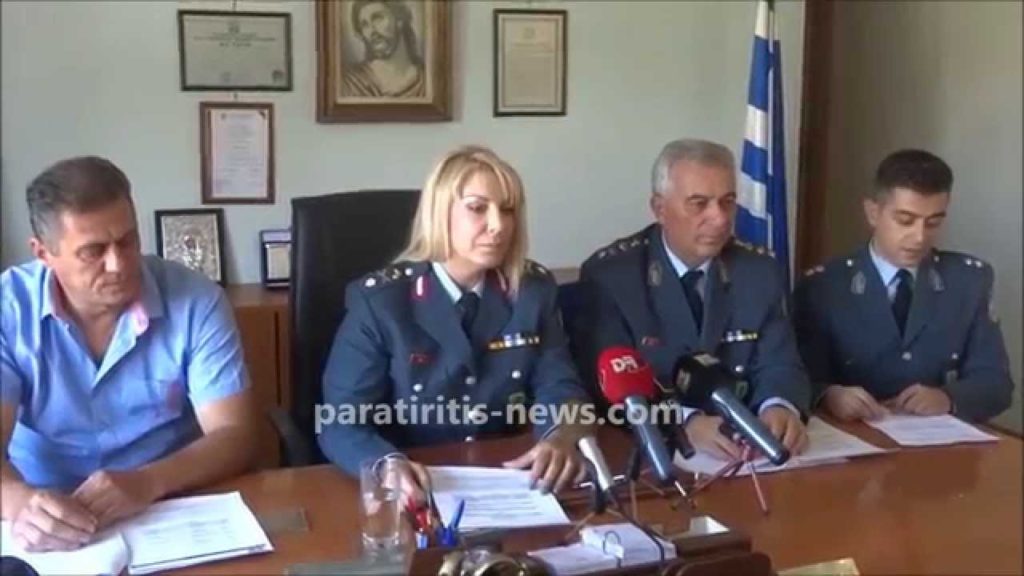 The perpetrator was arrested by an arrest warrant of the Nauplion Investigator and took the road of justice with the heavy homicide charge by intent.

The widow was disapproved of the investigator

Scams of disapproval unfolded on Tuesday, July 27, 2015, outside the Nafplion investigator’s office where the Captain’s “devilish widow” was led.

The police made an effort to protect Dimitra Voulgari from the wrath of the world. The woman, who played the absurd theater for seven months, depicting the bereaved widow, was to apologize to the investigator for the murder of her husband, whom she admitted in the presence of a public prosecutor.

He asked and took time to apologize the following day. According to police officers, she continued her theater and did not hesitate to blame even the prosecutor in whose presence she confessed her abominable crime against her husband and father.

She claimed she was forced to confess and “her defensive line was to take them all back, as the policemen said to” Tunnel “.

At the entrance of the investigating offices, relatives and friends of the unfortunate captain Thanassis Lambrou attacked her frankly. Her husband’s cousin’s furious wife cried out to her, “Witch, you called my husband a murderer.”

Father of Thanassis Lambrou, told reporters: “Seven months she was playing our theater, she was kidding with us, we suspected she was an accomplice, but not that she was a murderer. We believe she also had a partner. ”

The lawyer of the victim’s family, George Georgopoulos, said: “The family after seven months of an insane suicide attempt for their own person is finally demanding vindication. I want to focus on being a shameful crime “

The captain’s widow, while in custody at Korydallos Prison, filed charges against two police officers in the Nafplion department and all other officers.

She claimed she did not confess her husband’s murder during the trial, and she complained that she was physically and mentally abused.
The Board of Directors of Nafplion has dismissed all its demands for the annulment of verbal and oral statements as well as for her release. She even ordered an extension of her detention for another six months.