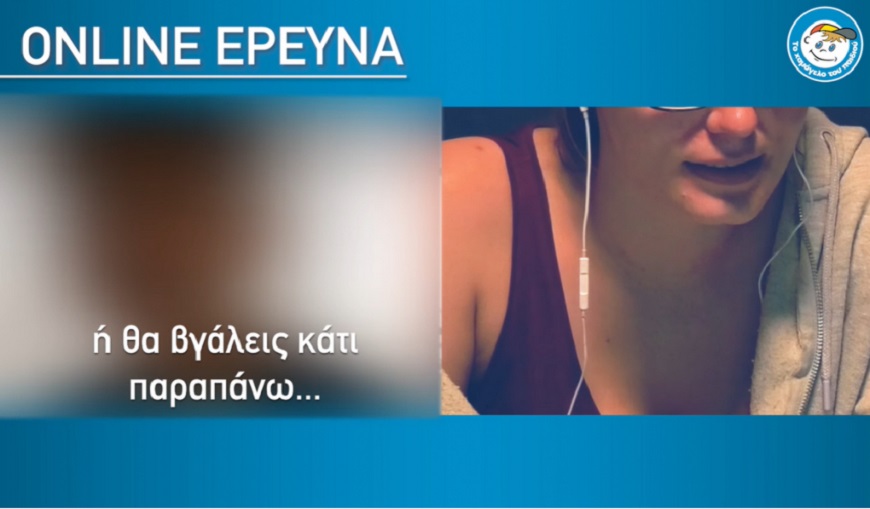 The dangers that minors can face on the internet were highlighted by the "Child's Smile" and the European Voluntary Student Network YouSmile, which organized an event "Staying Online, Safe" on the occasion of the World Safer Internet Day on Tuesday 9 February.
Share

During the event, shocking findings of the online research were presented on a well-known platform where children enter and make video calls with random users.

An employee of the Organization impersonating a 16-year-old entered a well-known application that uses a large number of children and adolescents, making video calls with random users. The following video reveals how easily a child or teenager can be the victim of a breach of personal data.

“How are you?” is the first thing he hears from the first use he connected with.

“Come and go. “Come and go, because I’m bored of pressing the button with you.”

“Do you want to take off the cardigan?” the next one tells her.

“Why should I take it out?” the girl asks and he says: “To see you a little more. Take her out to make a story. Come on, show me something more. We will make a video of you, everyone will see you “.

The data presented by the Founder & Managing Partner of Focus Bari, Xenia Kourtoglou from the research on “Increased use of social media during the lockdown increases loneliness and brings depression” were also important.

Ms. Kourtoglou presented the findings of the research concerning children from 5 to 12 years old and young people from 16 to 24 years old. According to the research, in 2020 amid a lockdown and in relation to 2019: