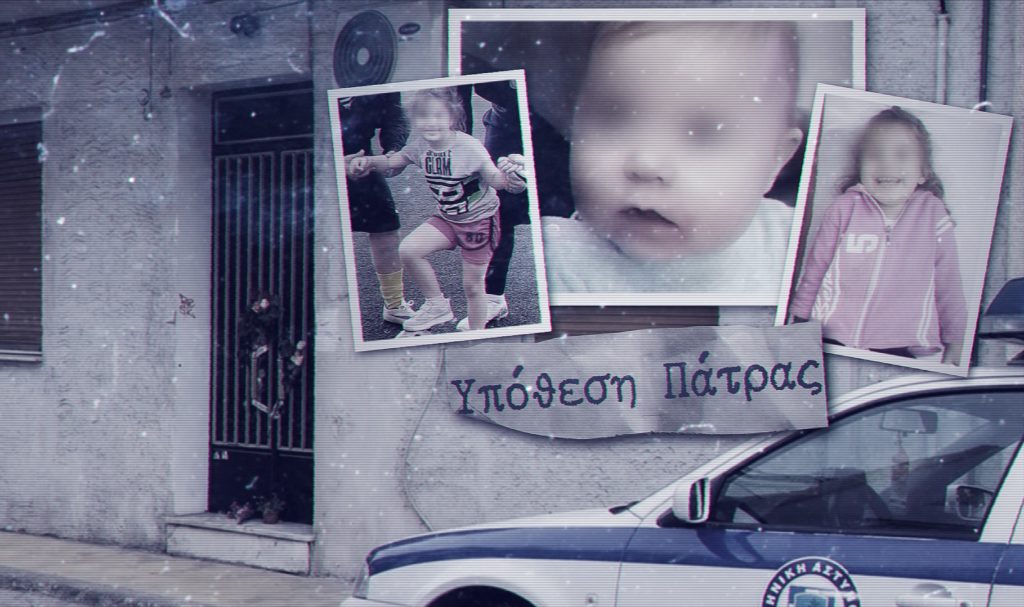 The beginning of the end in the thriller of Patras with the three dead brothers.
Share

Police and judicial authorities are completing their investigation and giving the answers to the hot question that has plagued Greek society for months now. If the death of the other two children of the family, Malena and Iris, is a murder, like that of 9-year-old Georgina.

The results of the toxicological tests on the two children showed, according to information, that no toxic substance is responsible for their death. On the contrary, the result of the histological examinations handed over to the medical examiners in charge of the investigation, leads to the conclusion that the two little girls died suffocatingly.

The revelation of the show about the death of the 6-month-old Iris, shocked.

Element – “key”, the cloth of the child found in his crib. Forensic laboratories showed that the stamp on him was not blood from the wound in his mouth but scattered bloodstains, that is, fluid from the lungs along with blood, caused by severe pneumonia, which simply means pulmonary edema by suffocation.

This image is completed by the message that the accused sent to her then husband regarding the Iris cloth that she always kept in her sleep.

Roula Pispirigou: Send me the phone number of Chiola (medical examiner who necropsied the baby in Patras). I want him to give me the baby cloth.

Manos Daskalakis: What is this glimpse?

Roula Pispirigou: I had a dream that they did something on the cloth and I want to get it.

This lack of oxygen, as long as it is not associated with poisoning or pathological causes, was caused by suffocating death.

The father of the children, Manos Daskalakis, who is considered a “key” person in the whole story, testified for hours at the offices of the Homicide Department in Athens.

The “Tunnel” brought to light again part of the long conversation that Angeliki Nikolouli had with him. What he was saying then and what he is saying now… He also insisted to the police that he had not understood anything from the behavior of his wife, who more or less presented her as a model mother.

Everything he now claims is in stark contrast to what he claimed about Roula in his friendly environment. The show aired from another point of view, the testimonies – “fire” for Roula’s extreme behaviors, which appeared both from his statements and from his messages.

The woman with whom he allegedly had an affair after his separation, said according to testimonies from their friendly environment, that he had seen her throw the baby with force into the crib.

While he understood his wife’s behavior and the problems she was facing, he did not remove the last surviving child, Georgina, from her ailing environment.

He had stated angrily, as can be seen from the messages that follow, that he would take her, but he limited himself to seeing her for ten minutes, as his friend, who was hosting the 9-year-old girl, tells “Tunnel”.