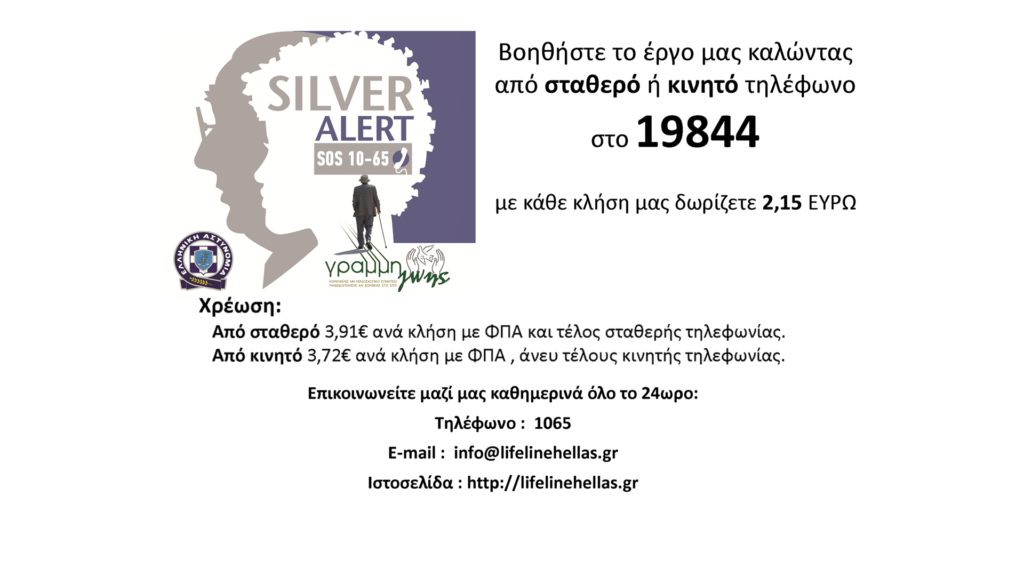 For many years the Life Line has been on the side of vulnerable people, helping to identify hundreds of missing people with the Silver Alert service.
Share 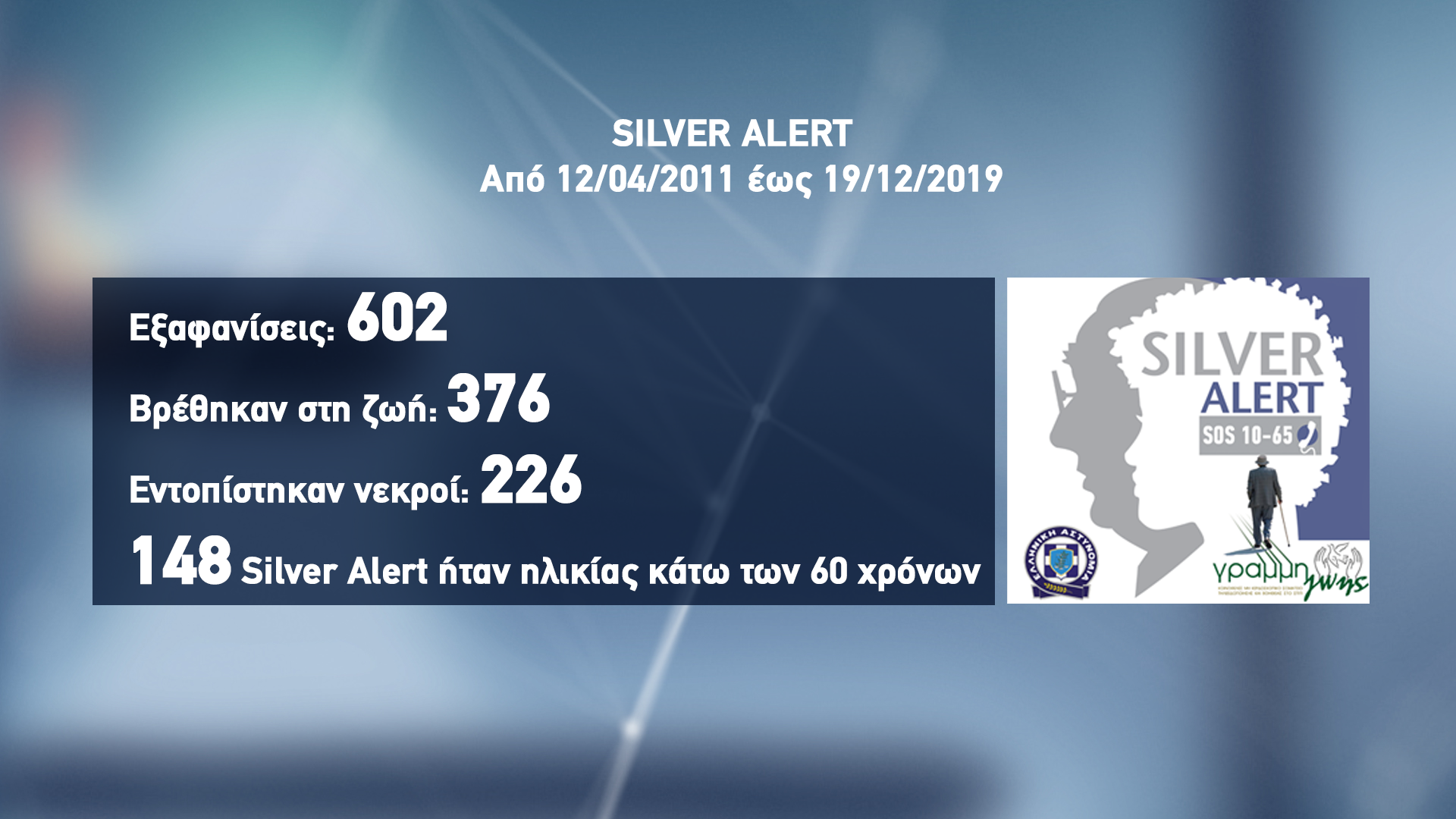 In the disappearance of unknown persons, 67 anonymous elderly found their family environment in Greece, while four anonymous Greek elderly were found abroad and repatriated. 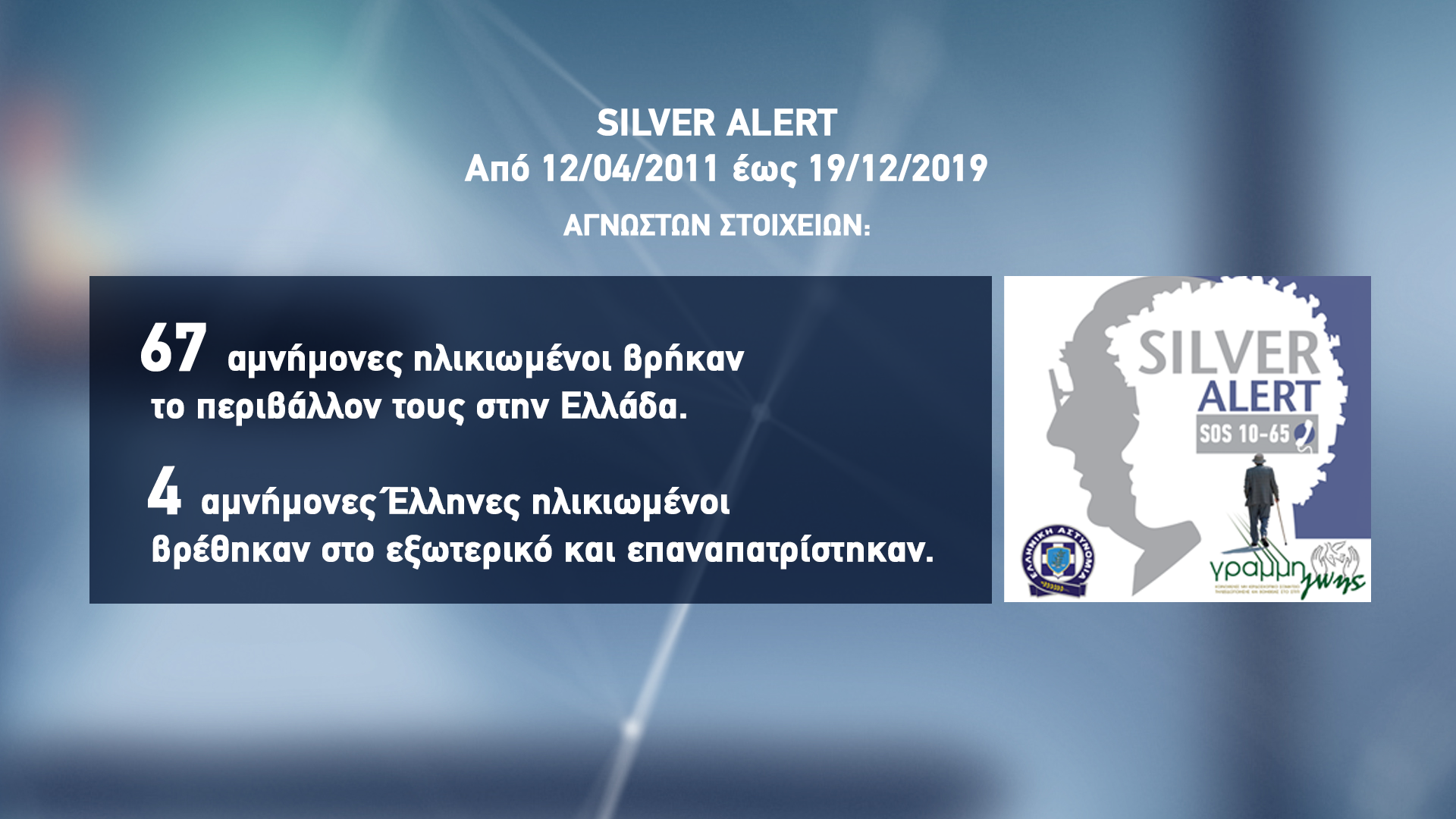 From the show’s studio, Gerasimos Kourouklis, chairman of the board of directors of Life Line and commander of the Silver Alert service, thanked the show and Angeliki Nikolouli for her contribution over the years to finding our fellow citizens.

“You are the first person to stand with us,” he said.

Calling from cell phone or landline in 19844, you can enhance the Life Line to continue its social work. 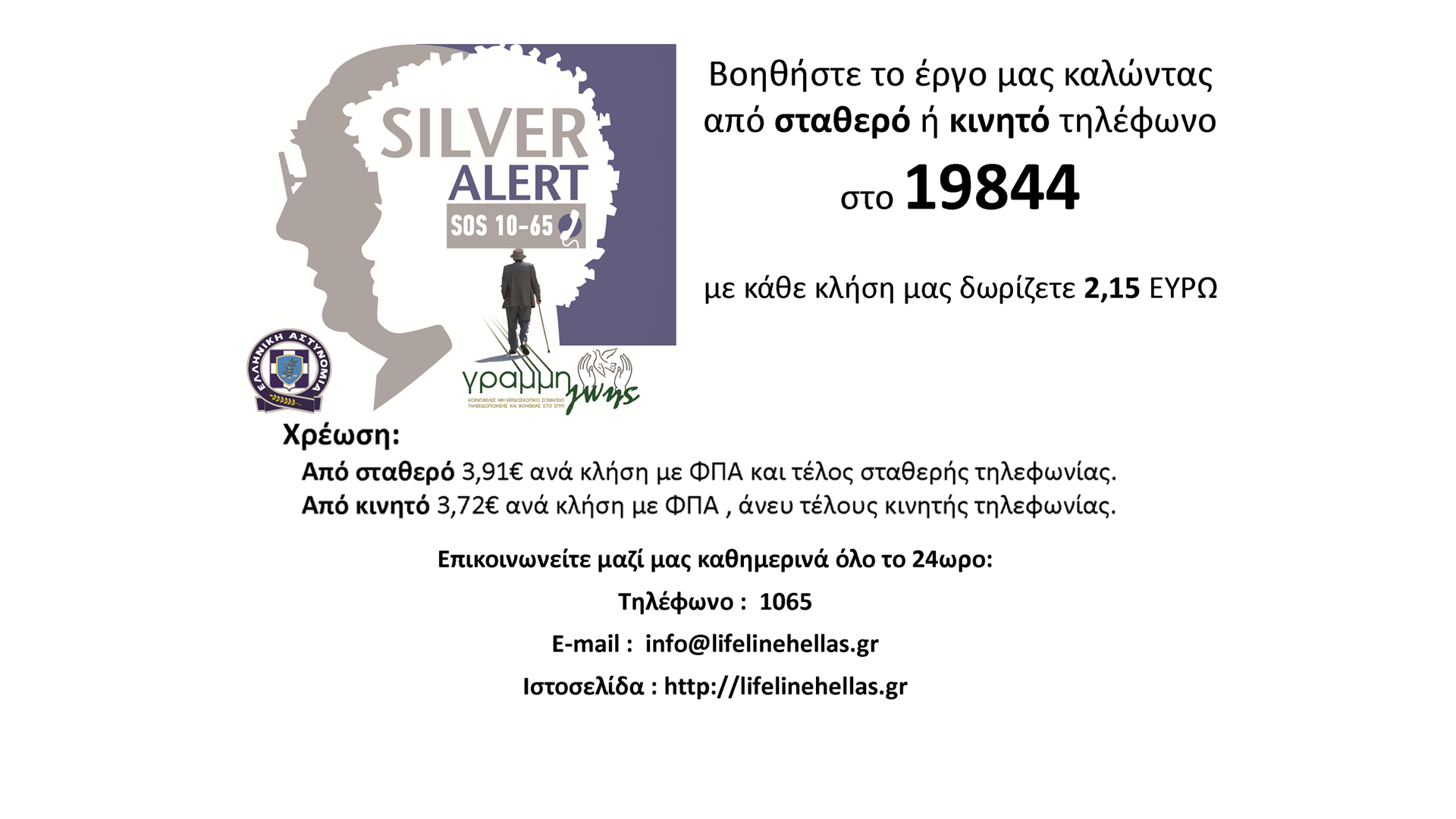 Silver Alert is organizing a seminar on “The Adult Disappearance and its Causes”.

During the workshop, the results of the Silver Alert service will be presented, as well as the first public presentation of its plans and proposals for the future.

Honorary awards will be awarded for the many years of excellent cooperation with Silver Alert, to representatives of Foundations, Authorities, Corporations, Journalists, Ministers – Members, Volunteer Bodies and individual Volunteers. The Journalist-Researcher Angeliki Nikolouli will also be honored for her significant contribution to the service.

Special recognition will finally be given to music composer Mimi Plessas.