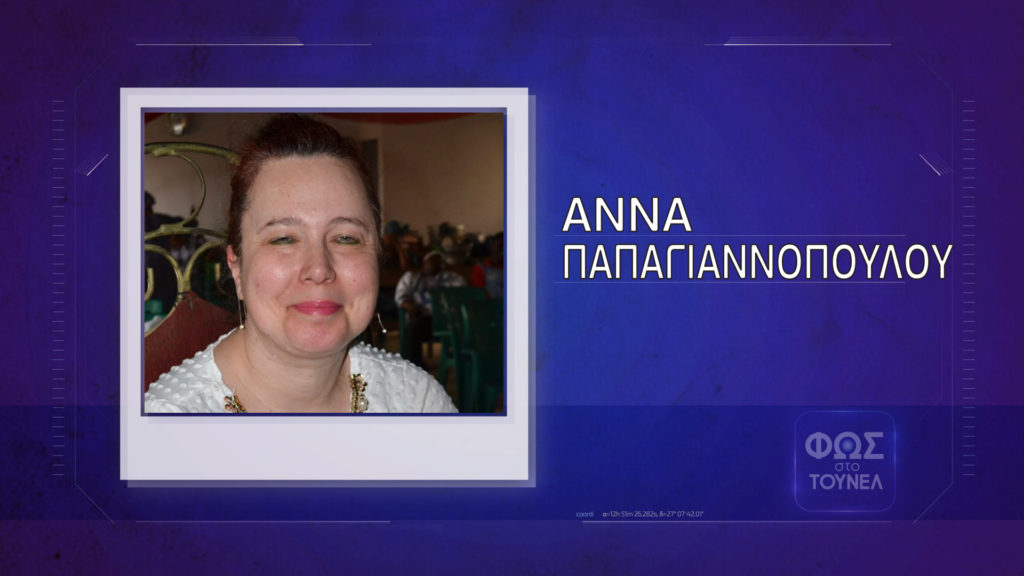 Positive developments for another Friday night, during the live show.
Share

Angeliki Nikolouli, with the help of viewers, located 46-year-old Anna Papagiannopoulou in a sensitive area seven months after her disappearance.

Her traces had been lost from the center of Athens at the end of June.

Her disappearance was reported five months later by her alleged Nigerian husband.

It seems that the authorities did not coordinate and did not realize that the woman who had been declared missing, was in front of them…