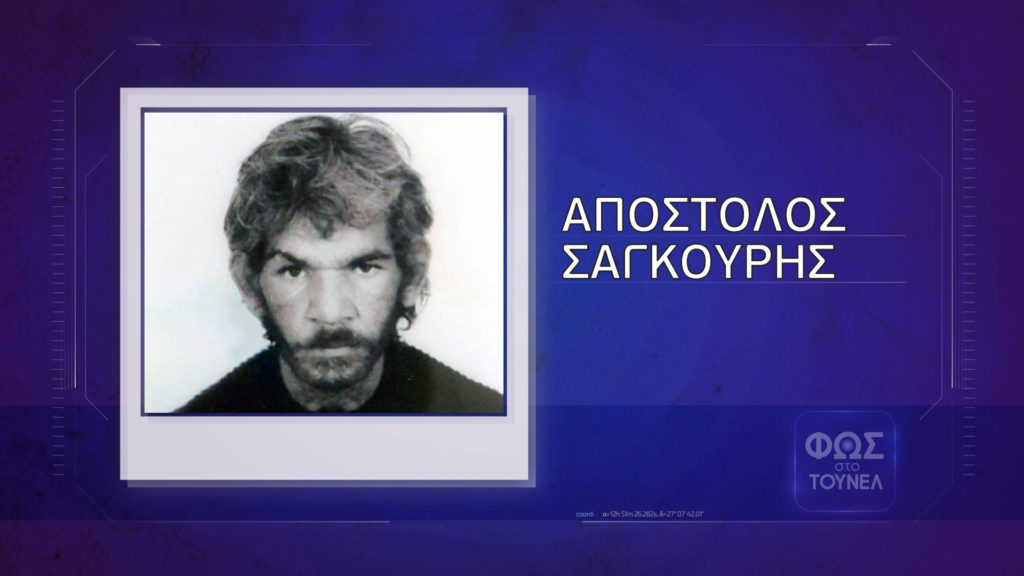 The help of the viewers was once again very important in locating a distressed fellow human being.
Share

Apostolos Sangouris, 38 years old, was found on the night of Friday, December 3, during the live show, being treated at the “Ippokratio” hospital.

The “Missing Alert” mechanism was immediately mobilized, which confirmed that the patient in “Ippokratio” was Apostolos, who had been missing since Friday, November 26, from AHEPA.

The information that reached the “Tunnel” call center was a lot and provided the solution to his disappearance. His relatives were immediately informed.

His brother, who went to the hospital, confirmed that it was him. Mr. Sangouris appeared on the show by phone to thank Angeliki Nikolouli and her associates for their valuable help in locating his brother.

For his disappearance Missing Alert had been activated.