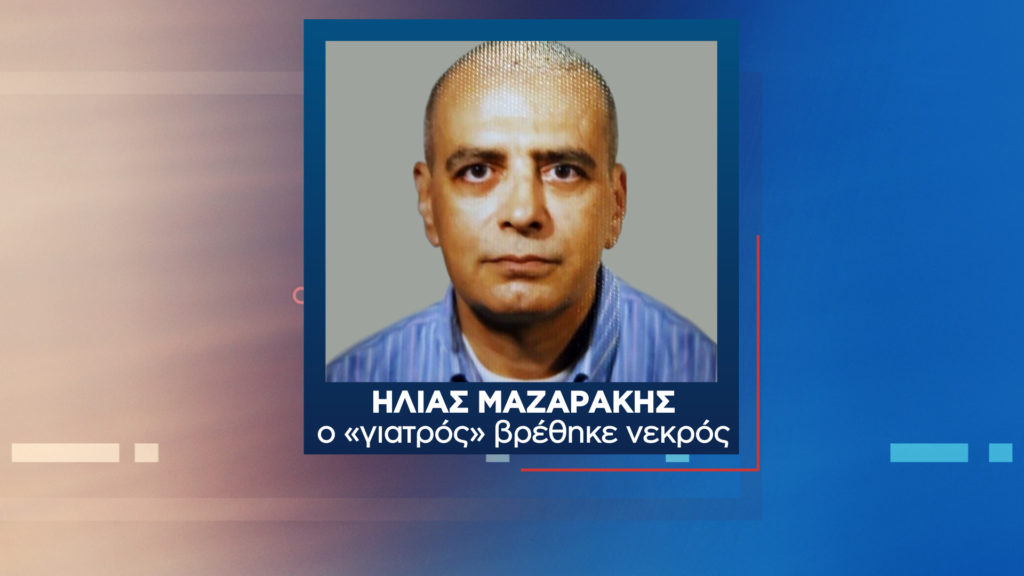 The show brought to light the whole unknown background in the case of the infamous wanted "doctor".
Share

Elias Mazarakis, 59, who executed his grandfather, his aunt and was accused of the double murder of Nikolaidis – Kalathaki, was hiding like a mouse “between our feet”.

The “Tunnel” found the man behind the identity of Mazarakis, who was not sought by the authorities, as they claimed that he was a non-existent person and that the documents were forged.

In Nea Smyrni, the neighbors of the fugitive criminal, talk about a strange and dark man with a scary look, who deliberately avoided social contacts.

The “Tunnel” spoke with his relatives in Corfu, where he had committed the first double murder at a young age.

Brought to light the letter he had sent, spoke to the relatives of the victims and presented the long and thorough investigation that revealed the gang, part of which was the “doctor”.

Women, drinks and family in Italy…

“He would make noise when he was drinking at night and bother us when we were sleeping. We heard him insulting women a lot with bad words. At times when I saw him, he camouflaged himself so that his face would not be clearly visible. He sprayed his hair and made it sometimes gray, sometimes white. Once I asked him if he lived in this apartment building, he replied “oh, do you check on me now?” He was generally quiet, but he was scary with his eyes, he was a wild man. We were impressed that the deliveries called him to go out and pick them up at the front door himself. No one entered the house. None of the apartment building knew anything about him. We had a snake next to us, a criminal… His eyes were dark, he had psychological problems and it seemed that he was hiding something “, residents of the apartment building told “Tunnel”.

The wanted man used the TIN and the identity of another person in order to proceed with the lease of the house. Authorities said the documents were not genuine and did not investigate it further. The “Tunnel” searched and found the face behind the identity and talked to him.

The “Tunnel” finds the man behind the identity of the “doctor”…

The show located the man behind the identity of the “doctor”. Elias Mazarakis used the identity card and VAT number of Apostolos Filippas to rent the property on Velissariou Street in Nea Smyrni, where he had been living for the last two years.

The “Tunnel” found the man that the authorities did not look for. He himself spoke on the show’s camera about the case, claiming that he did not know anything and simply lost his identity.

“I was robbed and I lost my passport and my identity”, he said.

After the investigation of the show, the police of Nea Smyrni, invited him to appear at the Department, in order to be examined as a witness.

The lawyer: I recognized him dead…

The lawyer of the “doctor” Ilias Mazarakis, who has been living in the shadows for the last two years, spoke to Angeliki Nikolouli. She describes how the mystery unfolded, but also how and why she was called to the hospital.

“They called me and told me that Mr. Tassioulas had passed away and asked should anything happened to him, to contact me. As soon as I saw him, I told them that he was Ilias Mazarakis. That’s how the fingerprinting was done and the tip was found,” she stressed.

“We have been friends since our student years and I had contact with his mother. He probably had my phone number since those years. I learned from the doctors that he would often go to the hospital for examinations and used a fake name, but it is real. I wonder with what data he rented the house, since he needs a VAT number in addition to an identity card in order to be identified through the tax office”, she said characteristically.

Kaiti Kalathaki: He was hiding like a mouse between us…

The mother of the unfortunate Soula Kalathaki spoke to “Tunnel” and Angeliki Nikolouli about the latest developments in the case. For many years she was giving her own fight with the journalist to bring the truth to light.

“Nemesis dear Angeliki, I told you from the first moment. I unjustly lost my girl. Not that I ever saw him, I only saw his mother in the courts who said “to have a child and for it to be a killer? I do not want him as my child, I do not know him. He was between our feet for so many years like a mouse hidden. Justice is being delivered. A big “thank you” first of all to you for the fight you gave. If it were not for you, nothing would have been found out of all this dirty custody. I hope something like this never happens again to any other mother,” she said at an emotional state.

“Our parents were lost with this pain…”

“The wound is always open for us, however, the fact that the killer was found, it is a relief because he has been out there among us for twenty-three years. My parents left with this misery. Unfortunately everything was done for the money. It was a trial that lasted months and I will not forget Angeliki that they came there and you insisted for light to be shed. I want to thank you for leaning over the problem and for helping us find the truth.”

What Mazarakis’ relatives said in the “Tunnel” and what he himself claimed in a letter he sent to the interrogator.

The show presented in a summary video the main points of its long-term investigation into the double murder of Nikolaidis – Kalathaki and the revelation of the gang.